Ever since thriller One Missed Call surprised over Super Bowl weekend back in 2006, studios have realized there is still a movie market during the famed sports-centric frame, claiming hits the “Hanna Montana” movie, Dear John and Taken.

The latest in the found-footage genre, Chronicle, joined that growing list, debuting far above expectations with a strong $22 million. Budgeted at just $12 million and with little but a viral marketing push, this should prove as a profitable venture for Fox. Its success also marks a hugely promising debut for helmer Josh Trank, who is one of the youngest ever first-time directors to open a movie at number one at just 26 years of age. 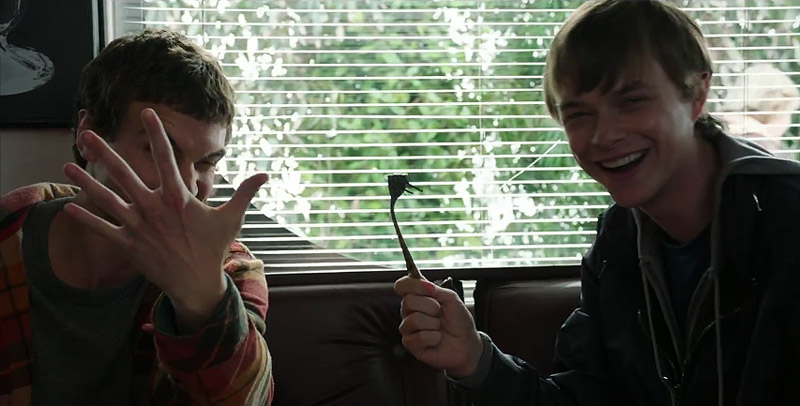 Showing that Daniel Radcliffe does in fact have clout outside of the “Harry Potter” franchise, the now-wandless Brit led his period horror film, The Woman in Black, to a narrow second-place finish with a stellar $20.9 million. Also surging above industry projections, “Black” had good reviews and the teen girl crowd to push it above the norm, making this the eighth best opening ever for a period horror movie.

Falling an expected 53 percent, last week's champ The Grey slipped to third with $9.3 million and a $34.6-million total take. This drop is steeper than Liam Neeson’s recent outings, but considering the "R" rating and two new films targeting similar audiences, this is far from a surprise.

Unlike Dolphin Tale last year, Universal’s Big Miracle did not connect with families in its first weekend, collecting a mediocre $7.7 million. Good legs should follow as only two other family films open over the next month and word of mouth has been strong.

Over the weekend, the rebirth of a franchise was completed as Mission: Impossible – Ghost Protocol smashed through the $600-million mark worldwide and now is by far the highest grossing of the franchise, not to mention star Tom Cruise’s biggest international hit of all time.

Four decidedly different movies open in multiplexes next weekend led by the ultra-wide release of fantasy sequel Journey 2: The Mysterious Island in 3,400 theaters, which is already making a splash overseas. Denzel Washington and Ryan Reynolds match wits in Safe House, which will secure itself in 3,000 showings and rom-com The Vow with Channing Tatum and Rachel McAdams will bring in the ladies in 2,800. Finally, the true popularity of the “lesser” Star Wars movies will be tested with the 3D re-release of Star Wars Episode I: The Phantom Menace, which will force its way into 2,600.