By: Patrick Cowles | PC News | April 13, 2014
Announced earlier today at PAX East, 2k Games and Firaxis Games revealed a reboot of the science fiction turn-based real-time strategy game which mirrored Civilization.  Fifteen years after the launch of Sid Meier's Alpha Centauri, a spiritual successor named Civilization: Beyond Earth will bring the alien planetary setting into the modern Civilization engine.
Featuring many of the same mechanics from Alpha Centauri, Civilization: Beyond Earth is not simply a Civ game in space; from what has been released today this newest RTS in the Meiers family appears to be a long awaited sequel or successor to SMAC.
Players will be able to colonize a planet after seeding an expedition sponsored by one of eight unique factions.  The technology tree will play a heavy hand in unit creation allowing players to augment and upgrade units to fit their own style and circumstances. 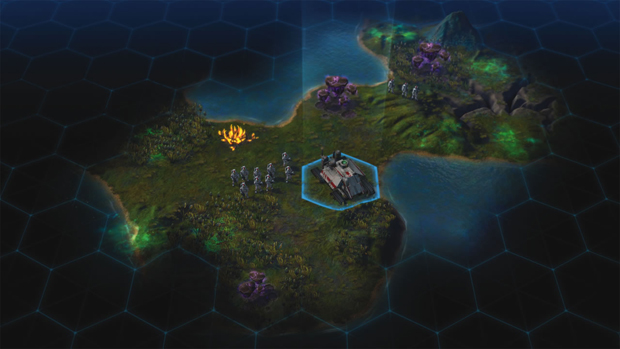 Not much else has been released detailing gameplay at this time.  An orbital layer will be implemented providing an additional realm of gameplay as offensive, defensive, and support units can be deployed in orbit.  These units will offer military, economic, and scientific benefits.
Firaxis has also added a quest system, probably similar to the city-state system of Civilization 5 infusing fiction into gameplay that will lead and aid players in gaining resources, unit upgrades, while advancing towards victory.
Civilization: Beyond Earth is expected to release during the Fall this year and will support multiplayer gameplay and modifications.