"Heroic Origins," the penultimate episode in Community's fourth season, is weaker than last week’s strong outing, but is still a great deal stronger that the majority of this season’s offerings. This week we are treated to the comic-style origin story of the study group, and we also find out who has been pulling Chang’s strings for the entire season (and it is quite the letdown).

As the group’s history final rapidly approaches, Jeff attempts to focus the group on studying. However, Abed has crafted together a “Crazy Quilt of Destiny,” seeking to prove that it was fate that brought all of them together and not simply Jeff trying to hit on Britta. To that end, Abed has managed to place together the various moments in the past where members of the group crossed paths. Unfortunately, as is so often the case, despite having the best intentions, Abed’s project ends up showing that Jeff encouraged a stripper to sleep with Shirley’s husband, Annie convinced Troy to fake a leg injury and miss out on a college football career, and Britta freed Annie’s Boobs the monkey and set him loose.

While several of the flashbacks are pretty funny (of particular note, Abed telling Shirley’s sons that he goes to every theatre playing The Phantom Menace to warn people away from watching it, and the Dean taking Shirley’s lingerie from the mall), it feels a bit as if the show is trying too hard to be funny. A lot of what we see does flesh out the backstories we know about the characters, but I would rather have a whole episode set in the past, where we could have the time to really see what made the “old” characters tick. 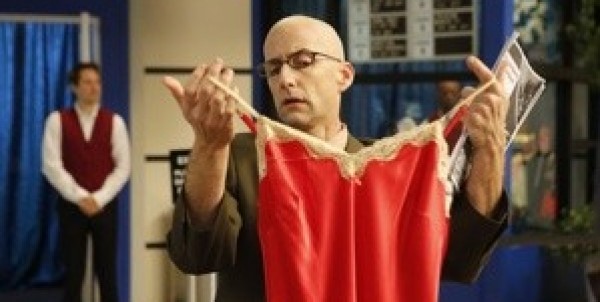 Most episodes this season have been focused on breaking down the study group during the episode, only to see them all reunite at the end. While that certainly occurred in a few episodes in previous seasons, it has been an almost constant occurrence this year. Rather than offer a series of small conflicts (or even massive, school-wide conflicts on par with the past paintball wars or blanket/pillow fort wars) throughout an episode, it has been disappointing to see a formulaic approach to nearly every episode. Each week, a person or several people say or do something that implodes the group, forcing them to eventually work through their problems and resolve them by the show's end. I would much rather have the varied storytelling form used during the Dan Harmon era than the standard sitcom formula the show is currently utilizing.

The episode’s B storyline is the conclusion of the Changnesia story, which sees the Dean of City College revealed as the mysterious person calling Chang on his cellphone. While the conflict between Greendale and City College has been ongoing throughout the series, this reveal is pretty dull and awfully predictable. All in all, the use of Chang this season has been one of the series’ major missteps. The character has been particularly annoying since it was revealed that he was faking his memory loss, and while it was clear from the tag that City College is still gunning for Greendale, the reveal itself (which the show has been trying to build up to all season) is anti-climactic. 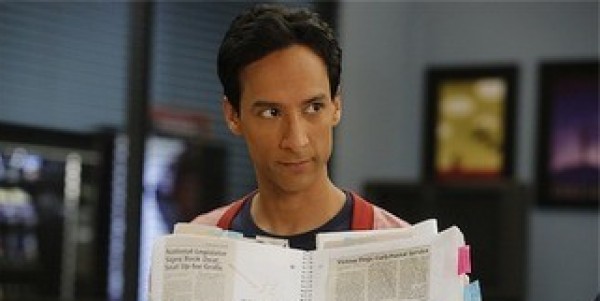 -- Again, there is no Pierce or Chevy Chase in this episode, as it was filmed after he left the series. The man falling in the frozen yogurt was a body double. Chase will appear in the finale, as it was filmed prior to his leaving the show.

-- We got to see the origin of Magnitude’s “Pop pop!” catch phrase, and it was a bit of a letdown.

-- The end of the episode saw the redemption of Chang, which is a bit of a deus ex machina. It also appears that Abed was aware of his deception the whole time, which was the more interesting element of the story, and I would have liked to see how he came to realize that truth.

-- I’m still confused about the timeline - now we’re at finals? Is it meant to be spring finals, which means everyone is set to graduate, or winter finals with only Jeff graduating?

-- The Dean’s revelation that Greendale is leased from a local Native American tribe has to lead to a future Halloween episode about the school being on a haunted Native American burial ground, right?

-- Next week marks the fourth season finale of Community. NBC has not announced whether or not the show will be renewed, so this episode could very well be the series finale of the show as well. While I have been disappointed with much of this season, part of me hopes for a renewal to see how the show can evolve with the characters (presumably) graduating.