Community- “Repilot” and “Introduction to Teaching”: A Welcome Return to Greendale

By: Jean Henegan | TV Reviews | January 3, 2014
A lot was wrong with Community last season. While it would be easy to pin the largely forgettable fourth season squarely on the shoulders of last year's new showrunners Moses Port and David Guarascio, that would be unfair to both, as they were pretty much set up to fail. There is no one who truly understands what is needed to make the eclectic, and surprisingly complex, characters at the heart of Community tick other than creator Dan Harmon. And what a world of difference having him back as showrunner has made in just the first two episodes of the season. Rather than explain season four away as one of Abed's hallucinations, Harmon opts to address the pink elephant in the room: last year, everyone acted strangely out of character (apparently there was a gas leak - although, as Jeff said multiple times, you can't just blame the gas leak for everything). Oh, and everyone graduated. Luckily, with all the characters miserable in their post-Greendale lives, it only makes sense to return to the school as students (or, in Jeff's case, as a professor) to chase their true dreams (or, in Britta's case, continue down the path to psychology failure, because Britta is the worst). Were these two episodes among the best in the Community echelons? Nope. But watching each was the equivalent of having a nice mug of hot chocolate on a cold day. It warms your heart and television-watching soul to once again be in the presence of the familiar Greendale gang. Troy and Abed's bromance is again going strong (with no sign of an ill-advised romantic entanglement in sight - although the ominous references to Zach Braff's departure from the ninth season of Scrubs hints at trouble down the road). Annie is no longer the shrill and lost character of last season. Britta is back to her advocacy roots (although still harboring her own ill-advised academic dream of becoming a psychologist). And Shirley has again hit bottom, but also has a lovely moment with Abed that reminds us that she is really the den mother of this group. And Jeff is Jeff, Chang is back to being Chang, and the Dean is still awesome (and complete with a new inner-commentary in French). 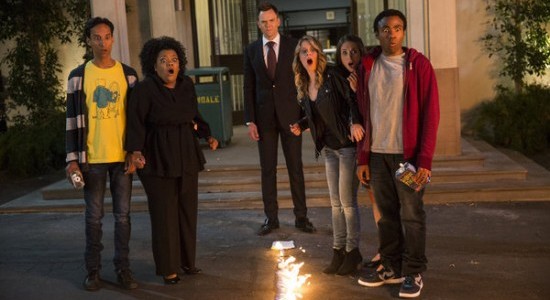 Need some more evidence that things appear to be chugging along full speed in the right direction? I found  myself laughing out loud several times throughout both episodes, something that almost never happened last year. The addition of the wonderful Jonathon Banks as Professor Hickey as a replacement of sorts for the departed Chevy Chase/Pierce is a stroke of genius. Banks, who was most recently seen as Mike on Breaking Bad, is spot on as an angry and disenchanted teacher. Combining Banks' tough guy character actor background with his formidable comedy chops has, so far, resulted in comedy gold. I'm excited to see how Hickey continues to fit into the series. So much of what was missing last season came down to a lack of heart in the characters. The snappy dialogue and pop culture references were there, but the characters we had grown to love (or, in the case of Chang and Pierce, tolerate) were missing. This one-two punch is a great start in what will hopefully be a return to quality for Community. If anyone can bring back the magic to Greendale, it's Harmon.  Maybe we will get our #sixseasonsandamovie after all. 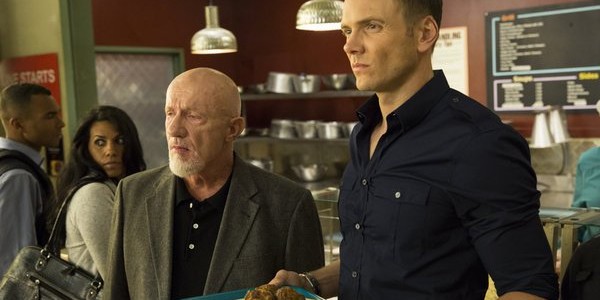 Final Thoughts: -- Over the summer, the announcement was made that Donald Glover (Troy) will be leaving the series after the fifth episode of the season to focus on his music career. Now that Abed and Troy have reunited in such an excellent way, I'm even more sad to know that Troy will be leaving the duo. I'm hoping that Abed's new and surprising connection with Shirley (who would have pegged her for a Hellraiser fan?) will lead to him being paired up with more characters. -- I just want to reiterate how great it was to see Annie back in true Annie form. She was the character who suffered the most during the fourth season, and the new team just didn't know how to deal with her (and, frankly, Harmon had started losing some control over the character at the end of season three as well). She appears to be back and ready to succeed now. Hopefully she stays that way. -- Even though I'm pretty sure we all saw Jeff becoming a teacher as the answer to dealing with his Greendale graduation, I have to admit I am surprised he has taken to the position so quickly. Then again, we all knew there was a heart of gold under that gruff and too cool exterior. --For those wondering, Chevy Chase's surprise appearance during "Repilot" was the result of newly filmed footage and not simply extra film from last year. According to Harmon, Chase was receptive to a quick return for the scene, but it was filmed on a different soundstage and away from the rest of the cast, per Chase's exit deal with Sony. As annoying as Pierce was over the course of the show (and as annoying as Chase proved himself to be), it was quite the lovely surprise. --Is anyone else worried Greendale might become a decent school by the end of the season? That's a truly frightening possibility.
Rating
8.5
Pros