Diane Kruger Hits The Small Screen in The Bridge

Diane Kruger has made the switch from film to the small screen a the new series that just premiered last night on FX. The show is called The Bridge, and the gritty drama focuses on the border between the United States and Mexico and all of the crime and violence that can occur there. It is a very heated issue that many people are forced to deal with on a daily basis and one that we have not seen on television up until this point. Kruger has gained much of her recognition from the popular film Inglorious Basterds and she looks to capitalize on that with this series as she plays a police detective that also battles with Asperger's, a syndrome that affects her behavior at work.

Kruger plays Sonya Cross, an El Paso police detective forced to team up with Marco Ruiz, a Chiuhuahua State police detective, after an American is murdered on the border between the United States and Mexico. Ruiz is played by Demian Bichir, who received an Oscar nomination for his role in A Better Life. The relationship between the characters is constantly tested as well, since they are forced to deal with difficult issues involving crime near the border. Kruger has also expressed how it is a constant challenge to portray a character with Asperger's and she was also quoted saying "It's a great part for a woman. We don't get those parts very often in movies and it's a very exciting time to be on cable these days." It is exciting to see a woman in a role such as this one and it will be interesting to see what comes out of this show. The series premiered last night on FX and will air on Wednesdays at 10 PM. 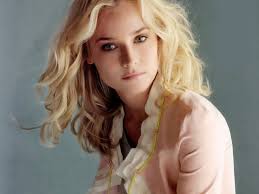