Don’t Starve: Reign of Giants Hands-On: Hunger is the Least of Your Worries

By: Josh | PC Features - PS4 Features | August 4, 2014
Don't Starve is an incredibly brutal game. It pushes you to the brink of your capabilities every single time you play it, whether you are starting a brand new character or picking up where you last left off. The game tests your sanity by throwing so many things at you at once with little information and expects you to multitask each facet to get you to just one more day. It was not for the faint of heart for players  and certainly not for ones who enjoy a more hand holdy approach. With that said, the new Reign of Giants DLC looks to tear players a new one and it succeeds in a most glorious fashion.
To say that Reign of Giants is simply a new piece of content is entirely misleading. When I think of modern DLC I think of one new mission or some items or at the very most a brand new area to explore. Reign of Giants more resembles the likes of an expansion pack from way back when or like the most recent X-Com content. The game has seen an entire overhaul that has not only changed some original aspects but has added countless other things to make surviving just that more hellish. 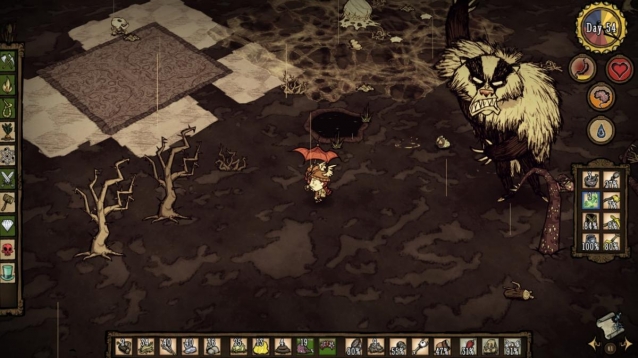 The most obvious change to the game lies precisely in the name, giants. What are the giants? Well so far they have acted much like other fauna but bare a much larger size. Some are hostile, some are not, some only come during certain seasons. Of course Don't Starve is well known for its secretive nature so it's very possible the true motives of these giant beasts have not been found by the likes of me yet. Still, it's pretty cool to see these things around the world and definitely raises the tension throughout the game.
By far the biggest and most deadliest changes in Reign of Giants is the addition of two new seasons, the rainy spring and sweltering summer. In vanilla Don't Starve the world revolved around two major aspects, surviving winter and preparing for winter in the offseason. Now winter looks like a minor hindrance compared to the one-two punch that summer and spring bring. Spring tacks on an entirely new element of wetness to Don't Starve. While at first it may seem helpful, after all the heavy rains does cause plants to grow much faster not to mention your very own crops, the devil truly lies in the details with the rain. 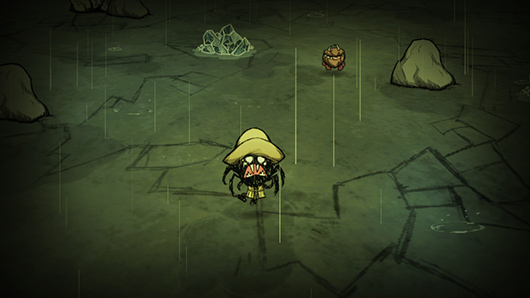 As you character continues to get smothered with tiny raindrops, things begin to get wet, very wet. Food spoils much quicker as it soaks in your pockets and  when night comes along you better have a hefty fire to keep you warm or the water may freeze you where you stand. The rain meter doesn't just last for spring however, it cam pop up within any season and making them just that much more challenging to claw through.
When summer rolls around things quickly go from bad to worse. Much like winter, it is very hard to get anything done properly in the summer due to the overbearing sun. It radiates through every day and night, so much so that a typical fire once used for survival is now a very really threat to your life. Summer clothes and items must be prepared in advance to even have a chance at making it out alive such as summer shelters or umbrellas. It is relatable to the perils of winter but varies just enough to make it an entirely unique experience. It does help now that every once in awhile you will get a full moon. Previously, the darkness was nearly impossible to traverse well and an especially daunting task. Now, every once in awhile you will get enough moonlight to be able to see, granting you valuable extra time to collect items for the days ahead. 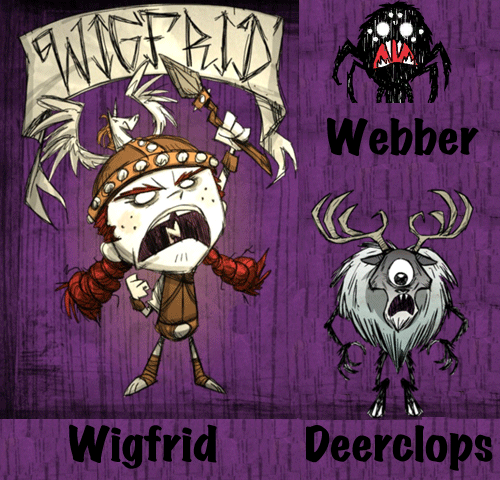 Along with the new seasons and giants you will also see a huge variety in items, biomes and wildlife. Goats with electric horns are scattered across the new desert landscape along with vicious dogs and bloodthirsty vultures. You can tackle these new endeavors with the old cast or jump in as one of the two new characters. Wigfrid's strength relies in her combat prowess, boasting a unique spear and helemt to chop through the enemies lined in the wilderness while Webber depends on his unique interaction with different character types. They both are excellent new additions and can mix up how you play Don't Starve to keep it constantly fresh and entertaining.
With all of that being said, Reign of Giants is excruciatingly difficult. If you thought Don't Starve alone was difficult, things go even more south in Giants and a lot faster than before. You do as always have the ability to tweak the world generator how you like and could theoretically make it more suitable for yourself; however the fact remains that this is a tough piece of content and hard to suggest for players who are still seriously struggling with Don't Starve. 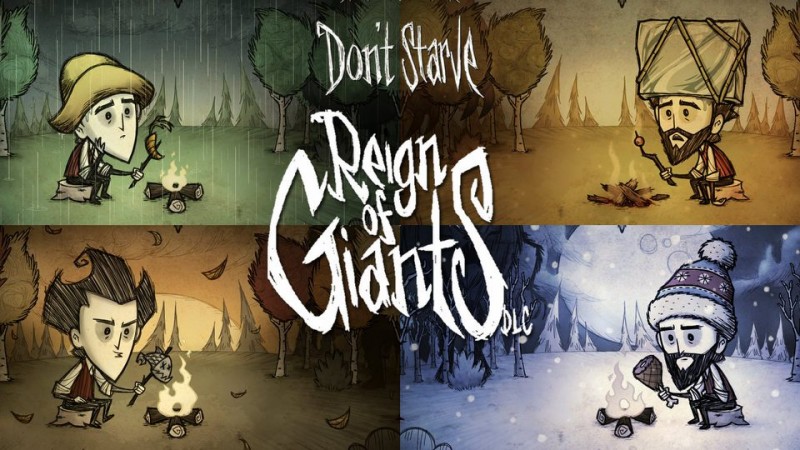