Five years after announcing it’s development and nine years after the release of it’s predecessor, Doom 4 finds itself not at the gates of hell but residing in developmental limbo.


Over the weekend at this year’s QuakeCon, Vice President of PR and Marketing at Bethesda Softworks along with Tim Willits, Studio Director and id Software spoke to IGN regarding the fate of Doom 4.

Though Hines and Willits did not get into detail about the progress of Doom 4’s development their comments hinted at problems from the macro scale rather than the micro scale; of atmosphere and concept, rather than artwork or programming.


“It didn't have the passion and soul of what an id game is,” said Willits. “It’s not what people have waited all this time for,” added Hines.


As Kotaku reported back in April, Hines confirmed that despite having been in development since 2008, development was rebooted just two years ago in late 2011.


“An earlier version of Doom 4 did not exhibit the quality and excitement that Id and Bethesda intend to deliver and that Doom fans worldwide expect,” said Hines. “As a result, Id refocused its efforts on a new version of Doom 4.” 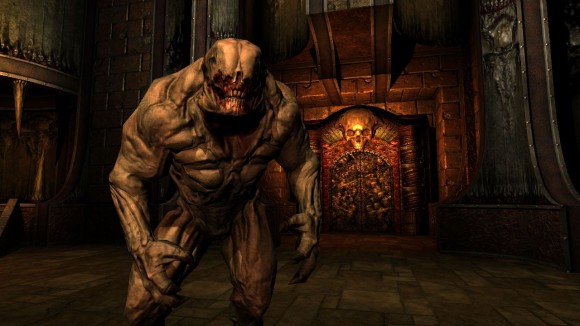 Considering that the development of Doom 3 spanned four years, one can expect to see the fourth installment of the series to drop by 2015, but presently there is no indication as to when Doom 4 will release; just that the title is still in development with a more focused effort on behalf of both Bethesda and id Software.