For the love of Zeus! After launching the sequel Journey 2: The Mysterious Island to a $325-million worldwide haul along with huge (and likely still forthcoming) success slipping into other people’s franchises, Dwayne Johnson has been proven to be a viable leading man. With that status, the former wrestler is set to portray the legendary strongman in Hercules for director Brett Ratner.

On the plus side, this is not an out-of-the-blue project, but will be an adaptation of a graphic novel titled Hercules: The Thracian Wars. However, on the more negative side of things, we’ll be getting a Hercules movie starring The Rock and directed by Brett Ratner. 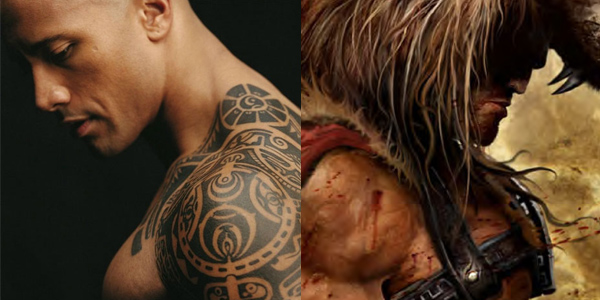 I’m personally a huge fan of the people's champ and his boundless charisma and solid action chops, but picturing him with flowing golden locks and a white robe induces shivers. Thankfully, at least, the Hercules of this graphic novel is more true-to-mythology — clad in armor and adorned with a lion head as a hat. Small mercies, I suppose.

The film will be co-produced by and MGM and will begin filming in early 2013. Certainly don’t expect this to be the last you hear about this project.