It wasn’t long ago where it would be unfathomable to see a franchise lead replaced with another actor and if such an action was completed if would mean doom for the series. Would as many people have turned out for, say, Lethal Weapon 4 is Mel Gibson had been given the boot? Bruce Willis from the Die Hard films? Stallone from Rocky? The answer of course is no but the age of the unflappable movie star has passed and made way for a more widespread collection of noteworthy, if not as financially steadfast, leads.

Some powers like Will Smith do still exist in their own realm of pseudo-immortality but now it’s fairly common place to continue on a long-running series without the original lead. We previously wrote a piece specifically about when recasting the face of a franchise works and when it doesn’t, but regardless of the outcome it seems to be a persisting trend. Recently the Bourne and Terminator franchises got the treatment and soon both Jack Ryan and Mad Max will get the ol’ rebrand, but really these are just the product of greed and have no correlation to a singular entity. That is until you look to Dwayne Johnson. 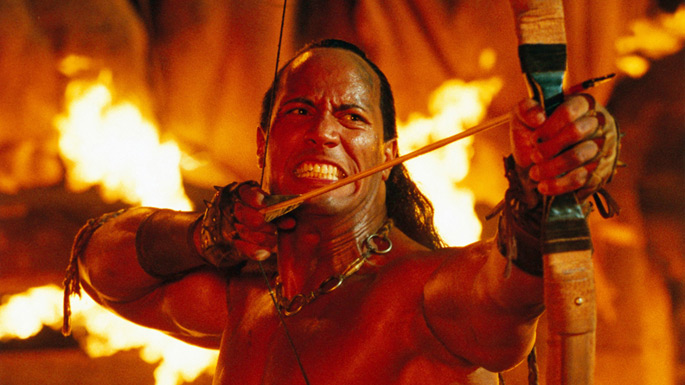 Since his rise to fame with 2002’s The Scorpion King, the former wrestler’s films have racked up a hugely impressive $1.16 billion domestically, but more impressive (and inherently interesting) is how some of his biggest hits have come from him stepping into other actor’s franchises. Now of course the addition of big name into a series, either established or flailing, is pretty much a guarantee of a boost. Unsure about proceeding with a sequel to an only modest hit? Simply cast Will Smith and watch the cash pour in. The logistics of something like that are infinitely flawed to say the least and that’s where The Rock’s niche – bringing just the right blend of starpower – that makes him a potential franchise saviour (or at least a strong bet to become one).

Johnson demonstrated at the onset of his acting career that people would pay to see him in a film (see: the $165 million worldwide haul of The Scorpion King) even when spun from a character seen only briefly in (hilarious bad) CGI form in The Mummy Returns. His follow-up action efforts and subsequent descent into family fare didn’t do the action star as much service, however his return to his testosterone-fuelled mantle in 2010 and subsequent casting in Fast Five changed all that.

After losing its way with Fast and the Furious: Tokyo Drift (which saw none of its familiar faces return) Universal saw the error of their ways and assembled the entirety of the actors from the first two instalments. The success was immediate even if audience and critical enthusiasm to the actual end product was subdued to say the least. So came Fast Five and with it the addition of Johnson and not only did he get plenty of lauds, the film became the highest grossing and most critically acclaimed of the series. It’s safe to say the resurgence of the brand coupled with the heist element played a large role but it’s hard not to give some credit to the muscular Agent Hobbs as well. 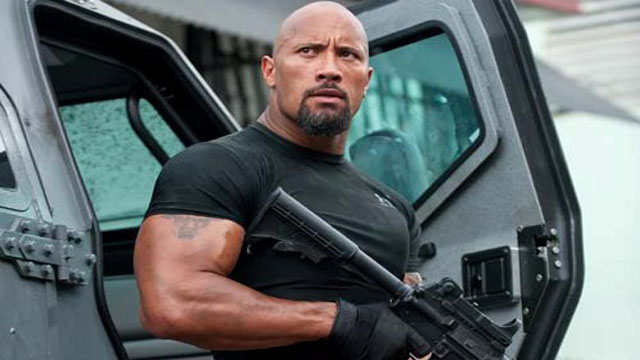 If Fast Five was a fluke hit when it came to The Rock’s contribution then he continued fluking with his next film Journey 2: The Mysterious Island. The 2008 Brendan Frasier-starrer Journey to the Center of the Earth was a solid sleeper hit and continuing in the tradition a sequel was greenlit. However Fraser (despite having practically nothing on his slate) did not return and Johnson was cast. Journey 2 out-grossed its predecessor both Stateside and globally even despite a lower share of the gross coming from 3D theaters (the original was a rare pre-Avatar release in the extra dimension). The chatter surrounding a potential third instalment is to have Fraser and Johnson team up together, so we’ll see where this lucrative series is headed.

Unsurprisingly after that double-shot of unique success studios took notice and he was cast in G.I. Joe: Retaliation (currently in the midst of its opening weekend) a follow-up to a film that did far-from-remarkable business in 2009. What I didn’t state explicitly in my review was that the film was essentially a reboot, opting to bring back none of the original cast except (briefly) Channing Tatum. The Rock was put front and center and looking at its Thursday gross of $10.5 million heading into the weekend it seems like the winning formula remains.

Right now Johnson seems to be at his most popular with even his 2013 solo outing Snitch proving to be one of the only smaller R-rated actioniers this year to perform. Its $40.9 million gross isn’t exactly mind blowing but considering its $13 million budget it’s still a tidy little hit.

So the question persists: is Dwayne Johnson a franchise saviour, or at the very least an incredibly reliable bet for keeping audience attendance strong? If it had happened only once or maybe even twice I could have looked the other way, but with three triumphant examples to his name I have to say yes. Despite his stumble in the mid to mid-late aughties The Rock has cemented himself as a genuine action star and one that the masses will pay to see kick ass. When coupled with existing properties the man, to say the least, is hot and will no doubt be everyone’s radar as a potential actor to toss into the mix.