"Ubisoft & Aisha Tyler Are Back For Another E3 Conference "
By: Zack Zwiezen | PC Features - PS3 Features - PS4 Features - Wii-U Features - Xbox 360 Features - Xbox One Features - Xbox One News | June 5, 2015
E3 is that time of the year where all the big game publishers and developers put on their nicest clothes and awkwardly announce what we will be playing in next year or so.
Ubisoft will once again have a media event and once again Aisha Tyler will be the host. I like Aisha, but sadly my emails to Ubisoft have gone unnoticed. All I want is Mr.Caffeine to return and do his weird hand thing. Mr.Caffeine won’t be at the Ubisoft E3 Conference, but here are some games that (probably) will be.


No surprise here, but Ubisoft will show off the new Assassin’s Creed Syndicate at their E3 media event. Most likely they will have a gameplay demonstration as they have done for nearly every Assassin’s Creed since 2. Syndicate looks interesting, but Ubisoft has to do a lot to convince people that this new game won’t be a massive train-wreck like Unity was last year. I doubt much time, if any, will be spent talking about Unity and the issues it had. But it could be a nice gesture to fans of the franchise. We'll see if they say anything about it in relation to Syndicate.
Also Assassin’s Creed Chronicles is a sub-series in the already massive franchise that feels packed with games. (Maybe too many games..) Back in April Ubisoft released Assassin’s Creed Chronicles: China and announced more games in the Chronicles series. We will probably hear more about that next game, which is set in India, at the Ubisoft E3 conference. 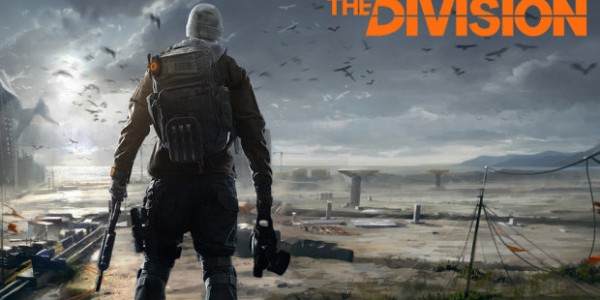 
Ubisoft has some Tom Clancy games to show at this year’s media briefing. Then again, they always have some Clancy games to show. One of the big ones is the new Rainbow Six. It was the “One last thing...” surprise at Ubisoft’s last E3 event and those who played it seemed to enjoy it. Rainbow Six Siege is focusing on destructible environments and PVP. I’m interested in seeing more and Ubisoft is planning on doing just that.
Another big Tom Clancy game is The Division. Shown two years ago at E3, The Division has been delayed and delayed, disappeared and rumored to be going through some rough times. What that means for the final game, who knows. But it seems Ubisoft will be showing it at this year’s E3 event. Let’s hope The Division doesn't end up like Watch Dogs, wowing people with a trailer and then disappointing people with what it actually ends up looking like. Speaking of which, let's talk about Watch Dogs.. 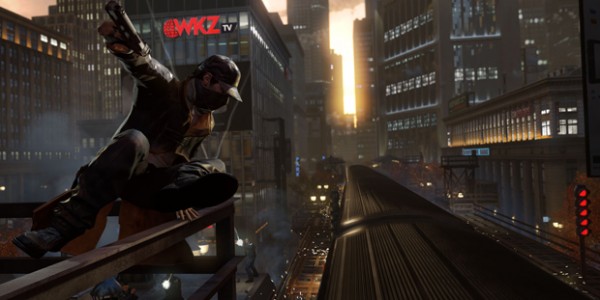 Watch Dogs sold well. Really well. And while reviews were not the best, it sounds like Ubisoft has a desire to make more Watch Dogs. So could we see Watch Dogs 2? Maybe. It doesn’t seem too early to tease a new Watch Dogs and Ubisoft has been talking about the next Watch Dogs for awhile now. So this is a big fat maybe, but it wouldn’t surprise me if we see Aiden Pierce make a return at this year’s Ubisoft event.
Speaking of big fat maybes, Beyond Good & Evil 2. This game has long been rumored to exist and Ubisoft has said that it does. Probably. Maybe? Ok, Ubisoft has been a bit strange about Beyond Good & Evil 2, but one would assume that the game exists in some form. The question is, will we see any of it at Ubi’s E3 2015 media event? And I just don’t know. It could happen, but don’t hold your breath. 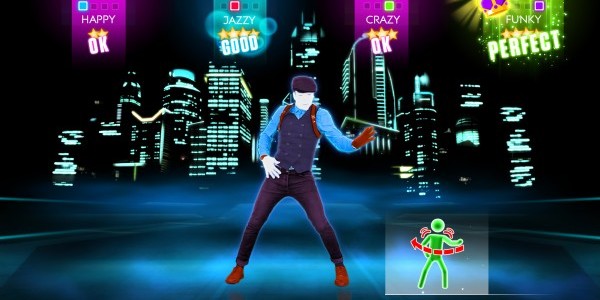 
Ubisoft is always doing weird stuff, new stuff and sometimes crazy stuff. I don’t expect that to stop anytime soon. So will Ubisoft run around with laser tags guns again? I hope not...but you never know.
A new Just Dance will be there, the 2016 model. I assume there will be dancing and as the name implies, not much else. A new Raving Rabbids game could also be in announced or maybe some weird TV show thing like they did before. Ubisoft loves those crazy bunnies and I’d be surprised if they didn’t pop up at the conference.
Could we get a new Driver? Well we did already. It’s a mobile game about racing boats. Which is probably about all the new Driver we will get for now. The other franchise that could make a big return is Splinter Cell. A couple of years back there was talk about how Ubisoft loves the Splinter Cell franchise and that new game is coming to new consoles. Seems like a pretty good chance that a new Splinter Cell will be revealed. Will Michael Ironside be back as the voice of Sam Fisher? We'll have to wait and see. But I hope so. 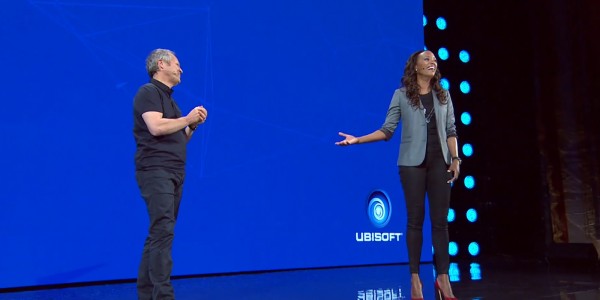 
Ubisoft is always a bit different than the others. They always seem more willing to do strange things or announce crazy games that no one expected. And they have had a lot of success doing stuff like that. So no matter what they announce or show, I expect a weird and probably a bit awkward event for Ubisoft this E3.
If you are excited for E3 2015 and want more information you can read our other E3 2015 previews. You can read about what Microsoft, Sony, Nintendo, EA, and Bethesda are planning for E3 2015. What will they announce? What will they tease? Read our previews to find out!