Edgar Wright: A Man With Style

With the heavily anticipated The World’s End about to hit theatres, there’s no better time than now to take a look into Edgar Wright’s arsenal of works. The British director is well known for his collaborations with Simon Pegg and Nick Frost. His latest film is the third installment in the trio’s Cornetto Trilogy. While Wright is probably best known for his projects with Pegg and Frost, the man sure has proven that he can knock one out of the ballpark all on his own (or to be culturally accurate, whatever the cricket equivalent is. He’s had good innings? I apologize for this British readers)

As a filmmaker, Edgar Wright leaves quite an impression with his spot-on parodies of genres. You may think that Shaun of the Dead marks the beginning of Wright’s inspired parodying, but you’re wrong. He was probably born breathing in genre tropes and clichés. His first feature film is a Western comedy called A Fistful of Fingers (1995).  Unfortunately, it is not the easiest film to come by in this age of internet streaming. Luckily, we can thank YouTube for this clip of the film's opening credits:

The clip says it all. Wright has a gift for capturing the look and feel of almost any genre. I can’t speak for A Fistful of Fingers or his numerous television credits that span the next four years of his career, but his 1999 television series Spaced proves that he has also struck that wonderful balance between style and substance.

Spaced does a lot for Edgar Wright’s career. It begins the long and fruitful relationship between him, Simon Pegg, and Nick Frost. Furthermore, in my mind, it cements his status as a comedic and stylistic genius. The short-lived series follows Tim and Daisy, two “homeless” 30-somethings who lie about their relationship status to get an apartment in London. The series is laugh out loud funny and is also a visual treat. Wright’s editing is zippy and whooshes as it cuts from scene to scene, often instrumental in landing a punch line. With numerous references to famous films, even Spaced contains some of Wright’s trademark genre spoofs. When Tim and Daisy tour their new apartment, they open a closet and are greeted by two, creepy twins reminiscent of The Shining. Of course, it turns out they’re simply cleaning the apartment, but we don’t find this out until after the lighting darkens and Tim and Daisy scream in a canted reaction shot. Any self-proclaimed fan of Edgar Wright should watch this series (available on Netflix) if you haven’t already done so. 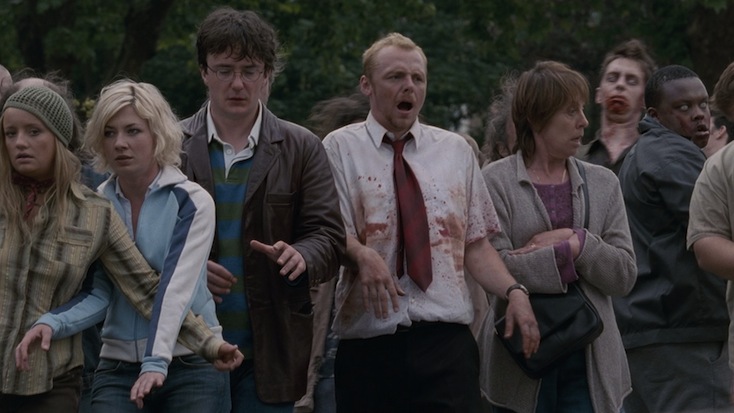 Wright’s next two feature films are his biggest hits and the first two installments of the Cornetto Trilogy. Shaun of the Dead and Hot Fuzz, release in 2004 and 2007 respectively, continue Wright’s tradition of parodying movie genres. Shaun of the Dead spoofs zombie horror films, while Hot Fuzz makes fun of buddy-cop films. Armed with a bigger budget and much better equipment, Edgar Wright produced two wonderful films that captured the look of each style down to the fine print. Yet at every turn he undermined the style and tropes of the genres with his editing, musical choices, or dialogue that flat out acknowledged the ludicrousness of the scene. There’s not much to be said here that hasn’t already been said before. They’re Wright’s biggest films for a reason. They’re just that good. 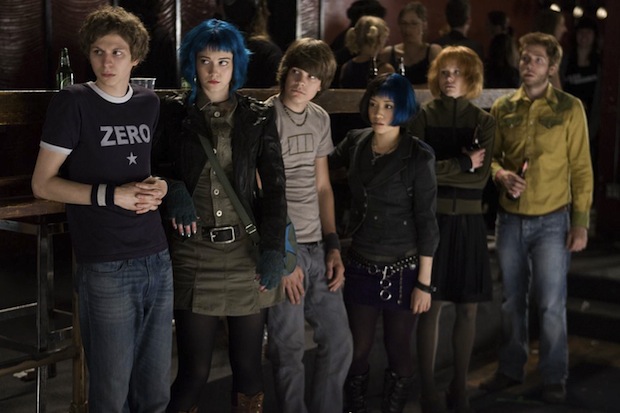 Edgar Wright followed up the success of those two films with the unfortunately, underperforming Scott Pilgrim vs. the World in 2010. The graphic novel adaption was a perfect fit for Edgar Wright. He captured the visual style of Bryan Lee O’Malley’s comics effortlessly. He shot in the same locations that inspired Scott Pilgrim’s Toronto and outfitted his actors with wigs and outfits that transformed them into their cartoon counterparts. In post-production he added effects and illustrations, creating a movie that looked equal parts film, comic, and video game. The movie has a harder time adapting all seven graphic novels into a feature length film. The bildungsroman, love story comic with all of it’s history, character building, and side characters barely fits into the feature length format. Perhaps this disappointed the graphic novel fans, or maybe it was leading-man-Michael-Cera fatigue. Whatever the reason, Wright’s Scott Pilgrim was critically praised but fell short at the box office.

Hopefully, The World’s End will see the return of Wright’s critical and fiscal triumph. His reteaming with Simon Pegg and Nick Frost are almost a guaranteed success. Continuing with his thriving career, Edgar Wright is already slated to direct the comic book adaptation of Ant-Man. Based on his track record, I could not imagine someone better suited for the job. We still have awhile to wait until the 2015 release of Ant-Man, but lucky for us we don’t have much to wait until The World’s End hits theatres.