Back in 2011 many of us poured hours, days, months, and our entire lives into The Elder Scrolls V: Skyrim. Now in 2016, Bethesda has released Skyrim: Special Edition asking us once again to take up the role of Dragonborn. But is it worth it? Maybe. As an avid fan of the Elder Scrolls series (I credit Morrowind as the game that made me a gamer), I never say no to the opportunity to return to Tamriel. I can’t enough of the continent. However, I happen to be a primarily console gamer, meaning I never got to experience the joy of mods. So when Bethesda announced Skyrim: SE would have mod support on consoles, I was ecstatic. Sure visual and audio upgrades are great, but mods can add hours of gameplay. Also seeing as Bethesda didn’t create any new DLC for this rerelease, the mod support is a big selling point. Well. This also happens to be the first Elder Scrolls title I’m not playing on an Xbox, which I did not foresee as being a problem when I bought my beloved PS4. We all know that Skyrim: SE almost didn’t get mod support, because Sony for some reason wouldn’t allow it. In the end the PS4 did get mod support. However, it’s not the happily ever after we were all hoping for. But let’s start with the positives shall we?

[embed]https://www.youtube.com/watch?v=LSPuJ9ggVcA[/embed] Skyrim: Special Edition is gorgeous. It will be difficult to miss the improvements as you walk through the towns and snow covered mountains. The remastered effects along with the dynamic depth field truly make for a visually stunning world. I realized just how breath taking this game is when I stopped and watched a river flow for a solid five minutes. At first I stopped to check the river for slaughterfish, due to my severe slaughterfish phobia (thanks again Morrowind), but the river flowed so beautifully that I temporarily forgot my fear. For an overview of some of the improvements, check out the video below featured on Kotaku: [embed]https://www.youtube.com/watch?v=T6EjcESYIXk[/embed] There is actually one positive about playing Skyrim: Special Addition on the PS4. And I consider a pretty big one. Currently the PC and Xbox One version of the game suffer from terrible audio quality. Bethesda is working on fixing it, but for now, every gamer except us PS4 gamers are stuck with terrible audio. As someone who played the original Skyrim with the background music muted, because of a bug that caused one battle song to play on repeat, I am on my hands and knees thanking Talos for sparing the PS4 of terrible audio.

However. I’m just going to come out and say this. If you have a choice, do not buy Skyrim: Special Edition for the PS4. As grateful as I am for good audio, I would rather have good mod support. Honestly, it is such a disappointment that Sony decided to not properly support mods. In a non-technical nutshell, PS4 mods can only use in-game assets, meaning nothing “new” can be added to the game. This includes textures, character models, hairstyles, and amour sets that aren’t already a part of the game. The PS4 also only has 1 GB of space for mods, while the Xbox One has 5 GB. Obviously, the whole mods on consoles problem could be avoided if we were all PC gamers, but we’re not. However, if mod integration doesn’t improve on the PS4, the next time Bethesda announces a new game, you can bet I’ll be buying it for the Xbox One or, you know, finally building that PC I’ve been meaning to build for the last ten years. As of right now, there are 72 mods available on the PS4. Fortunately, actually downloading the mods into your game is fairly simple. All you need to do is create a Bethesda.net account, and then add the mods you like to your library (mind this needs to be done on a computer). Then when you go to play Skyrim on your PS4, click on the “mod” tab, log in, and the mods you put into your library will be available to download. So for all the limitations, at least it works. Another important thing to know is using mods disables trophies. So if you’re all about collecting those trophies, don’t use mods. Kind of irritating, but it is what it is. Overall, I wouldn't say run out and buy Skyrim: Special Edition right now. Some of us are still making our way through Fallout 4, and let me tell you, switching between the two games is confusing as heck. I keep trying to turn on my pip boy in Skyrim... However, it might be a while before we see another Elder Scrolls title. It's exciting that mods are finally available on consoles, and new mods are almost added daily. If somehow you haven't played Skyrim yet, it's worth the money. If you have played Skyrim? Then buy it when you have the time to play it, especially since mod support on the PS4 is on the weak side.

Check out these Five Mods

For those trying to figure out which mods to start with, here are five mods I’m currently using in my game: 1. Princess Riverwood Cottage: 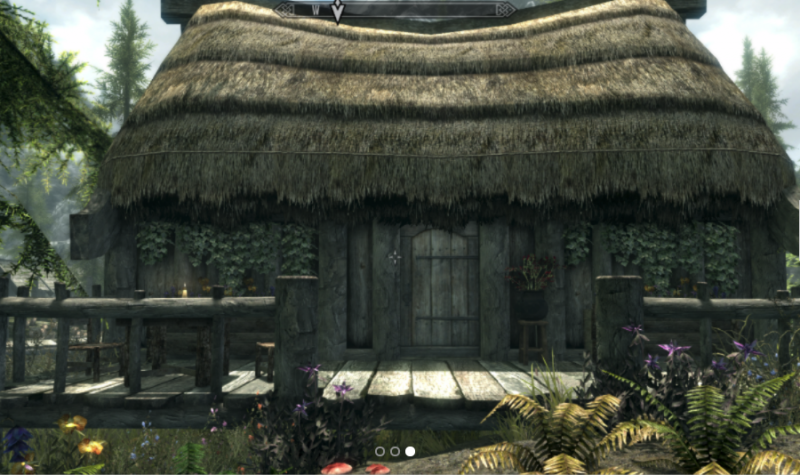 A darling little cottage in Riverwood. Definitely recommended for alchemists, enchanters, and plant lovers. Best of all, it’s free, so it gives you a safe space to store all your junk until you can afford a proper house. 2. Rain and Snow FX: 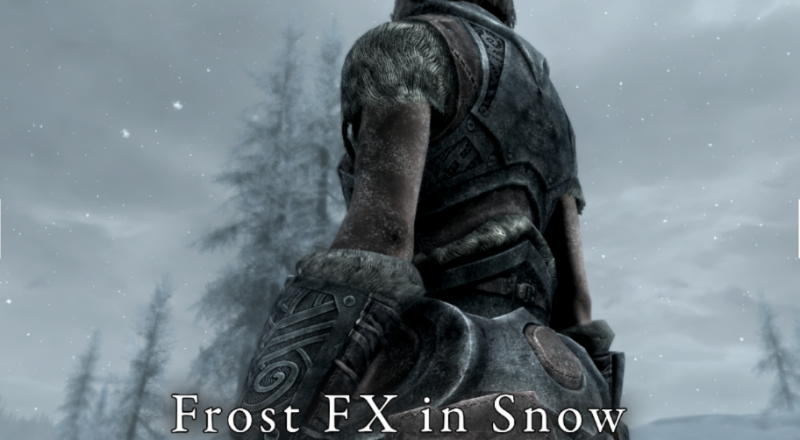 This is an effects mod that covers you with snow when it’s snowing, and rain when it’s raining. Not that I play Skyrim in 3rd person a lot, but when I do, I can now look frostbitten and soaked to the bone. 3. Lampposts of Skyrim:

No, you can’t lick them. No, they don’t have any deeper meaning. They’re just lampposts along the roads of Skyrim. But they’re very nice lampposts. It’s nice being able to see the roads at night. Remember, there's no pip boy light in Skyrim... 4. Invincible Dogs of Skyrim: 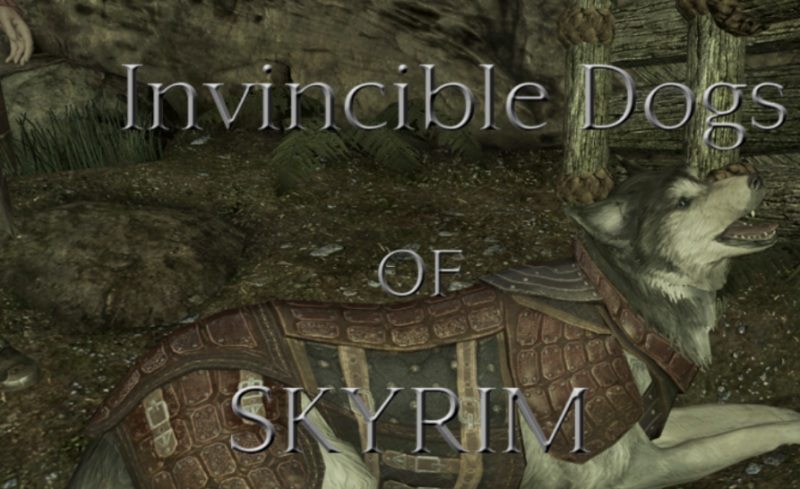 Because no one likes dead dog. All the dogs that can become travel companions are now invincible. If you’re like me, and had the unfortunate experience of running into a dragon right after finding Meeko, this mod is for you! 5. Less Aggressive Animals: 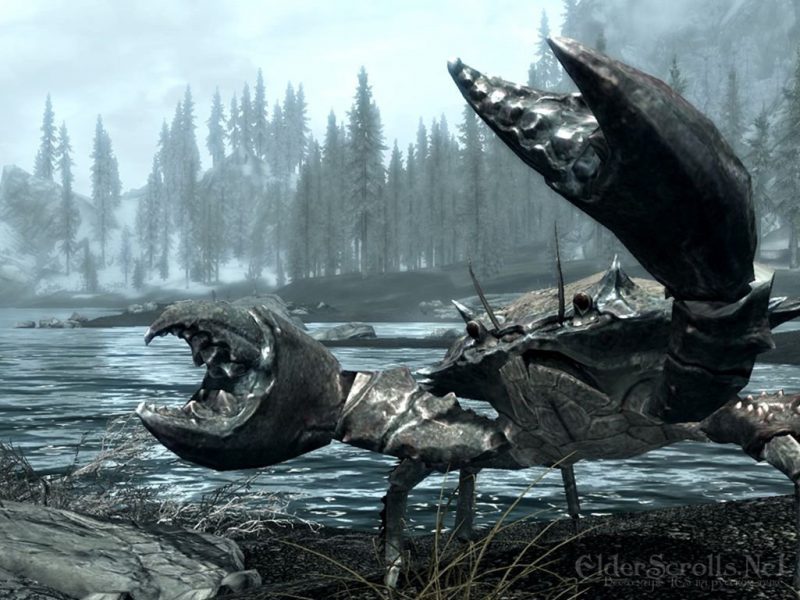 Honestly this is the only mod I need. No longer will that irritating overly epic battle music start playing when a measly mudcrab decides to attack. What do you think of Skyrim: Special Edition on the PS4? Do you recommend any mods? Let us know in the comments below!
Rating
8.5
Pros