E! has a new pilot coming: a drama, which is currently in production and presented by Lionsgate TV. E! is clearly not known for presenting drama shows to its audiences, so it will be interesting to see what will come from this one. It is set to air for a hour and is brought to viewers from the team that brought you One Tree Hill, including creator Mark Schwahn and producers Brian Robbins and Joe Davola. The series is called The Royals and it is a contemporary drama that will focus on a fictional royal family. It takes its influence from the richness of the British monarchy and is framed by Shakespeare's Hamlet. It is described as a tale of men and women and how they become corrupted by power, wealth, and desire.

Elizabeth Hurley has been cast in the series as Queen Helena, who struggles to cope with the death of her son and the crisis that this creates with her husband, King Simon. Meanwhile, they are both working to deter the relationship between their other son, the next heir, and his American girlfriend. Her character is also described as being sexy and appealing, while also devious. Elizabeth Hurley is a British actress, known for her work in film, but also recently had a recurring role on the CW series Gossip Girl. 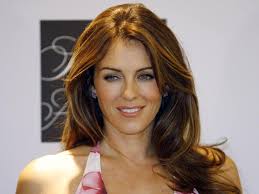