Engines As a Service Emerge at GDC 2014

By: Patrick Cowles | PC Features - PS4 Features - Xbox One Features | March 21, 2014
Big news out of this year's Game Developers Conference for developers from the AAA world to the independents, a new business model for acquiring licensing to game engines has emerged. Rather than paying top-dollar for a game engine suite of tools or facilitating a custom licensing agreement for corporate publishing houses, engines-as-a-service with a monthly subscription fee have been announced for two of the juggernauts in game engines; Unreal 4 and CryEngine. 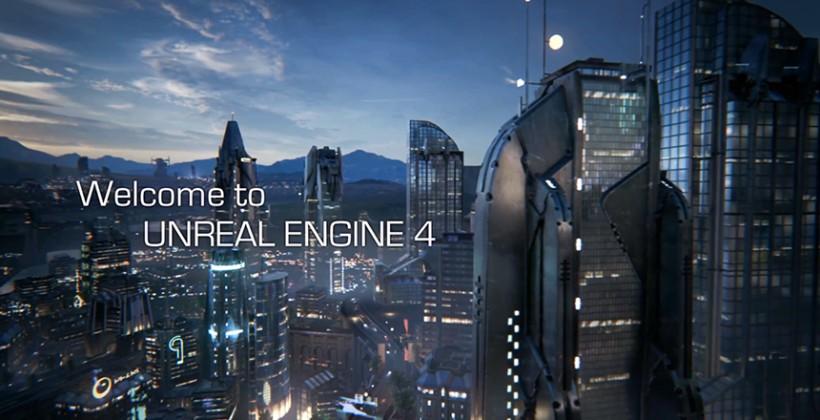 The greatest benefactors for this emerging trend presently will be independent teams of developers and individuals all the same; since many major development studios create their own in-house dev tool suites such as DICE and the Frostbite engine or more recently showcased Snowdrop engine by Ubisoft Massive, the news isn't reverberating within the halls of their parent publishing houses as forcefully. Instead what the gaming world can expect to see in the years to come are independent games created with the same technological fidelity as triple A titles.
Considering that both Unreal 4 and CryEngine provide fully capable DirectX11 rendering features and highly sophisticated modern game development toolsets on par with the in-house engines, gamers might once again reap the benefits of a telltale time in gaming lore; the golden age of community-driven content. As game engines and the scripted code which acts as a game's central nervous system have become more complex, many games have limited modification to maps and models, or avoided modification entirely; a philosophy which has kept the Battlefield series static to the few content updates DICE has delivered for the last two titles. Should other parent companies come to see engines-as-a-service a viable financial venture, video game development in general will witness a unified revolution of fidelity while community-driven content will have a renaissance for triple A titles, at least on PC. Since Unreal 4 already has limited support for the Steam Workshop, it's a fantasy which could easily become reality; like potential to kinetic energy it just needs a catalyst.

Fortunately capitalism may provide the necessary catalyst for this emerging business model to catch on full steam. Already Crytek and Epic Games are offering competing services, what cowboy video game executive wouldn't want to throw his 10-gallon digital hat into that rain?
Monetarily the sure choice between these two services will be the CryEngine. At $/€9.90 per month with no additional royalties the simplest conclusion will be that Crytek has won the first round of engines-as-a-service, however the Unreal 4 package offers more than the toolkit and keys to the in-house white paper library. Though ten dollars or euros more expensive per month, at $/€19 with an additional 5% royalties on gross revenue for commercial products, Epic Games provides a robust system-dynamic approach to the service. You get the Unreal 4 toolkit in its entirety along with Epic Game's full C++ source code library hosted by GitHub, a leading code host service. Rather than access to a wiki-portal containing over 800 articles that Crytek offers, Epic Games has fully integrated their entire C++ source code into the development tools while providing multiple series of tutorial videos and textual documentation; a leg up when compared to the CryEngine SDK research and development wiki. Over time Epic Games co-founder and technical director Tim Sweeney expects the Unreal 4 GitHub community to evolve like an ecosystem of content and source code allowing content creators to provide code to the development community-at-large for free or at a cost.

Despite the greater financial liable for game developers using the Unreal 4 model, both engines offer comparable technological features from rendering capabilities and methodology to the nature of their tool sets. In fact, as advertised, CryEngine's sole technological advantage is real-time dynamic global illumination which Epic Games decided to shed for the Unreal 4 engine in light of better performance. Instead Unreal 4 uses a lightmass of graphical effects that mimic the fidelity of real-time global illumination at a lower performance cost. Aside from that lighting feature, the engines are on par from what we've seen. Both engines provide developers with node-based visual scripting which allows for live assets and environmental testing through the CryEngine Sandbox and Blueprint Visual Scripting for Unreal; a feature recently highlighted as a key cutting-edge developmental capability by Ubisoft Massive through the Snowdrop engine.
Visually the engines have achieved great strides in light rendering and texture quality due to physically-based shading, image based lighting, HDR reflections, along with tessellation and displacement mapping; all of which provide greater graphical fidelity to the atmospheric aesthetic of the environment, character models, and texture surfaces. They are also accompanied by film-quality cinematic editing tools for cut-scenes and advanced character creation tools for both facial features and animations. When compared to Snowdrop and Frostbite 3, the similarities in sophistication and potency far outnumber any contrasting differences. In truth, they can produce the same quality of video games; the only dividing factors with weight are financial resources and developer talent. 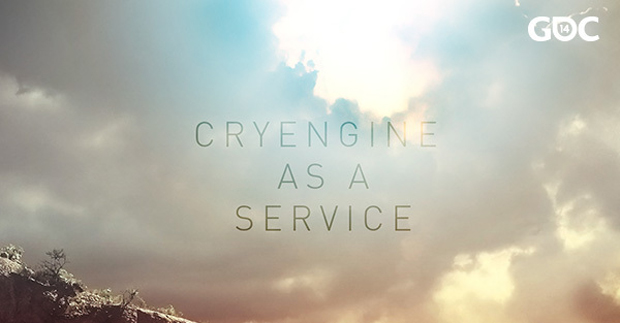 The most apparent differences which will dictate a developer's choice comes down to platform support. The CryEngine has been designed as a conventional video game engine, to say that it supports PC operating systems, the current and previous generations of Xbox and Playstation, along with the WiiU. Unreal 4 on the other hand supports iOS, Andriod, PC, the Xbox and Playstation families (dating back a generation), with limited HTML5, Linux, and Oculus VR support. Limitations which are dictated by existing C++ code; as Sweeney's GitHub community ecosystem evolves greater support is inevitably expected for these platforms including SteamOS.
Which leaves the question of the better service to the consideration of thrift and support; as the engines and toolkits are on par with one another, the services are not. Those with extraordinary talent and independence looking to develop computer and console games will probably find the lower monthly subscription fee and lack of royalties offered by Crytek preferable; while others might find the additional costs for the extensive Unreal 4 C++ ecosystem and tutorials fiscally reasonable. Naturally, mobile and web developers looking for a next-generation node-based visual scripting engine suite the solution is clear; your sole option currently lies with Unreal 4.
For now Epic Games has the upper hand despite the additional contractual costs as their engine-as-a-service provides a matured service even though the business model is still in its infancy. The GitHub ecosystem which provides developers with Epic Game's entire C++ source code on top of extensive visual and textual documentation and tutorials for using Unreal 4 far surpasses Crytek's wiki-portal of white paper articles.