"2016: The big year for VR and potentially Nintendo's "NX?""
By: Jeffrey Dy | PC Features - PS4 Features - Wii-U Features - Xbox One Features | January 8, 2016
The first full week of 2016 is almost over and there's still plenty to look forward for the rest of the year. Virtual reality is really gonna happen this year as the Consumer Electronics Show, or CES, was a hotbed for the next big thing in gaming. While the current console generation can potentially have it's best year yet despite being hard to top 2015, there's always Nintendo with the wildcard to surprise the world once again with their "NX" platform. Will it come out this year and replicate the Wii's success or just be another Wii U sales-wise for them? All that said, Entertainment Fuse has their wishes and predictions for gaming in 2016.

Zack Zweizen: The Beginning Of VR
The Oculus Rift is coming out this year. And it will cost $599 USD. Is that too much? Maybe. Will it hurt its ability to break into the mainstream? Possibly. But what really matters in the long run is that this is the year when VR becomes a thing. An actual thing that you can buy games for and that you can play with and that will be available in stores. A real product. And that is a big deal. While there have been VR products released before, this is the largest and most well known. And many will be watching.
Will it succeed? It could. But I think the combination of PlayStation VR, Oculus and other VR platforms will be the key. With more options and more price points to choose from, more people will be willing to dive into the new world of VR.  I don’t think VR will become a huge hit this year. But, this will be the year it starts. The year where VR stops being an idea and becomes real. And the future looks promising.

Say Goodnight to The Xbox 360 & PS3
I love my Xbox 360. It is one of my favorite consoles of all time and I’ve played some of my favorite games on it. The PS3 was great too, I’ll never forget the first time I played Uncharted 2. Or saw Killzone running on it. These consoles were great, had a ton of games and connected people in a way consoles hadn’t done before. Xbox Live was a pioneering service that made universal usernames, achievements and party chat a standard.
And now it’s time to say goodbye. Time to let the old boys ride off into the sunset. The amount of games released for the PS3 and Xbox 360 in 2015 was far less than in the years before. And this upcoming year looks as sparse, if not sparser. Microsoft and Sony will still support them, but the days of the Xbox 360 and PS3 are coming to an end. This won’t be the year they die completely, but they are on their deathbeds. Goodbye Xbox 360 and PS3. Thanks for the memories. 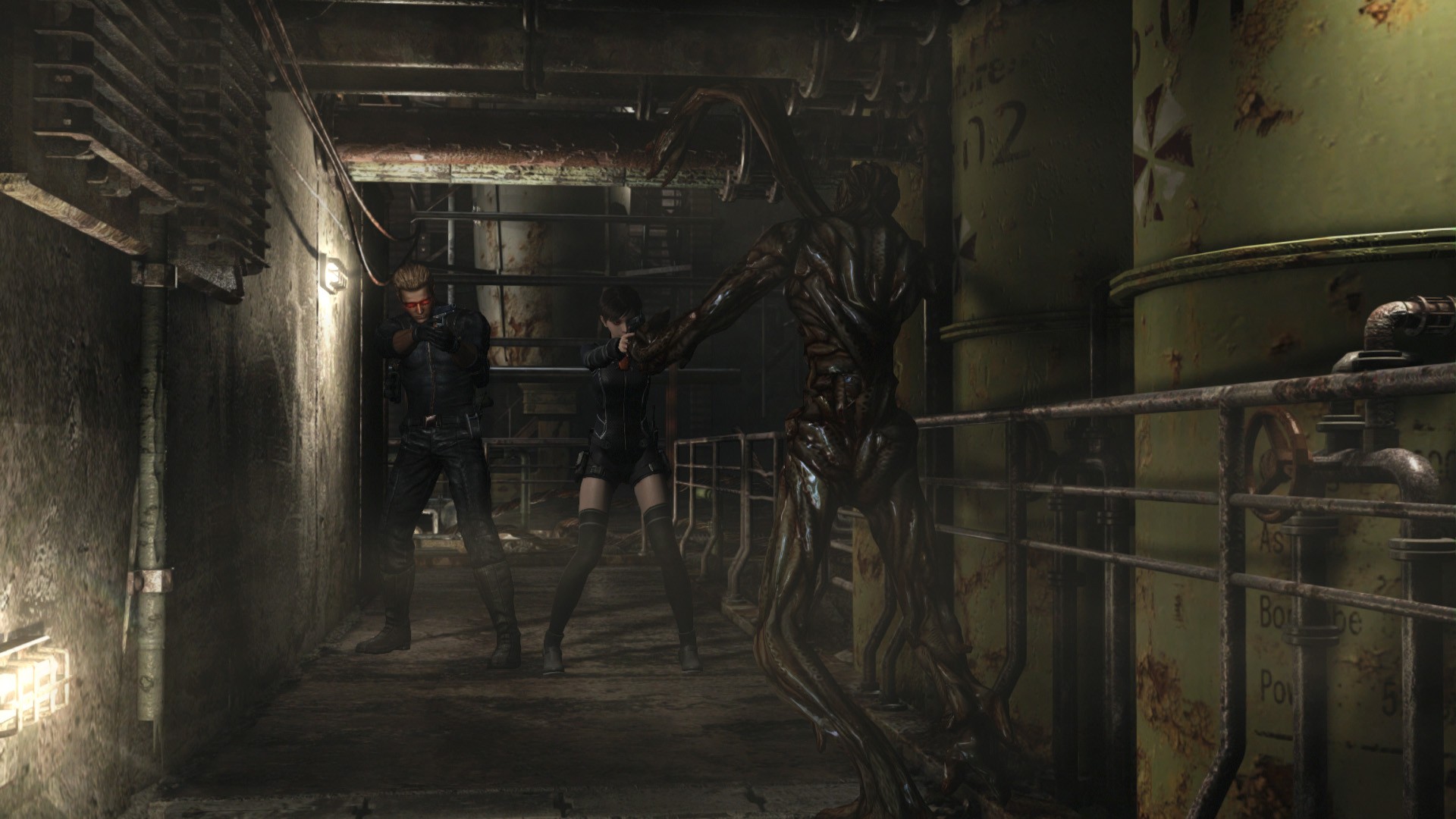 Andy Bartsch: More Original Installments from Capcom
Capcom, you know I love ya, right?  And I don’t dislike what you’re doing.  These HD Remakes, Legacy Collections, and Definitive Editions are neat and all, but have you looked at how many properties you have at your disposal that you’re doing nothing with?  Poor Mega Man is rusting away in the corner of the stock room and the only thing you’re doing with him is a Legacy Collection of NES games for a handheld console? You canceled four of his games in a single YEAR! DO SOMETHING WITH HIM! I know you announced a movie a few months back, but let’s face it, do we expect anything good from the studio that brought us Dragonball Evolution and the Fantastic Four?
What about the Devil May Cry series? I still stand that the DMC reboot/prequel is an awesome game and has tons of potential for great followups. The Definitive Edition is great, and I’m sure the twelve people who bought DMC 4: Special Edition says that one’s great too, but I wanna see what happens after the way DMC ended!
Sure, you have Street Fighter V (aka Street Fighter II 3) coming out next month, but I’ll be perfectly honest, I couldn’t care less. A few extra characters and some slightly new costumes? I’m more interested in having a few beers and watching Van Damme in the Street Fighter movie. 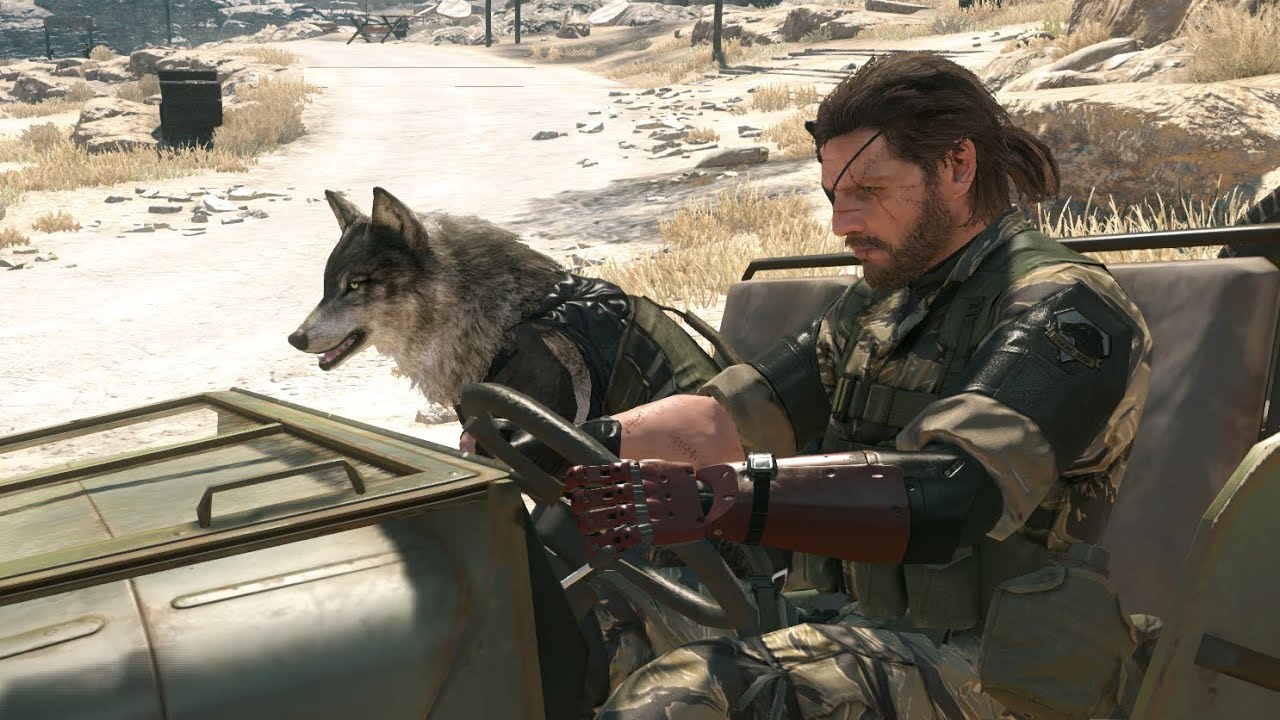 Konami Get’s Their Act Together
The same could be said for you, Konami! Castlevania, Contra, Silent Hill! All these amazing franchises and what are you focusing on? Mobile games and pachinko machines! Do you know how much money you’re losing? I know Konami is a big company and does more than make games in Japan, but seriously, we have, what, seven pachinko machines in North America? It’s dumb decisions like this and firing Hideo Kojima that’s going to ruin your company! Speaking of which...
Apparently Kojima and Del Toro are beginning to work on another project together. Fingers crossed, please, please, PLEASE let it be Silent Hills reworked under a different name. If given a second chance and not worked under Konami’s name, I’m hoping I can finally play the finished product someday. I’m totally okay with Norman Reedus not taking part in this because, honestly, I always felt his presence would be a major distraction from the rest of the game.

Matt Rowles: PlayStation VR will get a big delay
2016 looks to finally be the year for virtual reality. With Oculus Rift finally having a release date and price point and multiple other companies poised to release their VR products to consumers, Sony won't want to be left behind in the race to be the number 1 VR product on the market. However I do feel Sony are the furthest behind right now in that race.

We don’t have many concrete details on PlayStation VR yet. No price or release date but it is currently scheduled for the first half of 2016. I hope Sony manages to reach this goal because they can’t afford a big delay but I think it’s going to happen with how little we know compared to other VR products. I think we will see a delay until around November 2016 and hopefully that won’t be too late to make a splash on the VR scene.

Nintendo’s new console will be able to play Wii U & 3DS games
We know Nintendo is going to give us the first proper details about NX sometime this year and this is perhaps the thing I’m most curious to hear about in 2016. It’s been long rumored for Nintendo to have a system that acts as both a handheld and home console. I’m not sure how that would work or whether that will happen but I predict the NX does have the capabilities to play Wii U and 3DS games.
Not a huge concern for the 3DS but the Wii U has not been on the market for very long and it would be a huge shame if so many incredible games were forever tied to a system not many people own. Super Smash Bros, Splatoon and Super Mario Maker will be played for years to come and I hope there’s an easier way to do this than still having a Wii U hooked up when we are already playing the NX. This will also mean gamepad support because as much as I don’t like the thing; they just made the perfect game for it and I’m not playing Super Mario Maker any other way.

2016 will finally be the year Japanese RPG fans have been waiting for. It's been a long time since such a stacked lineup of JRPGs will be able to make their release windows in one year. Of course, there's the big two of Final Fantasy XV and Persona 5. Square-Enix recently said they'll announce the release date of FFXV sometime in March (yes announcement of an announcement) and at this rate, they need this game out this year for fans' sakes. Sure, Episode Duscae was playable via Final Fantasy Type-0 HD last year, but fans are tired for waiting for this highly anticipated entry to come out after being in development for over a decade. Plus, beginning the trifecta with this, then Kingdom Hearts III and the Final Fantasy VII Remake episodes makes general sense.
Persona 5 is Atlus's biggest game this console generation being Playstation exclusive. The delay did disappoint fans, but obviously more development time and polish means a better game most of the time. This was my sole reason of getting a Playstation 4 before Street Fighter V was announced and all the footage released so far just oozes with style. Just look at the slickest menus yet in a game. FFXV and Persona 5 aren't the only the big JRPGs slated for this year as a new Star Ocean, Ni no Kuni 2 and more are coming as well. I won't be surprised if one of these games get delayed to 2017, but my bet all of these will make 2016 make this the biggest year of JRPGs since the PS2 days.

Digital Only Xbox One & Playstation 4 Out in Summer/Fall 2016
We're in the third full year of the current console generation and digital sales have been the saving grace for folks like me. Usually if a preorder exclusive at a retailer for a game doesn't sound as enticing, I would buy a game digitally for the sake of playing it 9pm PST on a Monday night. It's only a matter of time when we see Microsoft and Sony go on a digital-only direction and this year is the year to do it especially with rumors swirling around for the Xbox One already. I expect the Xbox One and Playstation 4 to have digital-only slim models/bundles announced around E3 time with a release of late summer and the holiday season.
With no disc drive, more HDD space is a must for these consoles and I would say at least 2 TB is the minimum for these for the casual audience who haven't bought either yet. Sure, external hard drives are the current solution but personally I prefer not resorting to that option as much as I can. Retailers ain't gonna be pleased especially GameStop if these consoles are announced and being another nail to the coffin for that market in terms of games, but the digital age is quickly approaching whether they like it or not. I'm sure they'll sell bundles with codes for games like Uncharted 4, Gears of War 4 and sports games, but that's it. More power and processing without a disc drive would be a plus too along with no loud noises for these consoles because of discs spinning.