"Over a week since the last day of E3 2015 as we look back on this year's expo"
By: Jeffrey Dy | PC Features - PS4 Features - Wii-U Features - Xbox One Features | June 28, 2015
It's been over a week since E3 2015 has ended and boy, what a show it was this year. From games returning from vaporware, a stacked lineup for the upcoming holiday season and the VR future becoming more of a reality than just talk. Our Entertainment Fuse gaming staff look back on E3 and their thoughts for the next few months of games released on current gen platforms and PC.

Zack Zwiezen
E3 2015 for many will go down in history as an amazing event. Think about it. Final Fantasy VII remake was announced, The Last Guardian returned, Shenmue 3 was announced, Fallout 4 was officially shown and got a release date and we even saw the new DOOM. This E3 felt like it was filled with big announcements and huge reveals. The only thing missing was Half Life 3 and Beyond Good & Evil 2. Maybe next year.
This was also an E3 where VR feels closer than ever before. I’m still not sold on VR, but a ton of people and companies are moving forward and it’s exciting to see what they have planned. Finally, these consoles we bought, the PS4 & Xbox One, finally seem to be hitting their stride. Big games are here, smaller indie stuff is also here and 2015 and 2016 are looking to be great. It’s the best time to play video games and E3 2015 reminded it’s only getting better. More women and people of color in games, cool new ideas and big sequels, VR and more. Video games are awesome and I’m excited to play them.

Euan Dewar
E3 2015 felt like the moment this newer generation of consoles properly kicked into gear. We've had some big tent-pole titles scattered about the place prior til now, but this year's show gave us a lineup of names that would stop even the most cynical games fan in their tracks. Microsoft edged it in terms of the immediate future with their fantastic selection of notable 2015 exclusives such as the ever-popular Halo and Gears series', as well as the lovely surprise that was Rare Replay. For better or worse Sony seemed to sacrifice their 2015 for potentially brighter years ahead. The Last Guardian, Final Fantasy VII Remake and Shenmue 3 are all mammoth announcements no matter how you cut it, but only time will tell whether they make up for what will be a rather barren holiday season this year for Sony. Nintendo are a harder nut to crack. Their conference was plenty entertaining with a handful of sharp showings such as Super Mario Maker and Star Fox Zero. Yet they seem to be treading water somewhat, constantly evoking the sense that what's around the corner for them after the Wii U is at the forefront of their attention.

As always though, the real overall highlight was the third party offerings. A point that was defined by the absolute storming success of Bethesda's first ever solo E3 conference. If ever there was a year for them to start it was this one; their big three of Doom, Dishonored and, of course, Fallout 4 all satisfied the senses before the console manufacturers had even opened their mouths. Regardless of whatever console you own or plan on buying the overwhelming impression is that the next twelve months are going to be a pretty good time for gamers. 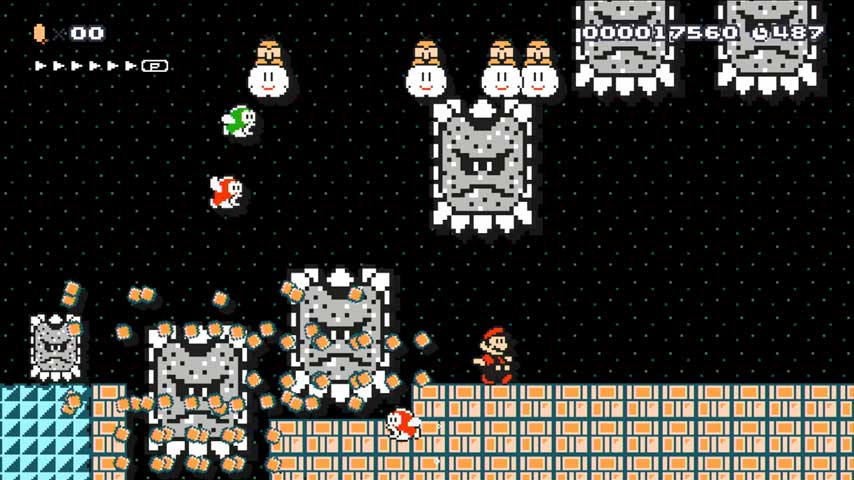 Walking away from this year’s E3 left me wanting a bit more. It wasn’t a bad show this year, but nothing was announced that wowed me. In fact, the theme for the show felt more like “Here’s and update of stuff we announced,” versus here’s new content. It seems the plan for E3 now is to announce stuff prior to create buzz of the show itself, and it’s sad because games like Deus Ex Mankind Divided or Fallout 4 could have just waited a few weeks and then got people giddy.
The main three's press conferences left a lot to be desired too. Some of the biggest news of the week came with some big asterisks that no one seems to see. Microsoft announced Xbox One backwards compatibility, but instead of what most people think (which is a switch will be flicked and all of a sudden every game works), they’re trickling down games. While that’s fine, I remember they did the same on 360 with original Xbox games and they gave up halfway while leaving some buggy and unplayable, leaving me a choice of ditching the old games that I couldn’t play or keep my old Xbox.

Sony made a false start announcing Final Fantasy VII’s remake, but the excitement ends when we realize it’s by a group in Square-Enix that are still making a game announced in 2006 that NO-SHOWED this year’s E3. On top of that, the Shenmue 3 Kickstarter left a bad taste in my mouth knowing that Sony will be publishing it anyway, but still needed $2 million from fans. Apparently Shenmue wasn’t worth their money, but stealing the worthless Call of Duty exclusivity for millions was.

Nintendo left me with the biggest hole because something big is missing from their lineup this year. There was no Smash or mainline Zelda or Mario or even Pokemon. It seems they were off using the B-team for this year, sending in a Metroid spinoff and a ton of JRPGs. There was Star Fox, but reverting to a Star Fox 64 gameplay scheme (which remember, that game can be beaten in 45 minutes) seems like a step back from Star Fox Assault, which had a cool Star Wars Battlefront vibe. Other than Fire Emblem Fates (which in a bad business move, is releasing in two versions here), I’m actually skeptic about everything they announced, including Xenoblade Chronicles X, which was my most anticipated game since its unveiling back in January of 2013. To be honest, it seems they’re holding off for the NX next year. 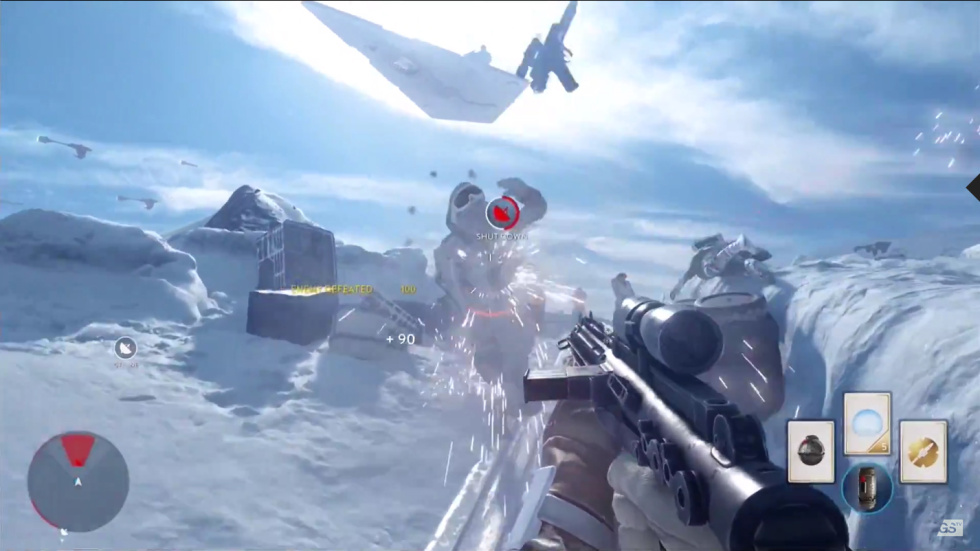 This year's E3 was one for the ages in terms of hype and an indication of gaming's future in general. The VR future is looking way more brighter than we thought years back with great demos for Sony's Project Morpheus, Oculus and Microsoft's AR-based Hololens. Based on the hype alone, Sony's conference delivered the trifecta of games: The Last Guardian, Final Fantasy VII Remake and Shenmue 3, but continue to struggle on the first-party front from a quantitative perspective. Horizon: Zero Dawn and Uncharted 4 were the some of the standout games in this year's show though, so Sony can still deliver quality-wise. Xbox's "greatest game lineup" is indeed solid, but it is your usual suspects of Halo, Forza and Gears of War. I do like seeing Recore and Rare's Sea of Thieves as signs Microsoft is still serious putting out new IP on the Xbox One. Nintendo's fall lineup is not as strong as past years, but Super Mario Maker is arguably my game of the show and can't wait to spend endless hours making crazy levels. Plus, I'm already deep into the amiibo rabbit hole and gonna get every one of the upcoming releases as I even started getting the new Super Smash Bros. wave from overseas instead of waiting for their U.S. releases in July and September.
Out of the third-party games, Fallout 4 looks very impressive, but I'm shockingly gonna pass on getting it right away due from the other releases out that in November like Need for Speed and Star Wars Battlefront. Speaking of Battlefront, that is looking like the shooter to get this holiday season even over Call of Duty: Black Ops 3, which had a lackluster showing at E3. I even bought a PS4 this week with Batman: Arkham Knight because of conserving HDD space for my Xbox One this fall. These 500GB consoles can run out of space more quickly than I thought and luckily there's 1TB consoles coming this fall such as the Forza 6 Xbox One. Plus, that Street Fighter V beta next month on PS4 also pushed me to get the system now than later. With my decision of buying A Playstation 4 this week, it's a great time to own all three consoles if you can and if you haven't jumped into the current generation yet, this holiday season's lineup is arguably the best one in a few years.