By: Jeffrey Dy | PS3 News - PS4 News - Xbox 360 News - Xbox One News | July 14, 2014
It was another weekend for the ages at Evolution 2014, the premier fighting game tournament in the world, at Las Vegas with memorable moments for all the featured fighting games players competed in. In recent years, fighting game developers had new announcements in mind as well as playable builds for what's next in the genre and this year is no exception. 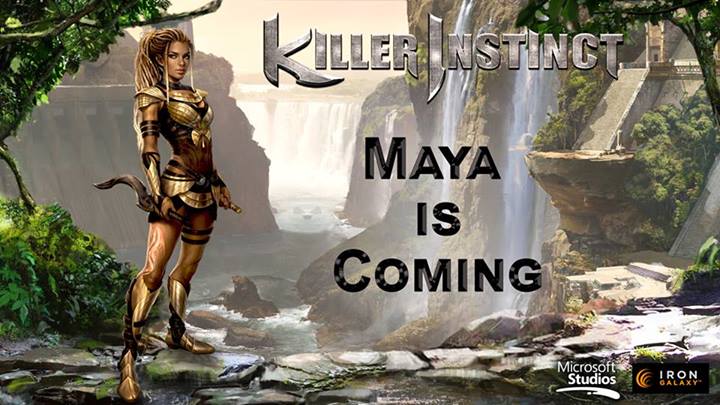 First up is the latest on Killer Instinct Season 2, developed by Iron Galaxy Studios. The game was playable at Evo with TJ Combo's new visual changes from what we last saw him at E3. Microsoft and Iron Galaxy had a panel last Friday about the new season. Another returning character was announced, which is Maya, who was in Killer Instinct 2. She also has undergone a visual makeover for the better from her original iteration. Her style is more rushdown based, meaning in your face along with her bouncing blades that will assumingly be her instinct mode. City of Dawn is the name of her stage and Iron Galaxy did confirm stage ultras will be making a return for Season 2, which we had seen in the previous two games. Air combo breakers and counter breakers will also implemented into gameplay with Season 2 comes out. Microsoft will likely have more announcements concerning Killer Instinct at San Diego Comic-Con later this month or Gamescom over at Europe.

Both of Arc System Works' upcoming fighters, Guilty Gear Xrd and Persona 4 Arena Ultimax, were playable at Evo 2014 as well. The latest Guilty Gear continues to look amazing and still shaping up to be released later this year for Playstation 4 and Playstation 3. As announced late last week, Persona 4 Arena Ultimax is region free when it comes out this fall for Playstation 3 and Xbox 360. The Evo staff will have a tough decision next year whether to include one or both these games on the main stage to fulfill the "anime fighting game" quota. It will depend on the communities and these games having consistent numbers in entrants at tournaments when they come out.

Ed Boon from Netherrealm Studios had something new to show for the highly anticipated Mortal Kombat X. The surprise wasn't that "shocking" as the thunder god himself Raiden makes his return. What I like about these gameplay trailers is how the fighting styles are showcased, a new feature for MKX. Raiden has his electrocution combo-like style, another one involving more teleports, and one style that incorporates lightning traps. His x-ray move and fatality were also shown off as they were as brutal as the ones what seen at E3 last month. Mortal Kombat X is still slated for a spring 2015 release on both current and next generation systems.

Last but not least was the biggest announcement from Evo 2014, which is unfortunately leaked a day prior. Slides were shown of a logo for Tekken 7 and IGN took the leak further with the sequel being confirmed. Namco Bandai's Katsuhiro Harada had to come up with something quick to compensate for the leak, which is the trailer above that premiered last night before the Ultra Street Fighter IV finals. Tekken 7 is indeed official and will use Unreal Engine 4. The trailer indicates that it is the final battle for the Mishimas. Kazuya's mother Kazumi is now involved and who knows how this storyline will end. This sequel is coming to arcades as well as the Playstation 4 and Xbox One with no release window. A longer trailer for Tekken 7 will be shown at the Namco Bandai panel during San Diego Comic-Con next month along with more details such as perhaps the other games Harada has been working on.
The next year for fighting games is already shaping up to be a big one with tournaments for existing games and releases of upcoming ones. Which of these are you looking forward to the most so far? Let us know in the comments below.