Fate of Nicolas Cage’s Comic Book to Become a Movie 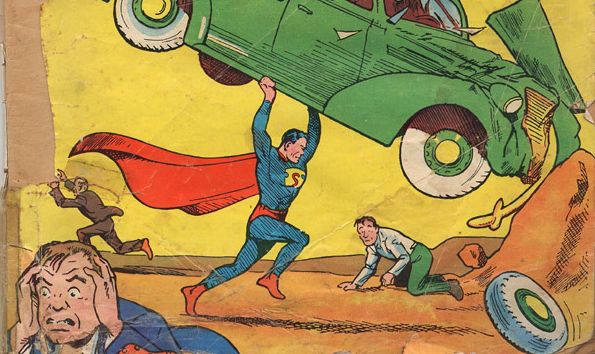 When Nicolas Cage lost his copy of Action Comics No. 1 back in 2000, it made the headlines across the globe. The comic, which boasts the first ever appearance of Superman, popped up in a storage locker in 2011 and in November made a record sale of $2.1 million at an auction.

Apparently this story has enough going for it to become a movie. The Hollywood Reporter relays that Lionsgate has nabbed the rights to Action No. 1, a comedy script centering on nerds trying to steal the infamous comic book. The real-life loss and recovery of the comic book inspired the screenplay, which was penned by Reno 911! creators Robert Ben Garant and Thomas Lennon.

The frequent collaborators wrote the script with hopes that Cage would play himself, though such an outcome now seems unlikely. There were also murmurs about Jason Statham hopping on board, but he apparently isn’t involved with the film.