Finding an Athlete Who is Already Lost

How often do we cheer the athletes but look away when the stars crumble?

There is a famous poem by John Updike called “Ex-Basketball Player,” a cautionary tale about a famous star who grew too old and “never learned a trade” and ends up spending his time playing pinball and working at a gas station, a shell of the former self he once was. Updike’s poem is sad because the audience sees the sports hero as a victim of his own fame and we assume he’s solely to blame for his downfall.

But a new sports documentary highlights a gripping modern day example that is gloomier, more compelling, and calls into question who is to blame for an athlete's fall and how— or even if— we can help such athletes. 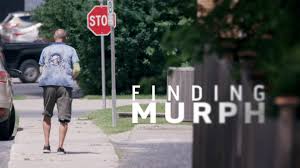 The short documentary Finding Murph, which first aired last month on Canadian TV’s TSN and is available free online at https://www.tsn.ca/tsn-originals/video/tsn-original-finding-murph~1466368 highlights former NHL great Joe Murphy, who played with several teams including the Chicago Blackhawks, Detroit Red Wings (where he won the Stanley Cup) and Boston Bruins. It powerfully helps to question what hockey is doing (or not doing) for players struggling with mental or physical issues once they leave the ice. The answer it uncovers is something that hockey fans and the rest of society will likely find unacceptable.

At its best, Finding Murph brings us face to face with a reality most of us don’t want to admit when we watch some of our favorite athletes each week, whether they wear hockey pads, football helmets, boxing gloves, or soccer shoes: professional athletes aren’t invincible. And long-term damage from concussions and prescribed medicines can potentially be catastrophic once the fans stop cheering.

We don’t like to admit such things are true, and indeed many athletes likely do go gentle into that good night— but not all do. Some end up in far worse places, like a few notable NFL players whose brains have (literally) been studied by science because they are no longer with us due to unfortunate life choices they made (most likely related to CTE--Chronic Traumatic Encephalopathy). This documentary seems to catch one such athlete in between: He’s well past the destructive stage where things have tumbled out of control, but he hasn’t reached the light of the afterworld just yet, where we all stop to mourn and ask why we didn't know something was wrong before it was too late. And we can only hope someone out there can help him and he can resolve his issues and find a new something-whether that is a new life, a new happiness, or a way to live that is slightly better or with more support- than the way he lives today.

In the documentary, at least someone tries.

TSN reporter Rick Westhead takes a former NHL player Trevor Kidd on a journey to Kenora, a remote region of Ontario, Canada to “find” Joe Murphy after rumors persist and circulate for months that he has wandered homeless in the territory for months after a brief altercation with police. While Kidd wasn’t a close friend, wasn’t a teammate, wasn’t even an associate of Murphy, he feels some responsibility as a fellow hockey player and hopes to investigate the situation and see if there is anything he can do to help. 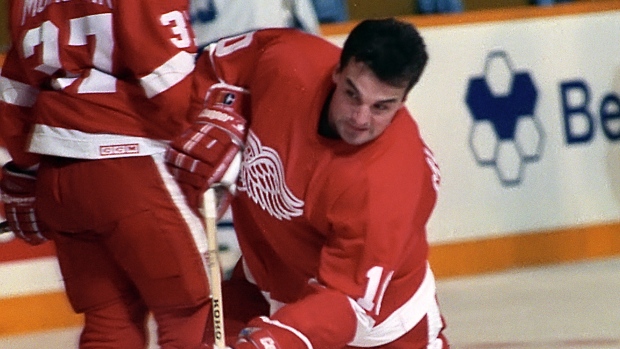 Not much could be said of anyone else.

The documentary’s interview of Murphy suggests the NHL turns its backs on players, and once players leave the league there is little help for them even if they develop significant mental problems later in life that are likely a result of the sport. It accuses the NHL Director of Counseling of hanging up on Murphy just months after he left the NHL when he tried to reach out for help because Murphy was no longer in the league. In a powerful moment, Murphy’s sister clearly holds the NHL accountable, noting he’s had “a traumatic brain injury” and “his mind doesn’t think like a normal person’s mind thinks.”

When both the reporter and former NHL player do “find” Murphy and talk with him, Murphy himself is unassuming and humble. Certainly time has changed him. In what ways and for what reason the documentary is a bit ambiguous. But for a player who had close to $20 million after leaving the NHL, it is clear he has had a long, difficult journey the past few years and he has nothing is left.

Well, not quite nothing. He has his pride and dignity. Though he admits he lives in bushes so full of ticks he won’t take the TSN reporter there so that the reporter doesn’t get sick- and he knows he is a shell of the man he used to be- he doesn’t want anyone to feel sorry for himself. He blames himself for poor life choices.

Still, it’s clear to the viewer that like many former NFL greats, something is gravely amiss with his cognitive reasoning skills. His sentences make sense in most of the documentary— he understands where he is and that he’s homeless and he doesn’t want pity— but he also speaks slowly, seems mentally confused about situations, and looks beyond frail for a former athlete who is only 50 years young.

His family agrees. What is heartbreaking in this documentary is we see his sister and ex-wife and estranged teenage daughter. They all still care about him and hope he’ll come home and don’t seem to understand how to get him help. Not nearly enough time is spent with them, and you get a sense there was a lot of material cut from the documentary. It would be of great value to see a much longer version of this piece, although it doesn’t seem likely one will be produced.

“He’s a good human being. He doesn’t deserve to live like this,” Murphy’s sister says at one point, exasperated. While not defeated, it’s clear a decade of Murphy’s mental descent has taken a toll not just on the former player but on those that once loved him.

Westhead’s narration and storytelling is compelling. While we hear from Murphy, his family, and residents of the town he now wanders in Canada, it is unfortunate there is no physician interviewed for the documentary. An expert on CTE injuries and how they impact our brains over time would certainly have helped explain a lot of what Murphy’s family suggests they’ve witnessed over the years and would also have provided insight into what help or assistance might aid other former NHL (or NFL) players who believe they are facing similar declines in mental capacity. 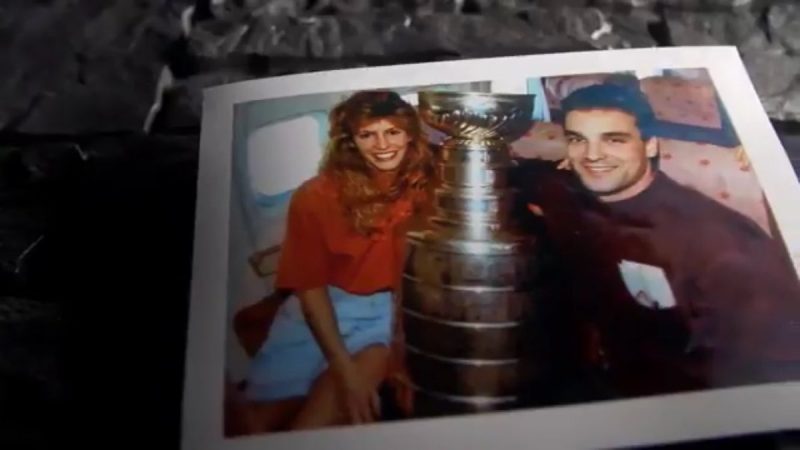 But at the heart of this story, and perhaps Westhead’s greater purpose in this piece, is to simply explore on a personal level one family’s tremendously sad experience of a modern athlete’s mental decline that is likely due to brain injuries from concussions.

Finding Murph reaches a new layer of tragedy to the timeless tale: because we know some of the “fall” is the athlete’s fault, but some of it is the NHL’s fault, and some of it is our fault for not doing anything.

Updike’s “Ex-Basketball Player” was literature. This is life. Finding Murph shows us a look at what happens to some athletes when the glory fades. One thing is for sure: this stunning documentary won’t fade from your memory for a long time after you’ve seen it. But when it’s playing, you certainly won’t be able to look away.