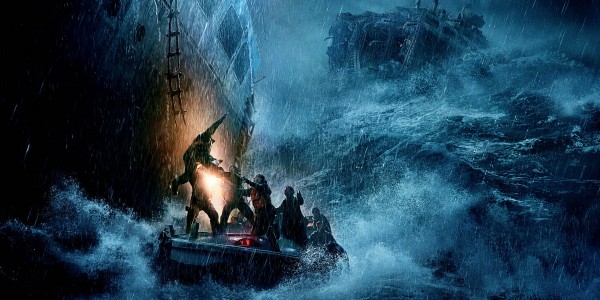 Admittedly, I am a sucker for these films. Heroic acts that occurred in a different era where honor and determination had value.
For many people, there is no greater fear than to drown at sea and many will choose not to go out on a boat. Then there are those who choose to make their livelihood at sea and go out everyday onto the waters of the Earth. The biggest challenge facing those who work on the seas is the weather. In February 1952, one of the most treacherous storms formed off the coast of the East Coast of the United States in the area Cape Cod, Massachusetts. A freighter named the Pendleton was on route to the US, but during the storm it was torn in half. The rear of the ship was able to remain afloat with 36 crewmen on board, but with no means of communication or steering there was little hope of survival. The captain had gone down with the front half of the ship which left the engine room engineer Ryan Seybert (Casey Affleck) in charge of the ship and the crewmen keeping the ship afloat until help arrives. 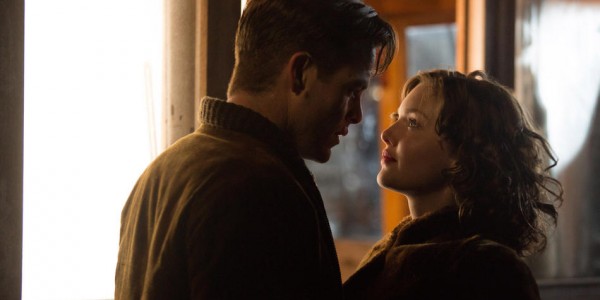 On the mainland, Boatswain’s Mate First Class Bernie Webber (Chris Pine) and the Coast Guard are made aware of the needs of the Pendleton, but do not see how they can rescue the stranded crew. With the storm in full force, The Coast Guard's Commander Cluff (Eric Bana) decides that they need to send a crew out to attempt to save the men on board the damaged tanker. Reluctantly, Bernie and three volunteers take a lifeboat out to assist the stranded sailors on the stranded wreck.
The Finest Hours gives a glimpse into an era where things seemed to be straight forward and simpler. Men were men, life were simpler and hope many times drove people's choices over logic. The style and storytelling provides a look into actual accounts of an heroic event, but it also has the refreshing quality of a straight forward era. Each layer of the characters lives may not have been shown in this dire situation, but director Craig Gillespie (Million Dollar Arm) provides a needed focus of this harrowing nautical event so as not to be distracted by unnecessary details. The characters are unapologetically portrayed as real and noble. Even with all of the odds stacked against them, the men of this small Coast Guard unit put their lives on the line for the sake of saving strangers on a unreachable vessel at sea. 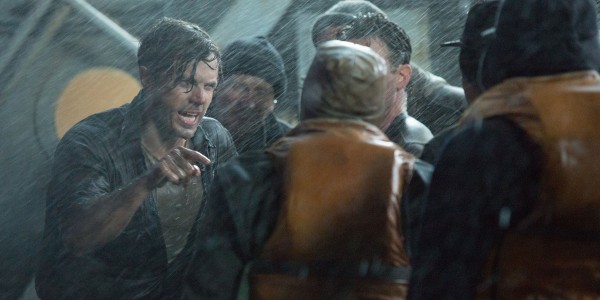 The cast was right on every count. From Chris Pine as Bernie Webber to Holliday Grainger (Cinderella) as Miriam Webber to Ben Foster (The Program) who performed one of his best performances in his career, but the stand out work was given by Casey Affleck (Triple 9). It is hard to miss the younger Affleck brother this year, because of his involvement in a multitude of projects, but this was the right role for his acting prowess. His command of the character provided Gillespie with the right leadership to keep hope alive on the damaged ship.
It is hard to punch holes in the sides of this film, but the weakness for many in this skeptical age might be the believability of this rescue attempt. Interestingly, this story of deliverance is accurate except for a few minor points of artistic license. The Finest Hours all may seem unbelievable, but this water soaked journey is portrayed with careful dignity and accuracy. It is heroic, entertaining and gives a glimpse into the hearts of people who lived during a time where their desires went beyond their own self-interest.
This is a good film that can be recommend to anyone to see and celebrate the men and women who put their lives on the line for their neighbours.
Rating
7.5
Pros