Since January, we’ve been hearing much about Disney’s Maleficent, the revisionist take on the Mouse House’s own Sleeping Beauty adaptation from 1959. Angelina Jolie will play the title role, and if you’ve been curious to see her in costume, we’ve got the first look at Jolie in character.

I was fairly certain that the Academy Award-winning actress could pull off Maleficent’s look, but she takes it a step or two further, looking just like the actual Sleeping Beauty villain if she stepped into the real world. Well, except for the light-green skin. Perhaps that’s an aspect of the story that will be addressed in the film. Additionally, some Lady Gaga-esque makeup is used to accentuate Jolie’s cheekbones, and colored contacts are used to give Jolie’s eyes an eerie glow. 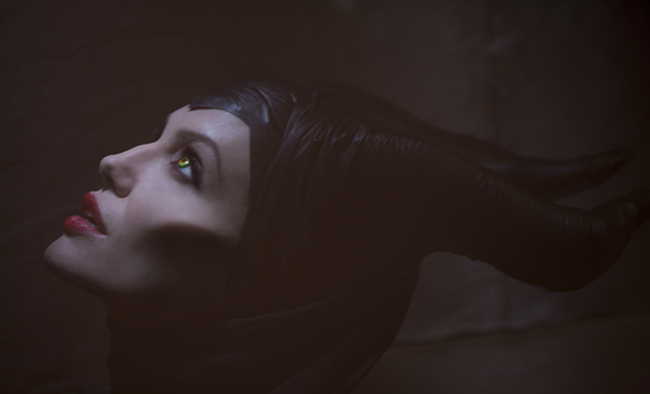 Jolie herself, a humanitarian and ambassador, isn’t too threatening, but even with just one still, her Maleficent is someone of whom you should definitely be afraid. It goes without saying that Elle Fanning, who plays Princess Aurora, needs to watch her back.

Disney has Maleficent set to hit theaters on March 14, 2014.