Hugh Jackman has held his own in Broadway musicals, but Tom Hooper’s Les Misérables will mark his first appearance in a musical made for the big screen. With filming underway starting last month, we now have an official glimpse of Jackman in character (courtesy the actor's Twitter account) that you can check out below.

The Tony Award winner leads the Oscar hopeful as Jean Valjean, a man who served 19 years in prison. Despite his newfound freedom, he breaks parole to prove himself virtuous and becomes a small town’s rich mayor. He also adopts a girl named Cosette (Amanda Seyfried), daughter of Fantine (Anne Hathaway). Les Misérables incorporates several other stories, all of which intertwine. They include Valjean’s rivalry with Inspector Javert (Russell Crowe)and a love triangle between Cosette, Marius (Eddie Redmayne), and Éponine (West End star Samantha Barks). 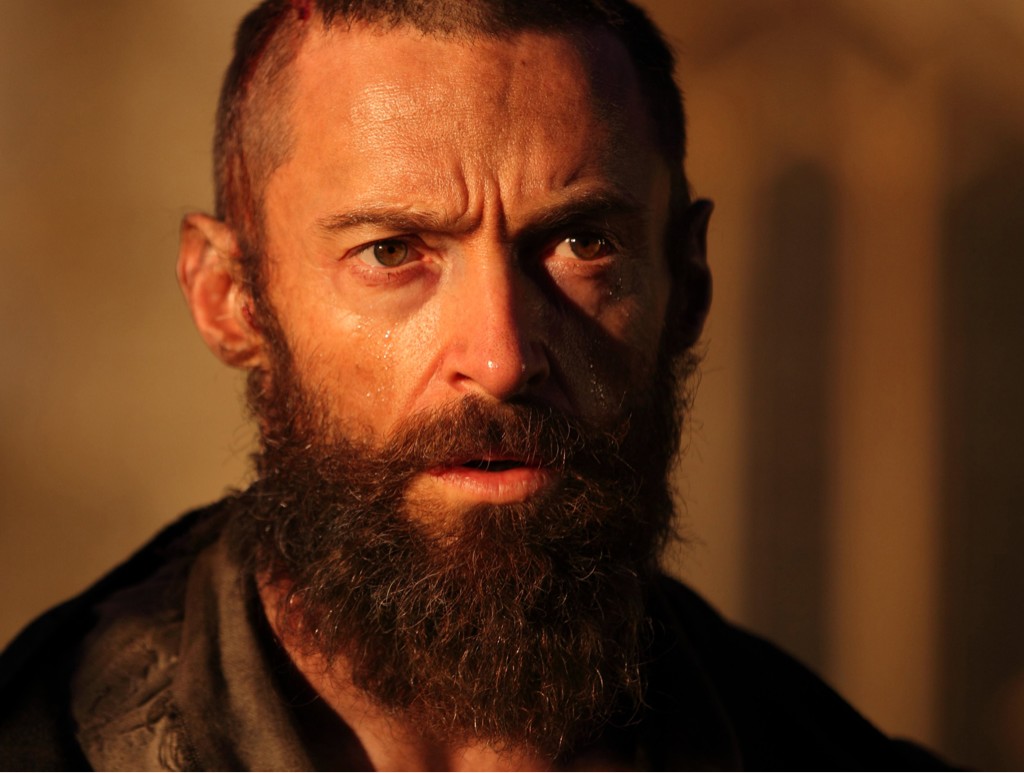 The pic doesn't give us much, except that we can expect a gritty period feel.

Les Misérables will also star are Sacha Baron Cohen and Helena Bonham Carter as cruel inn owners Monsieur and Madame Thénardier; it belts its way into theaters on Dec. 14.