Thanks to its stellar cast, intriguing plot, and crazy yet brilliant auteur, Quentin Tarantino’s upcoming Western Django Unchained is one of this year’s most anticipated films. Until now, we’ve yet to see any official photos, but now we finally have our hands on two official "Django" images.

Entertainment Weekly has the first look and also talked with Django himself, Jamie Foxx. When asked if the Southern-set drama (which deals closely with slave ownership) would cause a stir, the Oscar winner didn't miss a beat:

“Oh, hell yeah [it’ll be controversial]. You kidding me?” 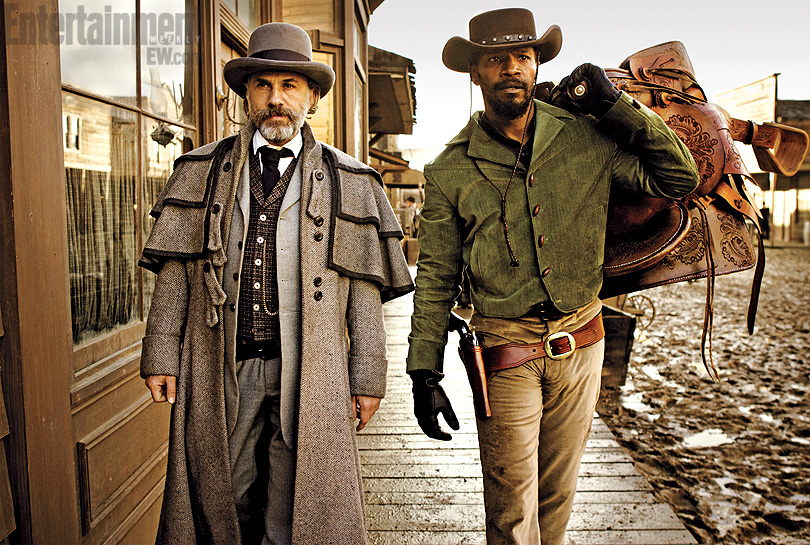 "Django" takes place before the Civil War and is set in the South. It follows its title character’s quest alongside Dr. King Schultz, a bounty hunter played by Christoph Waltz from Tarantino’s Inglourious Basterds, to murder the Brittle Brothers. In exchange, Schultz will make him a free man. However, along their way they encounter the plantation called Candie Land, whose crazy owner Calvin Candie, played by Leonardo DiCaprio, has captured Django’s wife Broomhilda, played by Kerry Washington.

Foxx discussed what he loves about this project’s take on the difficult subject matter:

“There’s a beautiful way [Tarantino] found for the characters to talk to each other. It’s mindblowing. You’ve never heard it this way. You’ve seen movies deal with slavery — or westerns that never dealt with slavery – do it the safe way. This way is like … wow.” 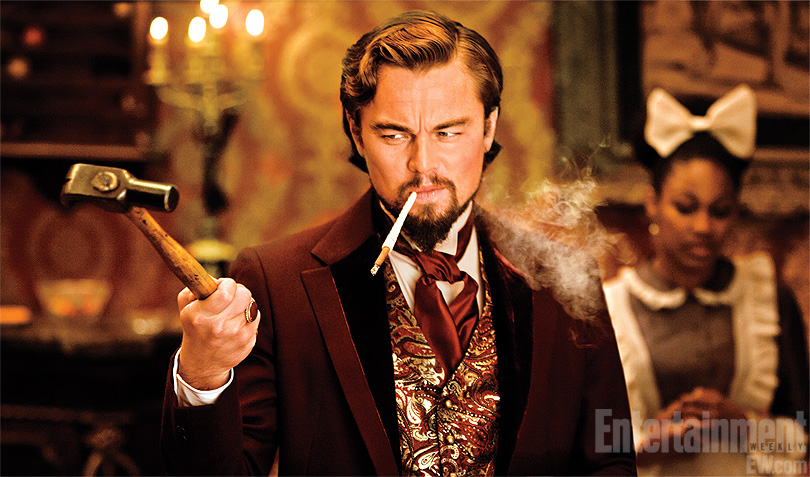 “Christoph’s character is a little aloof to what slavery actually is. He’s not familiar with everything, and when he sees atrocities, it’s Greek to him. But Django lets him know this is the way the world is and we got to get used to it. He teaches Django certain things he needs to become a whole man, and [Django] also teaches Christoph that when life deals you these cards, here’s what you’ve got to do."

Django Unchained makes itself a contender for "feel-bad movie of the Holiday Season" when it hits theaters on Christmas Day.