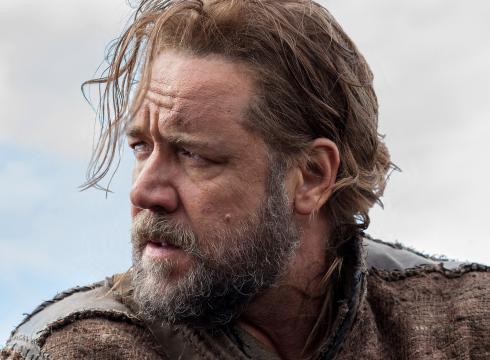 Darren Aronofsky’s Noah isn’t hitting theaters anytime soon, but shooting for the effects-driven biblical epic began recently in New York. We've seen the ark that was constructed solely for the film, and now we've got a glimpse of leading man Russell Crowe in action.

USA Today snagged the film’s first official still from Paramount; hopefully we’ll see some official stills of others in the stard-studded cast – which includes Academy Award winner Jennifer Connelly, Emma Watson, Logan Lerman, Ray Winstone, and Douglas Booth – in the near future. Aronofsky has been very active in terms of talking up the film on Twitter, mainly because it's long been a passion project for the Black Swan filmmaker.

Noah films in New York and Iceland and will set sail on March 28, 2014, but if that’s too long of wait to see Crowe on the big screen, he next appears in Les Misérables alongside Hugh Jackman and Anne Hathaway on Dec.14.