Five in the Mix for ‘Captain America 2’ Leading Lady

Although official details of the role have yet to leak, Marvel Studios appears to be in the hunt for a new leading lady for Captain America: The Winter Soldier. A rumor went around a couple weeks ago that Anna Kendrick was the frontrunner for this role, but a new list is making the rounds. 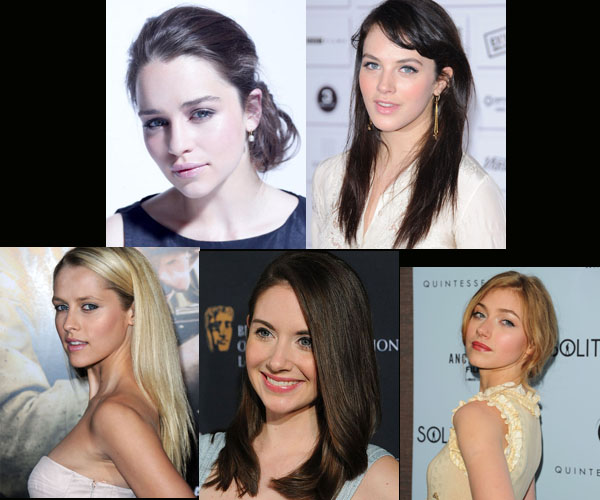 All five are hot up-and-comers, and a starring role in a Marvel film would solidify the lucky winner’s chances of super-celebrity. Clarke will almost certainly have the geek vote considering her popular performance as Daenerys Targaryen on Game of Thrones, but don’t count out Brie – the Russo brothers have worked extensively with her before as directors for Community.

The main question, of course, is who exactly these women are being asked to play. Only rumors at this point, but the logical choice considering Captain America’s newfound home in the present would be Sharon Carter, sometimes S.H.I.E.L.D. agent and niece of The First Avenger’s leading lady, Peggy Carter.

Meanwhile there’s also rumbling that Scarlett Johansson will make an appearance as Black Widow in The Winter Soldier, as another step in her nine-picture contract with Marvel. Considering Black Widow’s past involvement in the comics with Bucky Barnes/The Winter Soldier, that should come as no surprise to anyone – the question just becomes how much of a part she’ll play.