"A fun, fast, flawed ride"
By: Anthony Punt | TV Reviews | March 1, 2017
After a season largely spent running in place, The Flash sure has picked up the pace lately. For the first time in a while, there’s forward momentum in the series as characters evolve in response to current situations. Even the future death of Iris West storyline, for all its flaws—and we’ll be addressing those flaws soon enough—doesn’t involve the tired trope of Barry changing the past and then feeling guilty later about the unintended consequences. Perhaps the best move The Flash showrunners made recently was reintroducing Grodd, arguably the most compelling antagonist in the history of the series. Last week’s Gorilla City-centric episode was action packed and visually striking, so it stands to reason that an immediate sequel to it that centers the action in Central City would be more of a good thing, right? Er, not quite. Grodd’s machinations make him a more formidable opponent than the string of super-powered ciphers the Flash has fought recently, but several issues with plotting and pacing drag down “Attack on Central City” despite its fun premise. 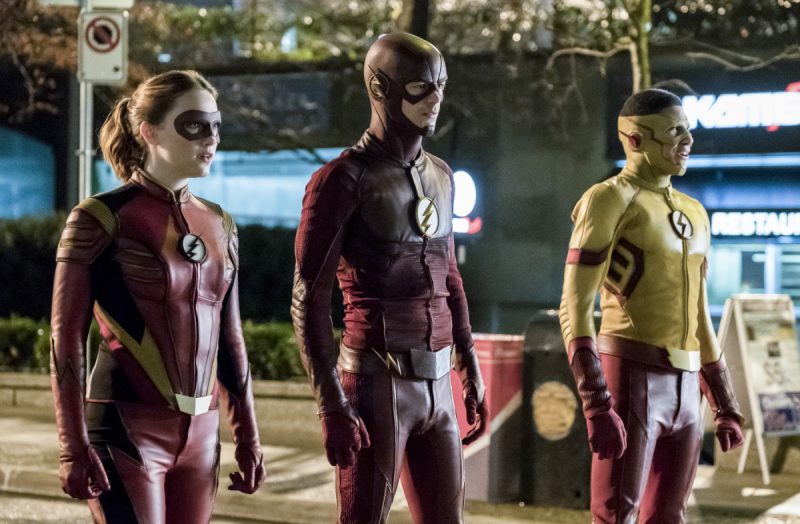 As we saw in the cliffhanger to last week’s “Attack on Gorilla City,” Grodd launches an attack on Earth 1 by using a mind-controlled Gypsy to create a portal between dimensions. With a episode title like “Attack on Central City,” you might naturally expect to see a full-on simian assault on Flash’s hometown. Surely by sheer numbers alone, Grodd’s army should subdue Team Flash pretty easily. But Grodd takes a curiously circuitous route toward his goal. First, he mind controls Gypsy into attacking Team Flash at STAR Labs, which gives the team the advance warning they need to plan a counter attack. Using the always convenient plot device of Cisco’s vibing powers, Team Flash “sees” the site where Grodd plans to attack. Grodd then counters that move by taking over Joe’s mind, forcing him to put a gun to his temple and pull the trigger. Of course the Flash is able to stop the bullet before it reaches Joe, but it just leads to this inevitable question: why didn’t Grodd just take over Barry’s mind and get things over with? Instead, Grodd mind controls a general with access to nuclear weapons and later stands by passively while the Flash thwarts that plot as well. It should also be pointed out that the actual “Central City attack” is largely perfunctory, as the three speedsters (Flash, Kid Flash, and Jesse Quick) face down Grodd’s army just long enough for the two vibers (Cisco and Gypsy) to bring in Solovar to kick Grodd’s hairy ass and effectively save the day. Logically inconsistent actions aren’t merely limited to Grodd, however. This episode asks a lot of its audience in tracking the motivations of the series titular hero as well. This brings us, as I promised it would, to the death of Iris storyline that’s been brewing for the past few episodes. The oft-repeated mission statement espoused by Barry this season has been “changing the future, one headline at a time,” with the theory being that with each crime he prevents as the Flash he can avert a future in which Iris is murdered. In some cases, however, Barry has interpreted it as his mandate that he should also let some crimes happen if it means Iris won’t die as a result. In this episode, Barry somehow gets it into his head that he needs to kill Grodd in order to avert the dark timeline, only to be talked out of it by Iris herself and later by Harry. Given how saintly the character has often been portrayed, it’s shocking how often Barry has considered abrogating his principles to save Iris. Even more shocking is the fact that Barry just went through similar circumstances with Flashpoint—you’d think he’d have learned by now that mucking with the timestream can do as much harm as good, but it appears that the Flash is a slow learner in this regard. 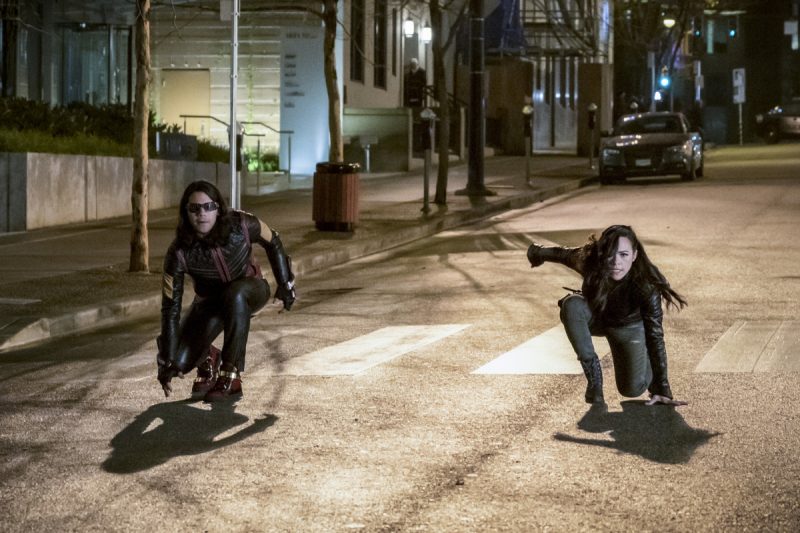 Despite these sizable flaws, “Attack on Central City” manages to power through on force of sheer charm and pluck alone. The showrunners have found success by refocusing on the bonhomie that made Team Flash an enjoyable group of friends to hang out with. Even HR, who has often grated on me this season, endears himself by arranging a “Friend’s Day” celebration prior to the Grodd shenanigans. (As it turns out Friend’s Day is an Earth 2 equivalent to Valentine’s Day, thereby proving that Supergirl isn’t the only CW show to honor the holiday late.) We presumably would’ve seen more of the budding love affair between Caitlin and Julian too had the latter not been called away on “family business” back in England (at least his absence is acknowledged, unlike James in this week’s Supergirl). It’s fairly impressive that the episode manages to pack in as much as it does alongside the gorilla army attack: we see more of the interdimensional flirtation between Cisco and Gypsy as well as the interdimensional courtship between Wally and Jesse (with some passive-aggressive interference from Harry). The episode even ends on a pair of cliffhangers following the capture of Grodd as Barry pops the question to Iris and Wally literally runs into Savitar. So even while there have been some stumbles getting there, The Flash has kept on moving forward—here’s hoping it can keep the pace going in the future.
Rating
7.5
Pros