"Australia gets the best Horizon Festival yet"
By: Jeffrey Dy | PC Reviews - Xbox One Reviews | October 5, 2016
We seen Playground Games take the Forza Horizon series to Colorado and parts of Europe, but their third game is their biggest and best locale yet. The open worlds keep improving for players to drive around with no limits. Australia takes it a step further being more beautiful and diverse than the past two games. While the formula didn't change significantly, Forza Horizon 3 is another great entry for the series. 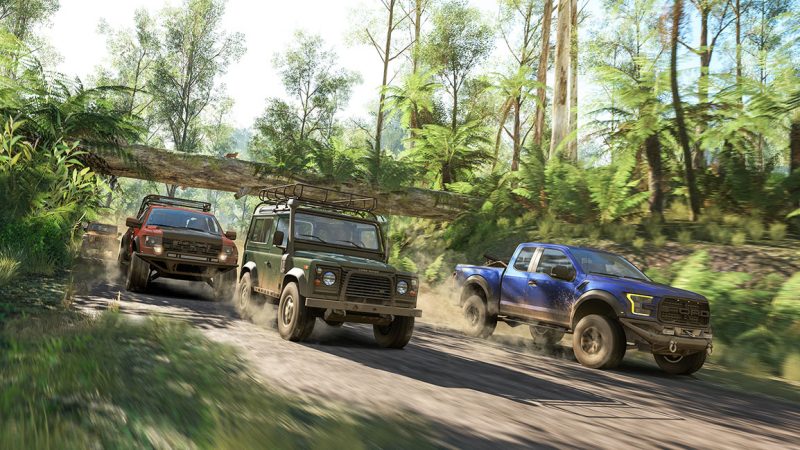 This time around you're the boss of the Horizon Festival as you touch down in Australia. From there is what you expect from the series: lots of races to complete whether on or off-road, boards to smash, bucket list challenges, periodic showcases and more. The goal here is to accumulate as many fans as possible to expand the festival to other Australian regions. Expanding festivals lets you access more events and PR stunts. There are four in this game that feel like they have their own identity. That was one of the issues in the last game where the open world wasn't diverse enough to drive around. At Australia, we get Byron Bay, Yarra Valley, Surfer's Paradise and the Outback. From the rainforests, the city and the sandy outback, Forza Horizon 3's open world is a blast to explore. Fans can be gained by doing well in races, going fast in speed traps and speed zones, jumping from danger signs and drifting effectively through drift zones. The latter two are new in this sequel adding to the tons of stuff to do around Australia besides racing. Plowing through the exhibition races and championships becomes too much of a grind to no surprise like past games. It's nice to take a break from those to explore the open world periodically. By the time I beat the last showcase event, the game ends abruptly with the credits rolling even though I was only a third done according to the progression stats. 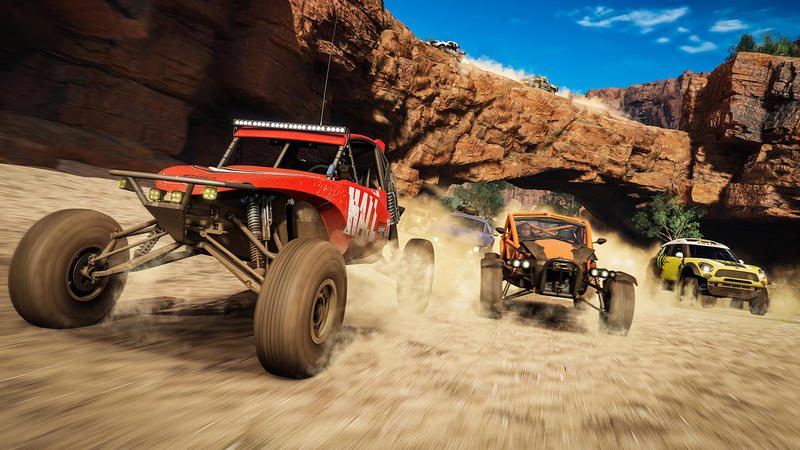 Controlling cars in Forza games have always been the one of the series' strongest points and Horizon 3 is no exception. They always cater to all skill levels from assists that can be used or turning them off for a more simulated experience. I tend to have a better time drifting during turns in these compared to any other arcade racer. Driving certain cars through offroad environments still remains as one of the best fun moments in this series as well. There's more water to drive through in Australia however, but that's fine depending on the vehicle you got. Over 400 cars are available to drive at your disposal from sports cars, exotics, SUVs and buggies. Plus the Halo Warthog is in this game and there's a neat Halo Easter egg I won't spoil too. The skill system is also back and there's more ways to accumulate lots of skill points here. Skill songs will play at random and your multiplier doubles as you rack up a combo. Skill points are gained by drifting, racing clean, near missing traffic, wrecking through the environment and more. They are spent on extending your combo longer, scoring more on certain tasks, fast travelling anywhere and more. By the time skill songs come on, I find an area with lots of bushes and trees to wreck to exploit the system. At least there's more stuff to drive through to extend your combo, but there are still certain objects that look destructible but not making your skill chain not count. Playground Games love to tout about their drop in, drop out online features for Forza Horizon 3. Online adventure has players driving to a number of events to complete. Races from the campaign and multiplayer exclusive modes like king and flag rush are selectable. Those modes aren't always fun to play, but it's there if the lobby of players want a change of pace. Online freeroam is similar but without the championship aspect of it. Making the series debut however is co-op campaign where players can complete together instead of doing it solo. However, my experience with that so far has been limited where matchmaking takes forever to find me someone to pair with and barely no one plays it. Social features like clubs, car customization and the return of the auction house are present, so those will keep players busy online.

Forza Horizon 3 is one beautiful game to look at. Playground Games did a great job bringing their vision of Australia to life. Think of it as a brochure for the actual country itself because that's how inviting it is in the game. Most impressive to me is how the rainforests look lush and dense. The outback and urban areas are great as well along with combining it with the rolling time of day for perfect photo mode moments. The framerate maintains at 30 frames per second consistently on Xbox One. However it tinkers between 45-60 on PC even though it is not as stable there. Fortunately there is a locked 30 option for Windows 10 owners that plan to take advantage of the Play Anywhere program. The soundtrack is exceptionally great with radio stations containing hip-hop, rock and EDM. With this holiday season being low again on racing games to get, Forza Horizon 3 stands out from the pack as another great effort by Playground Games. Australia is a better open world than the last games to drive around and explore. The diverse areas look more attracting than parts of Colorado and Europe the developers used. The solo grind maintains the same, but at least there's more activities to do. I do miss the "story" the first game had, which I played recently because it was free on XBL Gold. Hopefully the series comes back to that in the future. In the meantime Forza Horizon 3 should be treated like a vacation. Enjoy the beautiful scenery at your own pace than try to rush through everything.
Rating
8.5
Pros