Fringe – A Better Human Being

After the closing scene kiss that took Peter and the viewers by surprise last week, Fringe picked up where it left off in Olivia's apartment and delivered an episode so well crafted and so well written that it has to rank up there with the very best of the entire series.

The third season started after the two spellbinding final episodes of the previous one introduced us to the fascinating alternate universe, and it then had a run with virtually no filler episode to speak of in its first half. What it had going for it was the novelty of The Other Side and all its colorful characters, and the fact that Olivia's fate — trapped in a universe that wasn't hers — turned a character that was already in many ways the heart of the series into one that most viewers couldn't help but root for. Comparatively, all the fourth season had to work with was a new timeline, a relative measly change — even if more complex in the details — it made up for by weaving its stories across timelines, improving on every character and every relationship touched on before. That process took some time, failing to win some viewers over, and only came to fruition with "A Better Human Being." 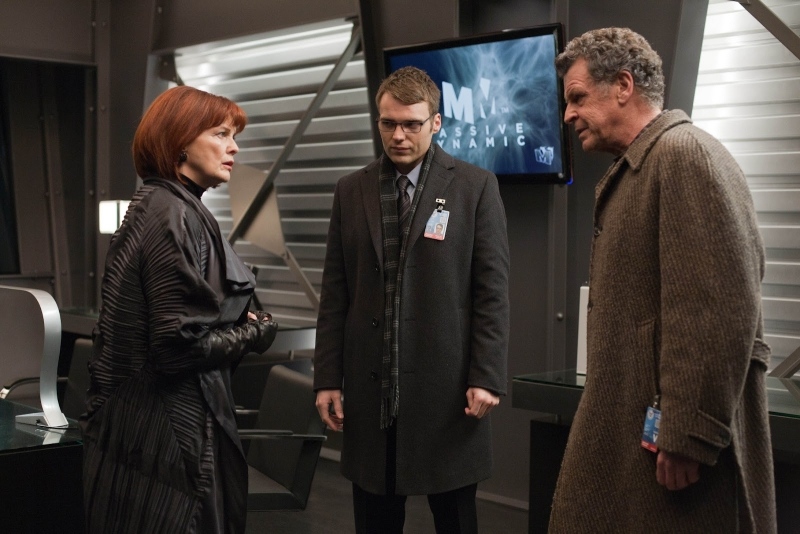 On its face and based on one of the most misleading episode titles ever produced by the series, "A Better Human Being" was about the genetic experiments conducted by a doctor who wanted to improve on the work of god by creating better human beings. He used his own altered reproductive material for in vitro fertilization of a couple of hundred babies delivered by unsuspecting women who had problems with natural conception. The women who were cheated twice, about the identity of the purported donors and the implied pristine condition of the donor's reproductive cells, gave birth to healthy but fundamentally "unnatural" babies. Some of them developed a bee-like gregarious instinct and communication skills. We meet Sean Keenan, a young patient of a mental institution who has been hearing voices all his life, and experiences (or eavesdrops on) the murder committed by his "brothers". Thanks to a nurse who connects what Sean was mumbling during his "crisis" to TV reports, the Fringe team is called in to investigate.

The case here deserves to be examined not because it was a conduit to the real focus of the episode, but because to achieve that goal the two stories were extremely well woven together. We move from a murder "witnessed" by an institutionalized patient to a sound assessment of the young man by Walter who questions the diagnosis and recommends taking him off his drugs to help with the investigation. Astrid — who better than her? — is left to attend to Sean, waiting for more voices, while the team investigates. She helps Sean by being there for him and doing what she does best in all timelines, nudging him toward the right conclusions about himself. But where she really shined was in their parting scene when, better than the young man's mother, she gave him reason to hope in the future without those voices he had become accustomed to. The investigation also smoothly led us to the doctor behind the whole thing, a personal favorite being his scene with Olivia and Peter that established the obvious connection between the case and the other storyline, the one that turned the episode into one above most.

When Dr. Frank spoke of the (read "his") hubris of trying to improve upon god, I couldn't help thinking about the hubris of whoever is behind the gradual transformation of Olivia, given that the consequences of their action is certainly not going to pan out as they expect it.

"A Better Human Being" might have been apparently about the gregarious offspring of Dr. Frank, but it was really about what's happening to Olivia. The opening scene took us back to her apartment, where we discovered she was still herself, but said about the kiss "it just felt like that's what we do. It just felt normal." It got worse, or better depending on the point of view, as she was gradually flooded with actual memories of Peter's timeline. Using the déjà vu feeling caused by similar settings (door closing on Peter, mental institution, etc) was neat, just like using semtex to convince Peter that he had nothing to do with what was happening to Olivia. The gradual takeover by memories from the other timeline could be seen in Olivia's attitude who was dismissive at first, worried when the flashes of memory appeared, then confused while listening to Walter's first hypothesis, and finally vibrant with love for Peter, a feeling that gave the episode a couple of its best scenes. 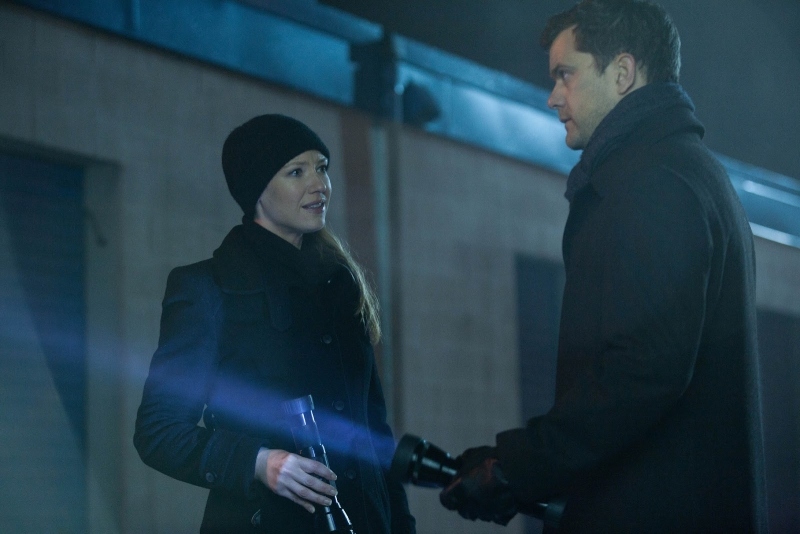 Dialogue in "A Better Human Being" were of superior quality, but everything that passed between Peter and Olivia was given a extra care, from the opening scene to her visit to his house concluded with "I remember it, I remember us, I remember everything." However, those that read like a Shakespearian drama were toward the end, when just before her abduction they discussed how odd the situation was, and when they went looking for the storage space and she wanted him to let go of his fears and stop fighting with his feelings (Olivia: "I want you to behave naturally. I want you to treat me like you know me better than anyone in the world too, because you do").

Which brings us to my only quibble with the episode. I think Peter gave in a bit too quickly, not to mention that the "seeing it in your eye" device has never been a favorite of mine. He rightly expressed his past betrayal but followed that up with a kiss. We sure understand, like Walter did, what was going through his mind. Suddenly his world was coming together again, his father (to some extent) and his Olivia were back to him, so how could he resist it? I have expressed in a previous review how I thought his love for Olivia would be the only obstacle to this timeline becoming the timeline, and now the showrunners seem to have chosen a route that confirms it. The only open question about that now involves what September (the observer) was up to when he appeared severely wounded and predicted Olivia's death. With the current turn of events, it is worth mentioning that figuratively, Olivia is dying and is being replaced by another person, so this might be a way out without an actual end of life.

"A Better Human Being" is one of those episodes that seem to require more than a review because in addition to being significant within the overall story, they are filled with delightful moments. Moments like Astrid being complimented on her beauty by Sean, like Walter stopping the hand-touching between the leads with a disapproving attitude, like Olivia saying that she needs to pee, or like finding out that Nina Sharp isn't Nina Sharp. The episode was a remarkable intertwining of two storylines that worked because Anna Torv brought alive the right Olivia Dunham every step of the way, expressing her feelings very eloquently and allowing us to see and feel the memory takeover.