Fringe – Everything in Its Right Place

"Everything In Its Right Place" was a rare non-cryptic title for an episode of Fringe about Agent Lincoln Lee defining his place in the world, something that was ultimately made possible because of the death of Captain Lee (alt-Lincoln), an event that struck Fauxlivia, but also opened a new door for her.

Right at the beginning of the episode, Lincoln—who might have thought few months ago that he was finding his place in the world—is confronted with yet another forgotten memory from Olivia and subsequently volunteers to replace Astrid in a routine briefing mission to the Other Side. One thing leads to another and he gets involved in a Fringe Division investigation of a vigilante he very soon suspects to be a﻿ shapeshifter. 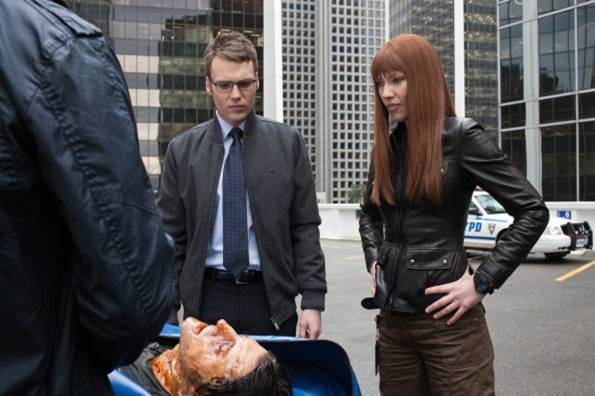 Unwilling to get back to this Side and stare at Olivia's and Peter's happiness, Lincoln sticks around in spite of the open opposition of Colonel Broyles and spearheads the investigation toward the right conclusions. The story uses his presence to educate the audience on the impact of the bridge (between the two worlds) on the "health" of the Other Side that is apparently healing itself and, more than that, the story allows Lincoln to explore his life by trying to understand where alt-Lincoln's life and his own have diverged. As it turns out, the two have in lot in common, even though they've ended up with very different personalities. The overly confident alt-Lincoln concludes it's a matter of free will—a matter of different choices—not too long before being shot to death.

Fringe got a few things right from the very beginning of the series: a compelling female lead, a wonderful supporting cast, a particular atmosphere and episodes written with care even when stories were lacking. Those things held viewers who gradually saw Olivia moving from compelling to the beguiling Olivia Dunham. However, the show really made a giant creative leap at the end of season two with the little step that introduced the Other Side. It was much better than simply having a mirror image of this Side. The showrunners brought us fascinating people living in a universe that seemed just slightly cooler on many points. Fauxlivia's attitude and personality was immediately part of that novelty, but because she was initially perceived by many as being the "evil one," Lincoln Lee (there was no Lincoln on this side then) was one of the major reasons the story worked. As the team leader and the lead scientist, he showcased the slightly advanced tech and, with his space opera cowboy looks and self-confidence, he won the audience easily. With Fauxlivia gaining prominence and becoming more likable, alt-Lincoln's role was gradually scaled back.

Because of his scaled back role and the addition of Agent Lincoln Lee to the Fringe team on this Side, alt-Lincoln's death was not as heartfelt for the viewer as it was for Fauxlivia. What's more, the rejection Lincoln felt on this Side because of his lost Olivia pushed him into the introspection we saw during the episode, something that got him even closer to alt-Lincoln, affecting our sense of loss. It's difficult to feel we have lost someone when another version of them seems to be ready to step up and fill their shoes.

As often with Fringe, the case mirrored Lincoln's personal journey. As he was pushing the original David Robert Jones' shapeshifter to define his destiny and his place in the world, Lincoln was himself on the verge of making such a decision, motivated by his conversations with Captain Lee and the realization that Olivia was now definitely Peter's.

Which brings us to Fauxlivia, who is basically a less buttoned-up Olivia with a gung-ho attitude, playful manners and very good sniper skills. We've learned during this season that Fauxlivia likes "good guys," and Lincoln is just that. Alt-Lincoln was a friend she could rely on and nothing happened to suggest that he saw her more than just that. Now, it seems his death opens the door to a romance that makes sense, given the personalities involved. 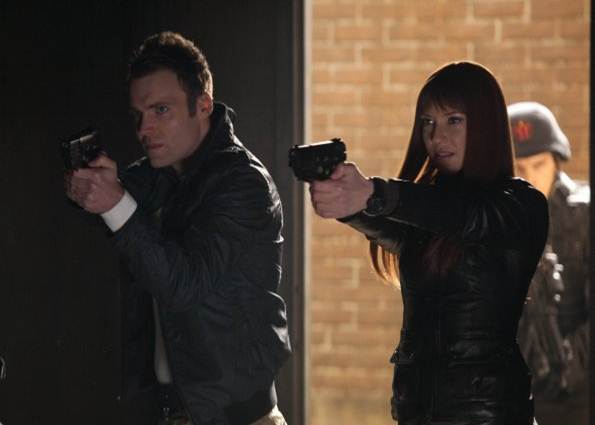 I should add that I particularly like the fact that the storytellers didn't waste any time in bringing Lincoln to Fauxlivia right when she was mourning. At this point, he apparently has no other objectives than helping her in her investigation into the shapeshifters and replace the shoulder that alt-Lincoln was. Both of these actions were possibly rooted in his "good guy" credentials and his arguably unconscious attraction to this version of Olivia, as well as his desire to stay away from this Side. It will be interesting to see how exactly Lincoln "sticks around." In what capacity, with what authority and, more importantly, with whose blessing in upper management? The case also showed that he might really be helpful in the investigation and, knowing Fauxlivia's own skills, it's only a matter of time before the two of them are onto Broyles.

Beyond the little details that have always made the Other Side fascinating, there is the fact that the showrunners have been compelled from the very beginning to be even quicker in the development of stories set there. They can only occasionally allow the storyline to revolve around the Other Side, so when it happens, they have to make the most of it, which is why I think the Fauxlivia/Lincoln relationship will be dealt with rather sooner than later.

"Everything in Its Right Place" was a minor turning point in the series of course correction events initiated since the beginning of the season. Instead of keeping two underutilized characters, the storytellers got rid of one, but in a way that is actually going to make the surviving one stronger, more relevant and, arguably, in its right place.