Fringe – Journeys of Acceptance in ‘A Short Story About Love’

After stories that put strong emotional tolls on its characters, Fringe typically spends an episode picking up the pieces with a case that mirrors the situation, and does it with enough parallels to allow the characters to shape their futures. "A Short Story About Love" was such a pause for the show, but, beside being much more effective than other such episodes (like "Marionette"), it actually had resounding consequences for the overall story.

I never believed in multiple timelines the way the "interweb" had adopted the concept and was somehow vindicated by the events in "A Short Story About Love." Besides making all of my hypotheses come true, the episode took its two leads on journeys of acceptance that ultimately led them to embrace their feelings. 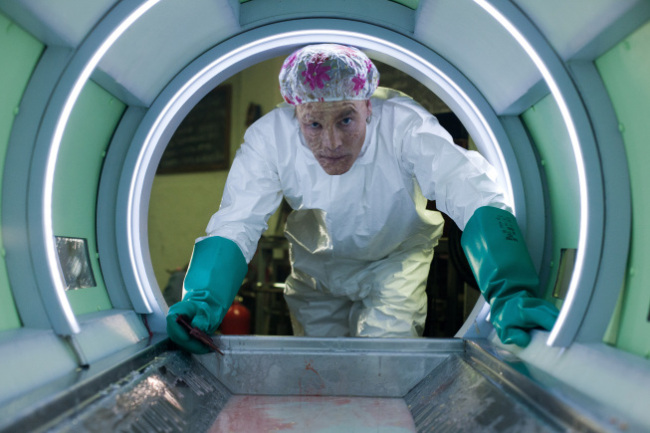 On its face, the episode was about a disfigured man who lost his lover and was trying to find someone with whom to share his life by creating a "love potion." To achieve that, he targeted couples in love (and unburdened by children), first killing the husband to harvest as much pheromones as possible, and then using the pheromones to create a fragrance that would lure the widows to him. There were obvious problems here in that he was expecting the widows to be swept off their feet after only a few seconds of exposure to the potion. Killing them after the experiments failed also didn't really make sense either. Then again, you might say someone in his mental state shouldn’t be expected to have a lot of common sense.

The case was only there to allow Olivia to ponder her own fate and to be pushed to a decision when she met the widow who got married to her husband, a university friend, because "she had let go of the possibility of love."

When the episode started, we met a thoughtful and seemingly sad Olivia waiting for Nina in a restaurant where they always have breakfast on Saturdays. The beautifully written conversation allowed her to share very candidly with her adoptive mother how deeply in love she is with the man who wouldn't have her, because she is supposedly not who her memories claim she is. This set the tone for the entire episode and warned Nina of the risk of Olivia losing every bit of memory involving her actual life, which would effectively erase Nina (as a mother) and the connection they've always shared.

What followed was a case where even the most unremarkable detail, like the corpses of husband and wife in the lab accidentally touching each other’s’ hands, reminded her of her sore heart. It didn't help that everyone seemed determined to ask how she felt after the events of the last episode, or that Peter had to be occasionally mentioned around her. It took such a toll on her that she opened up to Walter, asking him to get rid of those new memories because she “didn't want to feel like this anymore." It is worth stressing here that this initial decision was motivated by her heartache, and not by the "rational" principle of having the right memories in the right body. 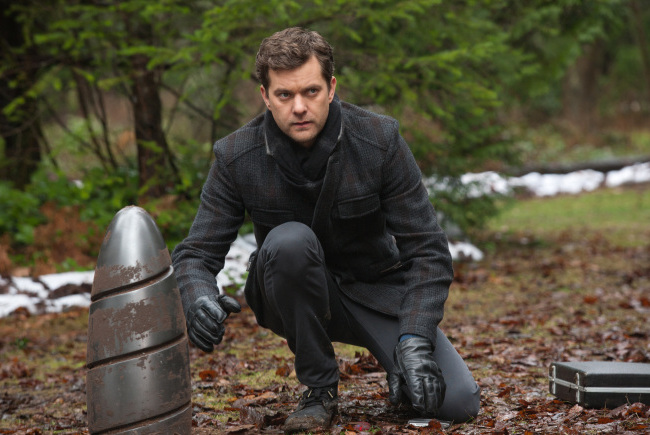 While Olivia was going through these unwanted experiences, the episode had the good sense to send Peter away on a journey of his own. I have been vocal before on how much effective the show is now—in its fourth season—at using its leads, and Peter's storyline in "A Short Story About Love" was a vivid example of that. Demonstrating the sort of independence he's shown since he returned, he first decided to leave (hurting Walter’s feelings by not telling him) before being pulled back into the fold, following the breadcrumbs left by September (the observer) who has now definitely proven he is a renegade. September finally confirmed Peter was right at home (read: gives him the authorization to act on his feelings), something he could have cleared up by finishing his sentences properly in the previous episode!

The story structure was such that both journeys of acceptance ended up at the same time in the same aptly named episode. As usual with Fringe, a storyline that could have taken several episodes in a less ambitious show was wrapped up in an engaging single hour.

When Olivia met with the last victim's widow and started, "You must have loved each other very much," she was far from expecting an answer that would crystallize her own decision. She realized after the quick chat that she didn't want to give up on love like the widow. She wanted to experience those feelings even if they hurt. Those came from a “better version" of her. The second conversation with Nina was another great moment of the episode. Anna Torv has developed some mannerisms that make Olivia Dunham extremely candid in situations like these. Nina Sharp, of whom a lot was asked, almost had no choice but to try and be happy for the daughter she was losing. Her "how long do we have" was telling. As I said in a previous episode, Olivia Dunham was to die figuratively for another to take her place.

Beside quantum emotional entanglement, which is not a favorite of mine, the episode touched on themes like relationships, romantic or not. Is chemistry all that matters? Or, should it be supplemented by something else? The love potion failed because after a few seconds the widows realized they weren't looking at "their" husbands. While from the beginning of this new timeline Olivia and Peter have always been drawn to each other, it took her newfound memories to really make things happen so quickly and so intensely. There was also Walter's guilt for trying to stop love and, to some extent, his admiration for Peter. Lincoln was affected by the events because he understood his place was that of a friend and nothing more. Outside of the two leads, the most painful experience has to have been Nina's, who lost a daughter. The show managed to get that right by having Olivia asking Nina to help her rebuild their bond once all is lost.

In fact, as someone who thinks the fourth season of Fringe might prove the most fascinating in repeated viewing, I felt vindicated by the events in "A Short Story About Love" in more ways than one. They confirmed my hunches, but also managed to show that the re-engineering initiated by the Machine and painstakingly developed since the beginning of the season worked. We have had a reboot with a different world but, essentially, the characters have gone back to what they were. The efforts came with improvements both for characters and for the storylines and settings. The show designers have used the process to move us forward with some sort of error-correcting mechanism.