Fringe has been many things over the past four years, but one thing it has never been is predictable, both in its stories and in its characters. The minds behind the show have managed to (mostly) turn that into a quality, using their particular brand of creativity to churn out so many compelling stories that some storylines and some characters were bound to be neglected. In "Making Angels," the show has picked up one such storyline and has finally devoted some time to one of its most underrated characters, bringing us a unique episode that used the bridge between the universes like no other before.

"Making Angels" starts with The Other Side Astrid (alt-Astrid) crossing over to meet This Side Astrid. This is unprecedented not only because it is the first time a character crosses over just to meet their double, but also because of how the meeting happens. As a Fringe agent, Astrid has dealt with people from The Other Side for years, but when she finds herself in front of her doppelganger, she lets out a scream . Because it is Astrid, the reaction makes sense, something that is further reinforced by the reason behind the meeting. Alt-Astrid has lost her father and with her unparalleled logical mind, she has concluded that the person the most able to console her is her double on This Side. 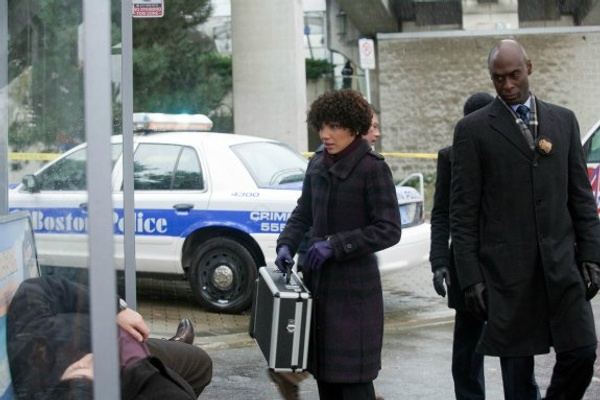 The move allowed the story to show a lot more of alt-Astrid, a character with clear signs of autism but also a bit more eager to socialize than her iteration in the previous timeline. It doesn't really matter if the story was accurate in its rendition of autism at this point. What made it a heartfelt moment was her quest for answers about herself and her father's love for her considering how limited she is in her interactions with others. Being able to explore the theme of loss and love for socially impaired is not new, but doing it with a mirror image of oneself who shares enough of your life to understand you is what stood out here and was done very well — with a solid performance from Jasika Nicole who really shines as alt-Astrid. By virtue of those similarities and their conversations, Astrid came under the limelight as well, which was also welcome.

The case this week was tailored to accommodate the visit and stood out more for its implications, though it should be said it was a case like no other in the way the investigation was conducted. Fauxlivia, apparently the only one aware of alt-Astrid's loss, crossed over to take her home but found herself unable to do it right away. Stuck in the lab with alt-Astrid and Walter, she ended up assisting the Fringe team while being very much herself (something that always annoys our Olivia) and making peace with Walter. Alt-Astrid was instrumental in the resolution of the mystery around the apparently unrelated deaths by doing what she does best, finding connections between apparently unrelated items, and even better, by expressing her conclusion in a way that would charm Walter (and us).

The case was about a man who tried to meet his mother's expectations so hard that he used the device lost by September (our favorite Observer) to travel through time and "save" people by killing them. It touched on time as seen by Observers and on parents mistakes that may have resounding consequences, but more importantly, it allowed the show to pick up on a storyline set aside for a while now, the fact that September didn't erase Peter as instructed. That and a few other things seemed to be (to me at least) an important development in this season's work on characters. 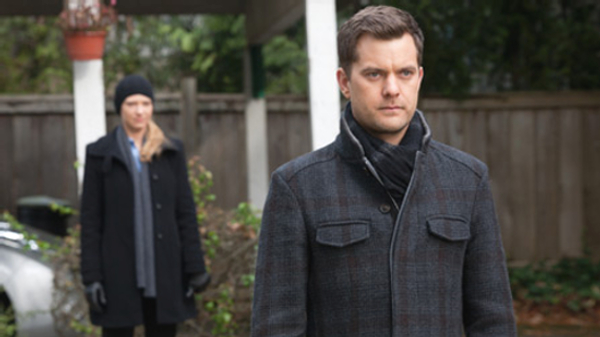 Just like the color and the list of themes on the opening credits have changed over the years, the show has evolved, with each season adding its own layer to the story and to the characters beyond the advertized subjects in the intro. Fringe became a highly serialized show very early on, and because of the new timeline, the fourth season has pushed that even further with its particular way of putting its stories together. The stories rely on previous seasons while at the same time pushing us in new directions, all that with characters that are not quite the same, but that are similar enough for the cross-timeline development to work. Although this might be confusing to many viewers, it is now done with so much skill that this season might end up being the one with the most value in repeated viewing.

It is worth going over how the show has evolved because of a couple of things that have happened during the episode and the fact that the story was written by the show designers Wyman and Pinkner. Their involvement sometimes (but not always) signals the intention to include elements that are important for what is to follow or simply elements necessary to understand what their larger story is all about.

At the end of season three, we realized Peter had been erased from existence. We understood it to mean he was gone and that history (of the one and only timeline) had been rewritten without him in it. The first episodes of season four seemed to confirm that with the need for September to get rid of Peter definitively and characters talking about a hole in their lives. But then Peter reappeared and the notion of timeline (as in one of several) was gradually developed, something that didn't sit well with many viewers as it implied the show was asking for an emotional investment into characters that weren't those we "really" cared for in the first place.

In this episode, alt-Astrid seemed to restore our initial understanding with her implacable logical statement to Walter ("In that case, wouldn't it be preferrable if you chose to believe he was your son, and then you could love him and be happy?"). Also, Olivia's change of heart, from her conversation with Fauxlivia as well as her now clear appreciation of the partnership with Peter, coming after her gradual but noticeable transformation since he has been around was palpable. It is safe to say that most viewers are now fond of the new characters and that it will only increase over the coming episodes, but if Olivia and Walter now get involved emotionally as well, there is only one obstacle to this timeline becoming the only timeline: Peter accepting that it is the case. This would be hard, not because of Walter, but because of Olivia, as he would not forgive himself for getting involved with the "wrong" Olivia for a second time. As if to confirm all these musings, it was interesting to see Fauxlivia vying (in her own way) for forgiveness for something we didn't really know, but it worked because of what we knew she did in the previous season.