Fringe – Nothing As It Seems

By: Narcissus | TV Reviews | April 1, 2012
"Nothing As It Seems" dealt with the fallout of Olivia's transformation, and it also revisited a case from the previous timeline — about a more tangible transformation — with many additional twists that made it much more interesting than it originally was. On a flight from Paris to the U.S., a man has a bleeding nose and rush to the lavatory to perform some sort of test with his saliva. The result is apparently alarming, leading him to cause a stir among the crew and passengers by requesting energetically to be sequestered and sedated.

The episode started exactly like season one's "The Transformation" and it wasn't until the man emerged from the airplane lavatory that the two stories diverged. The fact that the show was able to reuse the same footage for the first few minutes and build on the past to deliver a much more complete and far-reaching story is one of the reasons why this season of Fringe is becoming a personal favorite. After the third season hit a pinnacle of creativity, now because of their multiple layers, almost every episode of the current season feels like the product of the finest craftsmanship. 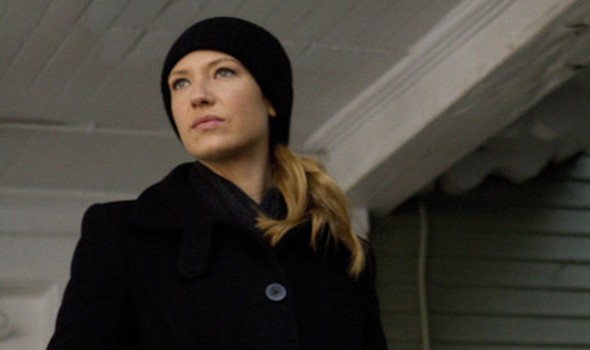 While in season one the transformation occurred on the plane and ultimately led to a crash, in "Nothing As It Seems" it happens after landing when the man is being interrogated by airport security. Olivia being benched after a psychological evaluation, Peter (still on the team) immediately sees the parallels and provides in just one sentence more details on the previous case than, it seems, the entire episode did three years ago.

What really stood out to me was how the case seemed to be an extension more than a retelling. Now, the porcupine-like creature had wings and the experiment could be linked to David Robert Jones during his time at Massive Dynamic. Getting into the mechanics of the transformation with the fat as power source and the drug as regulator made it credible and remarkably simple. The showrunners have revisited a typical monster-of-the-week story from the first season, adding additional details, fitting it into the larger narrative (with an attractive name: "Mutation by Design"), and arguably using it to mirror Olivia's transformation.

A figurative parallel to the transgenic transformation, Olivia's own metamorphosis into her "former self from a prior timeline, the one [she] shared with Peter Bishop" had direct consequences on her position as lead Fringe Division agent. Understandably, the "Bureau" had issues with an agent who now seemed to be only 60% of the one they licensed. Reusing the psychologist from the time Olivia was held captive on The Other Side was neat. The whole interview made me wonder what would be the security clearance of such a counselor. 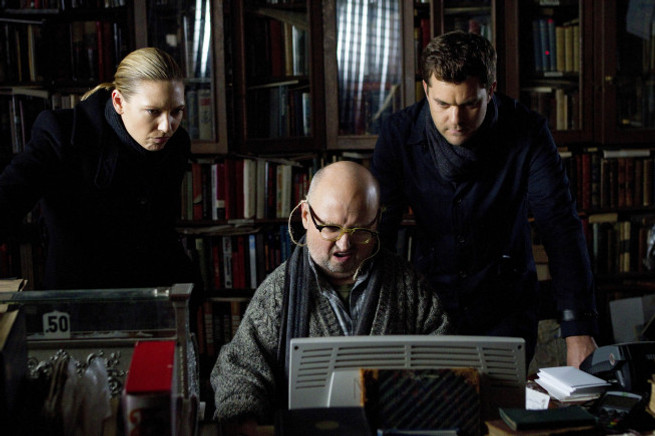 It was amusing to see how baffled the Bureau was with the situation, not having an appropriate "protocol" in its arsenal. More seriously, we learned (with Olivia) that in this timeline, her sister is still married and that Ella has a little brother. That information made the Fringe agent realize how complicated her life had just become. Initially, she only thought of her happiness with Peter and felt she could rebuild something with Nina Sharp despite the lost memory, but now, she has a whole family to deal with. It took a toll on her and helped the show explore the theme of identity. Who are we? Which part is gene code and which part is a sum of experiences? Should we say Olivia died? If we can arguably say Ella is her niece, can we confidently say Eli is her nephew? How will Olivia deal with her stepbrother who might possibly be a much nicer person in this timeline? Fringe has a way of dropping such questions and moving on with other things.

The episode gave a picture of Peter and Olivia that was in a way even better than what we saw in the third season finale. Everything that passed between them had the simplicity of a relationship involving people who have known each other for awhile, from her "You are thinking something" comment to their casual conversation with their old friend, the bookstore nerd. Walter offered his approval by commenting on how perfect they were together, and poor Lincoln was dispatched with only a couple of scenes. He gave his own blessing by admitting that Olivia wasn't who she used to be both directly (by saying it) and indirectly (by using that fact in the investigation). I like that the show has the decency to deal with its loose ends in a way that shows some respect for the viewers. Suspended at the beginning of the episode, it took less than ten minutes to Olivia to get back into the team unofficially and lead its investigation, hidden behind Lincoln's authority.

"Nothing As It Seems" was filled with many other things that made it enjoyable, things like Lincoln's fear of being infected and how Walter treated him. Things like Astrid's revealing smile when Peter and Walter hugged after the latter said "And I know you're not him ... my Peter, but you're as close as I'm gonna get." Ultimately, it was a good episode of Fringe not because of the case, but for how Olivia's transformation was dealt with and seemed to reverberate on everyone, including Walter, who won a son, and Broyles, who has a sharper appreciation of her contribution to his division.