Fringe – The End of All Things

"The End of All Things" might have been the end for September the observer, but it was certainly the beginning of many things as far as the fourth season story arc and to some extent the overall series narrative are concerned. It managed that by tackling long standing questions with some revelations that raised new questions. Heavily steeped in the series mythology, the story somewhat left its options open on the subject of timelines by pushing Peter after what, to me at least, felt like a red herring.

Abducted at the end of the previous episode, Olivia was at the center of the story designed to advance the overall narrative. Right at the beginning, she finds herself locked in a room with Nina Sharp who explains she has been held against her will for several weeks now. Enters David Robert Jones who would like to "activate" Olivia by forcing her to switch on a few lights simply with her mind: it would seem Mr. Jones, even across timelines, is predictable that way. While all this is happening, the Fringe division is holding another Nina Sharp captive, suspicious as they are that she is responsible for dosing Olivia with cortexiphan. They have nothing much to cling on until the wounded September appears in the lab. 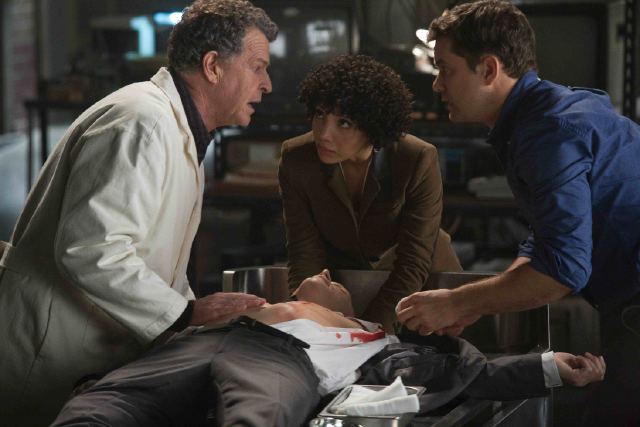 It felt as if the whole trip into September's mind had only one purpose: tell Peter he was in the right time, the right place, and had to find a way to make it work with Olivia, who is his Olivia. The coating was nonetheless interesting. We now know the observers are literally from the future, and a personal favorite was how the story used Henry, Peter's son in the previous timeline. Peter had a few seconds to marvel at being a father and face the harsh reality of losing a child. What's even better is how that child was used as one of the reasons why the timeline had to be rewritten.

Which brings me to a little issue I have had for while now with September's purported mistake and its consequences. If the woman Peter was destined to be with is Olivia Dunham and not Fauxlivia, how is it that September distracting Walter Bishop, the very event that allowed Peter and Olivia to be in the same universe, a mistake? It might have compromised Peter's survival, but it allowed him to fulfill his destiny by meeting the Olivia Dunham their "shared future was meant to spring from." Whether or not there is a little hole there, it was neat to close that chapter for the viewers and let Peter know he fathered a son. It allowed a story that started in a different timeline to move forward in this one. A technique repeatedly used this season and pushed to another level with what happened to Olivia in captivity.

From Walter's notes dating from the cortexiphan trials, David Robert Jones knew Olivia's ability would be "triggered by sparks of intense emotions." His rationale for abducting the Fringe agent was to activate her in a controlled environment by generating the sparks through torturing his fake Nina Sharp. However, he didn't take into account an unexpected twist, the fact that Olivia's memories from another timeline — he is still not even aware of — would bleed through time and affect her feelings for her adoptive mother, dampening the intensity of her fears for Nina, real or fake. This was extremely well laid out, just as the fact that we have already been through a similar "activation ritual" was integrated into the story and allowed it to move forward instead of feeling like a déjà vu. The fact that there was no waste of time as soon as Peter was threatened and that her actions were much more powerful than whatever we witnessed before further showed this was not just an activation. Having the memories of Olivia from the previous timeline, she is more powerful because what happened here was building on past events. 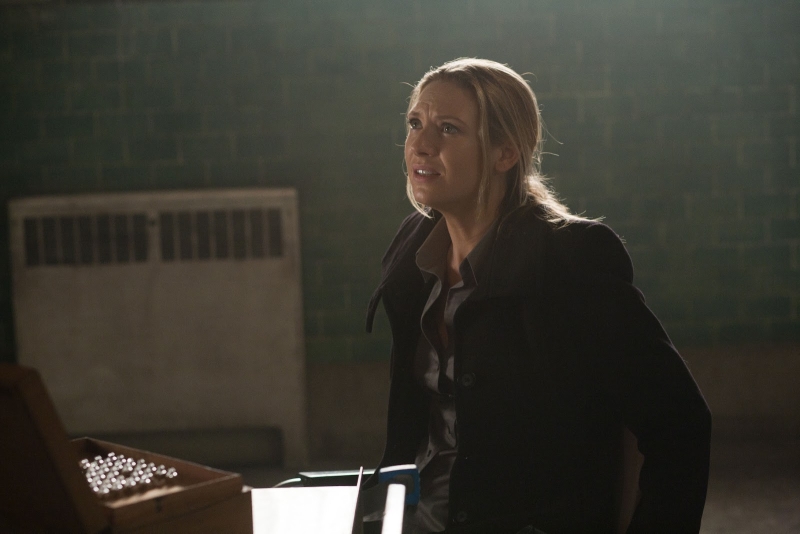 I wrote last week that Jones and whoever is in league with him would not expect what would happen, which was correct, but my premise was possibly wrong. I assumed that Olivia's new memories were triggered by cortexiphan, but as it is, there is no evidence that the drug had anything to do with it. For now, Jones has his activated Olivia and we might get to know what he is after, something his untimely death in the previous timeline prevented.

Another consequence of the events in "The End of All Things," on which we might not all agree, is that chances for Peter leaving this timeline for another are now slimmer than they were. As I wrote above, I believe everything the observer laid out in his conversation with Peter was to make him realize he is where he needs be to fix things. September's exact words were "She is the one. The Olivia Dunham from whom your shared future was meant to spring," and he added later "You must find a way." Peter took this to mean there was an Olivia in a different timeline with memories of him, memories of them, and that September wanted him to find a way back to her. It is safe to say Peter was gently nudged toward that conclusion by his past mistake (Fauxlivia) and Walter's disapproval of anything happening with Olivia from this timeline. His conclusion makes sense and incidentally creates the catalyst for events to come. Fringe is not a romance, but it has proven it can deliver the stuff of legends when it comes to love. It is doing it again here, much better than in the previous season/timeline by giving us a forbidden relationship, at the center of which we find another aching Olivia. I still think September spoke of a figurative death when he warned her in the opera house and I wouldn't be surprised if he were behind her new memories.