In my review of "Making Angels" last week, I found that the minds behind Fringe had shown clear signs of their intention to distance the story from the notion of multiple timelines. "Welcome to Westfield" confirmed that and went even further by apparently bringing more elements of the other timeline (beyond Peter) to this one.

Fringe rarely does true standalone episodes or episodes with a single storyline, which is why "Welcome to Westfield" was a story about merger in more ways than one. The merger of the two universes in a town called Westfield and the merger of timelines (of sorts) happening with Olivia.

The Fringe team goes to Vermont to investigate a strange power-loss incident that led to a plane crash. Everything is fine — as it can be under such fringe circumstances — until Walter's craving for a rhubarb pie takes Olivia, Peter, and himself to the heart of it all, Westfield, a town where the two universes have merged, trapping its residents (and visitors) in a place where the laws of physics are looking for a way to make sense, with unpredictable consequences. Back in season two, we were introduced to colliding universes, but like everything else being revisited this season, the concept was refined. We got into the mechanics of it with the energy source stolen by Mr. David Robert Jones down to the physiology of merged cells in the human body. 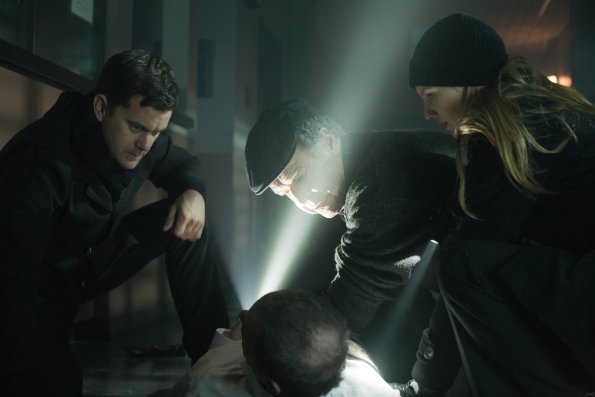 For a show on a shoestring budget, Fringe once again (after "Forced Perspective" impressive effects) pulled it off with the eerie scenes on the highway and on the town main road. The series' score has a particular way of enhancing emotions whenever things escalate, and it was very well used here again when the group of survivors was on the run. Also, the writing of the episode smoothly drove home concepts that seemed arcane at first. The Venn diagram showing the overlap between universes reinforced the notion of "closure" seen and felt when our heroes couldn't leave the town. Even better, introducing the memory lapses (not touched on in season two) was a smart way of showing to which point two bodies could really merge, and it also allowed the storyline to mirror what was happening to Olivia, who right from the start slid into what really made the episode shine.

Until now, the show had used Peter's dreams of his Olivia and of the relationship between them to keep him focused on his goal of returning to her, and I suspect also to appease viewers who felt robbed of a relationship. "Welcome to Westfield" opens with the most racy of those scenes to date which happens to be dreamed by Olivia of this timeline. Because the show's writers typically take pity on their viewers, she followed that later with a recollection of events belonging to the previous timeline, confirming what was afoot before the kiss in the episode closing scene — where writers acted mercilessly by stopping the proceedings right there.

Besides the elegance of the fact that the story she remembered (about a town called Edina) was structured exactly like this one, there is the fact that those memory recollections from another timeline came as this Olivia and this Walter are starting to be emotionally attached to Peter. It was ironic that Olivia, following Walter's decision to leave the lab, commented on his transformation, oblivious of her own. A transformation that is visible in her liveliness, and in particular in this episode, in her attitude around Peter and in her conversation with him. It was amusing to see how she unconsciously touched her hair and how she tried to glean a bit more about the Olivia who occupies his mind. 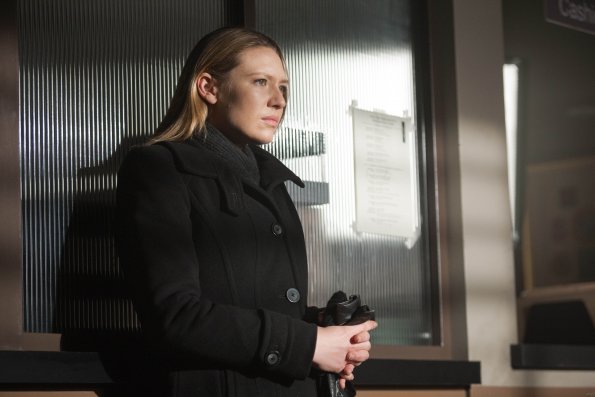 Anna Torv brought alive an awkward and endearingly confused Olivia, matched by the excellent portrayal of Peter Bishop this whole season by Joshua Jackson. The episode also featured first-rate humor from Walter, those "walterisms" that still hold their own after four years. The invitation to get the fateful rhubarb pie was excellent.

"Welcome to Westfield" was an episode that built on what was layed out in "Making Angels," moving forward with a clear sense of direction in its second storyline. With a much more assertive Peter and a more guarded Olivia, what is unfolding confirms the level of refinement of everything happening this season. Also, the threats to each of them separately, through Massive Dynamic (drugs) and the observers (erasure), and to both through the cross-universe collusion is now enhanced with a burgeoning relationship. A relationship now complicated (or maybe ultimately facilitated) by the fact that it is based in part on memories bleeding through time or possibly implanted by drugs.