By: Mitchel Broussard | Movie Reviews | June 19, 2014
There is a unique perspective in reviewing a movie that has pretty much dominated the Kid's Flick conversation since its release last November. There has been great family movies released so far this year (amazing ones, in fact), but for some reason Disney's Frozen is still as talked about as last winter, if not more. Maybe it is because we have all secretly been yearning for another Disney princess movie, or maybe it is the music, or the characters. We may never know for sure, but there is an unmistakable air of love surrounding Frozen. It deserves it, too, and there is no question that in twenty years a generation of kids will have their very own nostalgic longing for this one as we do for the likes of The Lion King and Aladdin: but there is also a bit of a hypocritical artifice to it. It wants to do something different and new with Disney Princesses, and does at times, but never fully commits to it. The result is a truly great Disney movie whose faults are more apparent than others of its ilk because of this yearning to be something more. 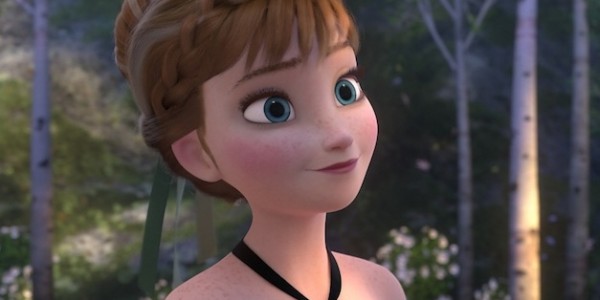 It all begins, like these things usually do, with a princess in a castle. Two, this time, actually. Anna (Kristen Bell) and Elsa (Idina Menzel) are sisters, heirs to the throne of Arendelle, and mischievous youngsters when the movie opens. Elsa, as it turns out, has the powers to manifest and manipulate ice. Anna's open knowledge and acceptance of this magic is immediately satisfying, which makes it all the more frustrating once Elsa unintentionally hurts Anna and kicks the plot of the movie into gear. Their parents whisk the kids away to a group of oddball trolls who soothe Anna's frozen head and remove all memories of her sister's powers. A few bouts of puberty later, the sisters are older, but not much wiser. Elsa apparently stays locked in one room for most of her life, determined to follow the trolls' advice of embracing love instead of fear, and appearing to do the complete opposite of that. And Anna has run of the castle, yet seemingly chooses to stay locked up for a couple years, patiently waiting for the day that she will get to see her sister, go outside, and find true love. Such plot holes pop up every now and again, but are dealt with in that adorable Disney fashion of a distracting song or some form of comedic relief (Anna in the first half; Olaf in the second). I don't know what I find more disturbing: the fact that so many moments like this happen over the course of the movie, or that the attempts to hide them actually work. Nevertheless, Anna is awkward and bubbly in that animated way that is immediately endearing, and Bell lends her a dramatic depth that few others could, but she also does not break any new animated ground that Tangled's Rapunzel didn't tread a few years ago. 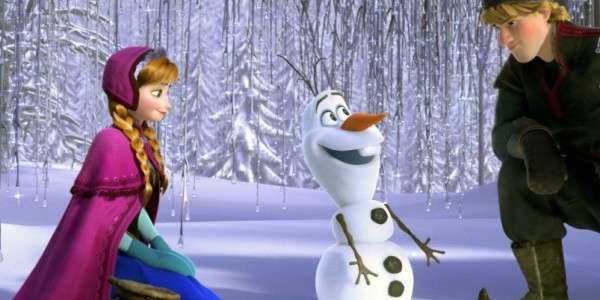 And, of course, a good chunk of plot is told with song. Anna's longing for a play-date with her sister and severe ennui post troll spell is delved deep into with "Do You Want To Build A Snowman?" The sisters unknowingly work together in "For The First Time In Forever", the opening gates at once exciting Anna and terrifying Elsa. The songs, written by husband and wife Robert Lopez and Kristen Anderson-Lopez, are infectious in their attempts to get your foot tapping. Anna's and Hans' (Santino Fontana) ballad of true love, sung all but fifteen minutes after their meet-cute, is endearing in its brevity and simplicity, probably meant to mimic the pairs' romance. The list grows in quality with those previously mentioned songs, to the troll's third-act love extravaganza "Fixer Upper", and builds to the one you probably know by heart. Menzel belting her lungs out whilst Doctor Manhattan-ing an unbelievable ice castle into existence on top of a mountain is probably my favorite cinematic experience last year. "Let It Go" is a great song, but the scene it is found in is absolutely breathtaking. But this is not a review of Frozen's seemingly ubiquitous track list, this is a review of Frozen as a whole. And once Anna's quest for her sister kicks off, the Disney of it all starts clicking into place. After Anna's first suitor is left back in Arendelle to watch over things, we are introduced to another strong-jawed Nordic fellow named Kristoff (Jonathan Groff) and his lovable reindeer Sven. He and Anna have crackling chemistry, but the reminder of her five-minute boyfriend back home constantly undercuts it. They stumble upon Olaf (Josh Gad), a talking snowman created by Elsa (the exact how of which is never mentioned) and he sings a song pondering what he will do once summer finally comes along. 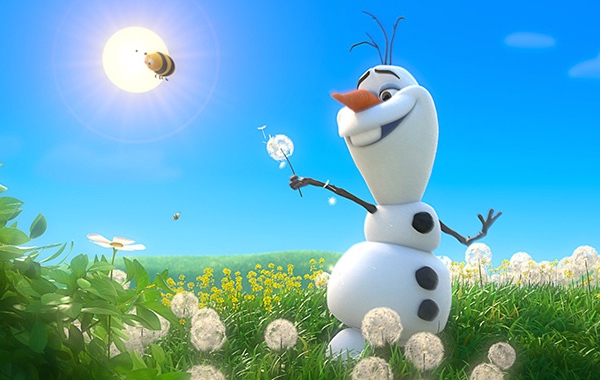 That is the thing about Frozen, it has a real knife's edge to it, but constantly feels the need to remind you to not cut yourself. Gad's "In Summer" is a hilariously dark song about mortality and the ignorance that comes with not knowing when your end might happen, but death as a whole is never a real fear here.  Anna's self-defining quest to save her sister is empowering, especially for a Disney Princess, but feels hampered down by the future-lover/pet-like steed/quirky sidekick combo that constantly reminds us we all know where this is going. Elsa's power-girl ballad feels like an acceptance of nonchalance and perhaps even villainy, but never is a crystal ball looked into or a cackling laugh had. Her anti-hero stance is interesting and undoubtedly the most layered and complex thing about the movie, but it also robs the proceedings of a scenery chewing classic Disney Villain. It is one of the deviations from formula that checks a box for trying something new out, but also causes a void to be left over because of it. If it ain't broke, don't fix it, some may argue. Well, can we at least get an animated Disney movie without the phrase "a true love's kiss" in it? 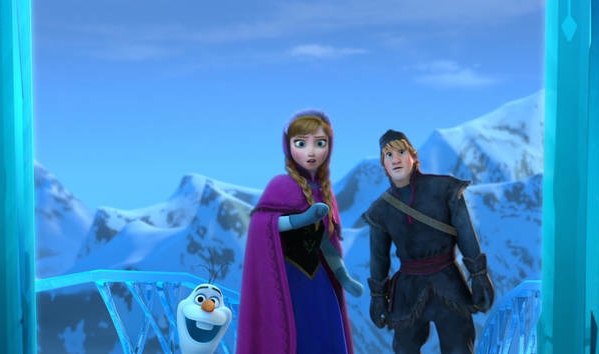 Frozen does have some last minute tricks up its sleeve, however. A third act twist feels shocking and fun in the moment, but a bit trite once you think about it too hard. It at once makes the movie feel very un-Disney in its suddenness, but then causes dominoes to fall towards the film's climax that perfectly lays the ground for typical happy endings all around. Another involves the most game-changing message Disney has produced, maybe ever. It may feel obvious in our modern era, but is an absolute marvel for an animated kid's movie, Disney or other. You want to congratulate directors Chris Buck and Jennifer Miller on daring to shape the new era of children's entertainment, but then immediately ask them why it was not pushed further. Then again, every great change starts slow. Frozen, despite its strict adherence to classic Disney tropes and character archetypes, definitely feels like the catalyst to this change. I can already name two movies off the top of my head that came out in the months following Frozen whose ultimate messages were quite different from the animated fare of, say, five years ago. It is a classic movie with a trojan horse message hidden inside that wants you to forget about the clichés it embraces and focus on its blazing of a new path. You may do just that (seems like most of the world has), but you may also find yourself unable to let the proverbial issues go.
Rating
8.0
Pros