‘G.I. Joe: Retaliation’ Gets Plenty of Recruits Over Easter Weekend 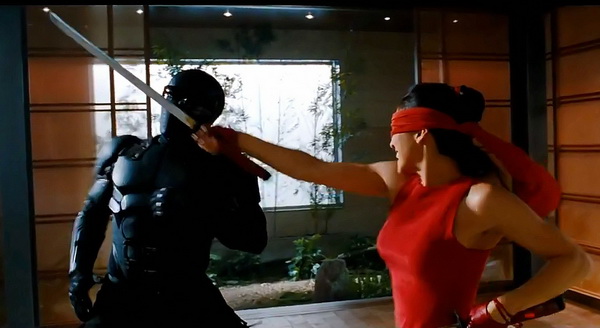 Launching to the second-highest Easter weekend debut ever, action sequel G.I. Joe: Retaliation rejuvenated an iffy franchise with overseas totals to back it up. The remaining openers meanwhile surprised and disappointed in turn.

With Thursday showings and a 3D boost, Paramount-Hasbro product G.I. Joe: Retaliation gunned its way to $51 million domestic and a huge $131.3 million worldwide, a gross which not only recoups the film’s budget but also represents the largest overseas opening of the year.

Even with a reduced budget, this sequel’s push from last summer was a gamble, but it paid off thanks in no small part to the presence of Dwayne Johnson, Bruce Willis and Channing Tatum and the marketing which proposed this to be the first blockbuster of the year. A third film had already been greenlit.

Holding up well without any new competition was DreamWorks’ The Croods which added $26.7 million for a strong two-week tally of $88.9 million and a substantial $227.5 million worldwide. Without any competition in the coming weeks, this will turn into a tidy hit.

Exceeding expectations in third was Tyler Perry’s Temptation which seduced $21.6 million out of audiences and in the process made the director the only filmmaker aside from Steven Spielberg and Robert Zemeckis to have 10 films open to more than $20 million. It’s an especially impressive gross given the absence of his bankable Madea character.

Piddly in sixth was Stephanie Meyer adaptation The Host which was unable to capitalize on the success of Twilight with a weekend of only $10.6 million. While certainly not as popular as the “adventures” of Bella Swan, this is a fairly disappointing result for a film that should have seen more crossover appeal.

Blistering in four theaters however was the Ryan Gosling-Bradley Cooper- starrer The Place Beyond the Pines which averaged a muscular $69,864 ahead of its expansion next weekend. Clearly the starpower or its leads and solid reviews are contributing well.

Next weekend should see a close number one battle between holdover “Joe” and newcomers Evil Dead which launches in 3,000 theaters and Jurassic Park 3D in 2,600. It’s really anyone’s guess which pays off more: lasting power, a known brand name or simple nostalgia.