No, this isn’t a joke or some bizarre late-in-the-game viral marketing gimmick: with just a little over a month left before release, Paramount has pushed G.I. Joe: Retaliation  nine months to March 29, 2013.

The juggling of release windows is as synonymous with the modern film industry as you can get – a game of box-office thrones if you will – but a push for a blockbuster this close to release (and after being backed by an extensive marketing strategy) is not only unheard of but pretty darn odd. 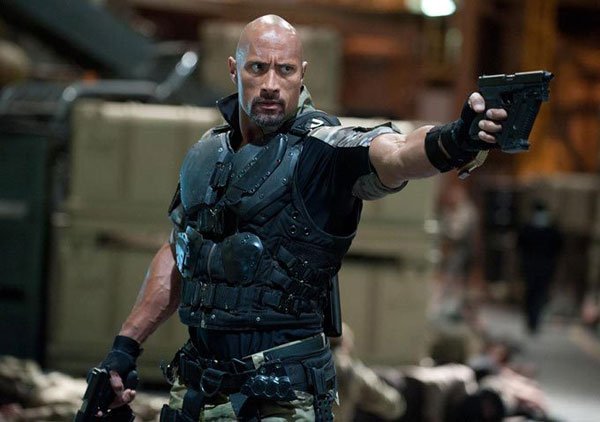 So what got into Paramount's head that would lead them to even fathom tweaking the sequel's release window? 3D of course! According to Deadline, this choice apparently stems from a consideration for the ever-important international box office where 3D is booming.

Paramount will “do a conscientious 3D job” says the studio, because “Jim Cameron did all of Titanic‘s 3D in post – and look how well that movie turned out.” Makes perfect sense.

Even with this follow-up coming off of a maligned, only moderately successful first outing, pushing “Joe” at the height of its (shockingly positive) hype will be a gamble that only time will reveal. The continued strength of The Avengers and a release date quite close to The Amazing Spider-Man is likely also a factor and likely thought a clearer release window would be a safer bet after the domestic failures of Dark Shadows and Battleship, which suffered in the eclipse of the mega-hit.

Although I was personally looking forward to this sequel (mainly due to a fresh look and the addition of Dwayne Johnson and Bruce Willis) my interest is due more to a fascination with studio motive than heartbreak of the delay.