RED, an action comedy based on a comic about retired agents returning to the field, emerged as a surprise success in 2010, pulling in almost $200 million globally and even receiving a Golden Globe nomination. It would seem, however, that director Robert Schwentke’s rising stock has led Summit Entertainment to snag someone else for the sequel.

The Hollywood Reporter relays that Dean Parisot is nearly set to direct RED 2. Parisot is perhaps most famous for the sci-fi comedy Galaxy Quest with Tim Allen and Sigourney Weaver. His last film was the 2005 remake of Fun with Dick and Jane, but he's kept himself steady directing television including episodes of Modern Family, Monk, the CBS drama The Good Wife, and the crime drama Justified. He's also attached to direct the fantasy adventure SEAL Team 7. 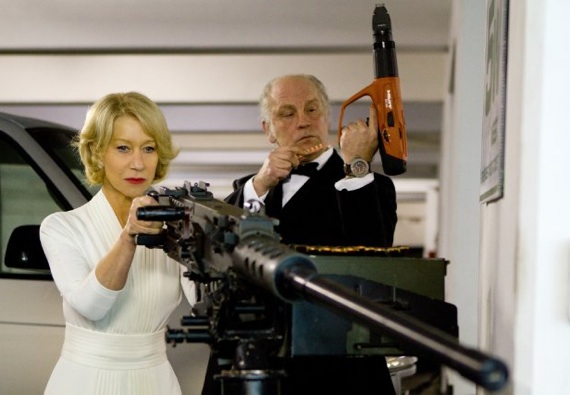 There’s no word on the cast just yet, but we’re expecting Bruce Willis, at the least, to reprise his role. Summit wants shooting to begin later this year after Willis finishes up the fifth "Died Hard" film. Jon and Erich Hoeber, who wrote the original film, have already completed the sequel's script.