Entertainment Fuse’s Game of the Year 2014

"We got some surprising picks for 2014's games of the year"
By: Jeffrey Dy | PC Features - PS3 Features - PS4 Features - Wii-U Features - Xbox 360 Features - Xbox One Features | December 28, 2014
We are at the last week of 2014 and already picked our most disappointing games of the year. While there have been some stinkers and certain games not living up to their initial hype, there are others that may surprise you as our favorite games of 2014. From a spinoff of a legendary franchise, an umbra witch’s return on an unexpected platform, arguably the best game based on a TV show and more, Entertainment Fuse’s choices for our games of the year are varied because of our different tastes.

Aaron Roberson: Legend of Grimrock 2
Legend of Grimrock 2 is defines the term "sequel." Most games that allegedly succeed previous entries into a series are mere shadows of their former predecessor or only shares a title and little else. However, LoG2 took the formula that worked in Legend of Grimrock, polished it, refined multiple aspects of it, and built upon the sturdy foundation of an already great indie game. New classes, new enemies, new enemy combat maneuvers, weapons with special attacks, new mechanics, and more awaits you in this game.
If you have not already purchased this game, first get Legend of Grimrock, and upon finishing that purchase quickly buy a true sequel that will have fans demanding for yet another addition to the series. Evvy Kube: Secrets of Raetikon
I suddenly realized that I spent most of 2014 playing old games, however I did manage to squeeze in a few released this year. I was reluctant to pick a game that had been remastered, otherwise my choice would have been different. It was a tough choice but my mind kept drifting back to Secrets of Raetikon. You play as a bird that is quite literally dropped into a beautiful 2D world that slowly comes alive as you play. Mastering the controls takes some patience but you are reward with the freedom of swooping, gliding and exploring every nook and cranny. The game refuses to provide guidance beyond the most basic instructions on controls so you must figure it out for yourself.
You are tasked with activating altars, collecting the glowing relic that's released to power a ancient device in hopes of discovering the world's secrets. But, don't be fooled by the peaceful world and friendly colors for underneath lies sinister hints of violence. It may seem empty at first but the more relics discovered the more the world comes alive and often it comes after your helpless, sneaker wearing bird. Did I mention the game comes with a full level editor so players can customize the game as they please?

Edward Oliveira: Hyrule Warriors
I’m currently 130 hours into a Zelda spinoff and believe it or not, I’ve arguably put more hours in Hyrule Warriors than any of the main Zelda games. I’ve dropped Bayonetta 2, Super Smash Bros. for both 3DS & Wii U to continue playing this. It’s wildly addicting and finally gives a Warriors game the production value to become a better product with its great animations, faster gameplay and unique POV into the Zelda universe.
Granted it’s not the most complex game in the world and it’s repetitive, but it’s built to always leave the player wanting more, especially the Adventure Mode, which it the biggest part of the game (and gets MUCH bigger in the Season Pass). I’ve had several nights where I just tell myself “one more mission” until its around 4-5am and I have to get up in a few hours. I haven’t felt this in quite a while with a game and it’s been rewarding in every step. 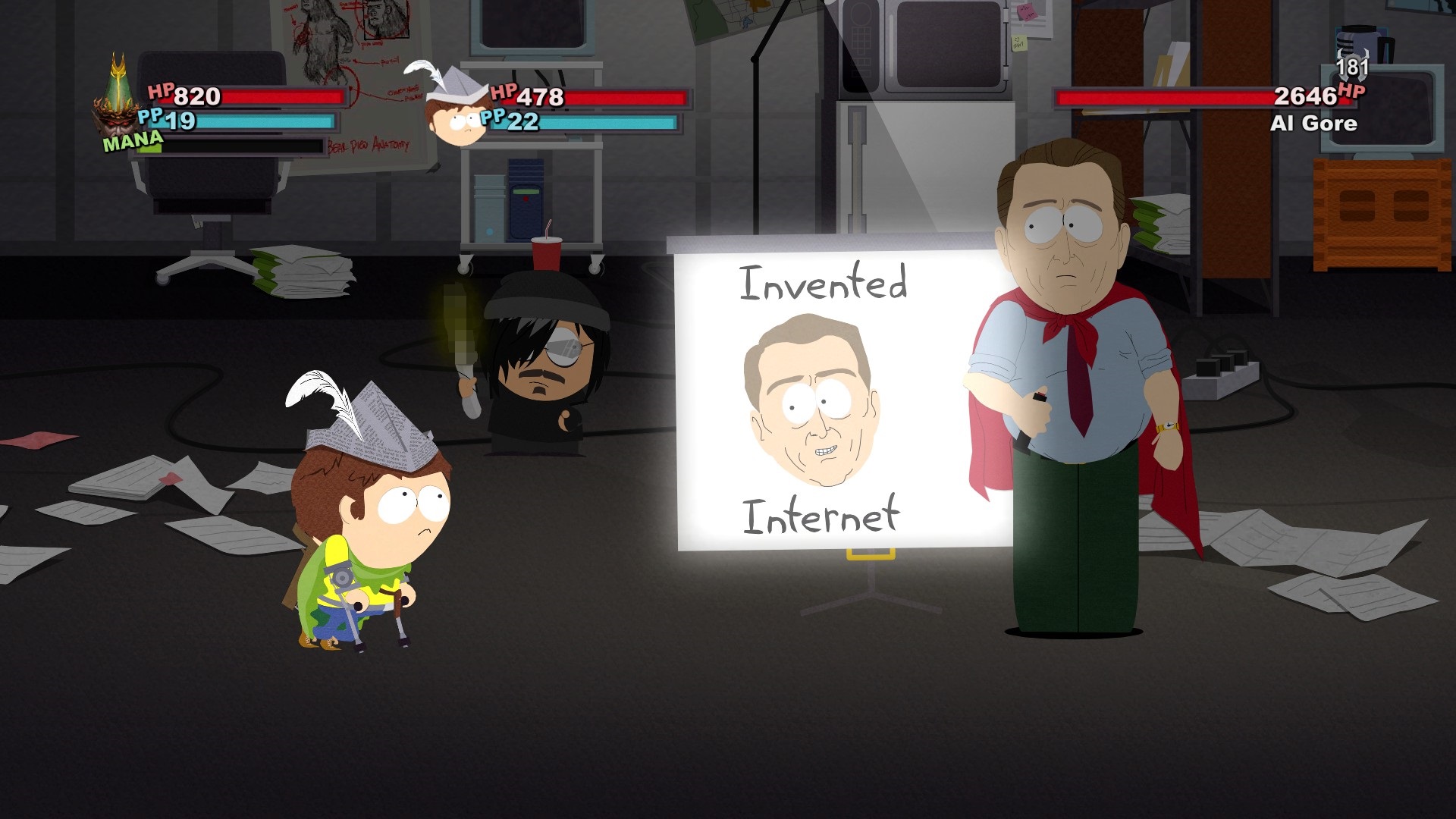 Matt Rowles: South Park: The Stick of Truth
In so many ways, South Park: The Stick of Truth is a dream come true. Growing up with the show since I was a young teen, seeing the movie come out and be hilarious, playing the early games and enjoying them despite their faults, occasionally falling out of touch with the show for brief periods before an episode gets me hooked once again, I could never have imagined playing a game like this. Obviously due to Trey and Matt’s heavy involvement it’s just the most loyal and I think best use of a license ever in gaming. To laugh at a game consistently over it’s entire duration is completely unheard of and the fan service is unrivaled.
The overall look of the game is just perfect as it is identical to the show and being able to see where everything in the town is situated for the first time makes a hardcore fan like myself just happy to walk around and see everything. Then there’s the amount of incredible settings and situations that happen in the game, that clearly took so much work to make that you only see once in service of a joke shows such an amazing level of dedication from the developer. One sequence in particular might be one of my favorite things I’ve ever experienced in a videogame. I feel so privileged to have grown up with the show and experienced this game after all these years; as games that carry so many personal feelings don’t come along very often. 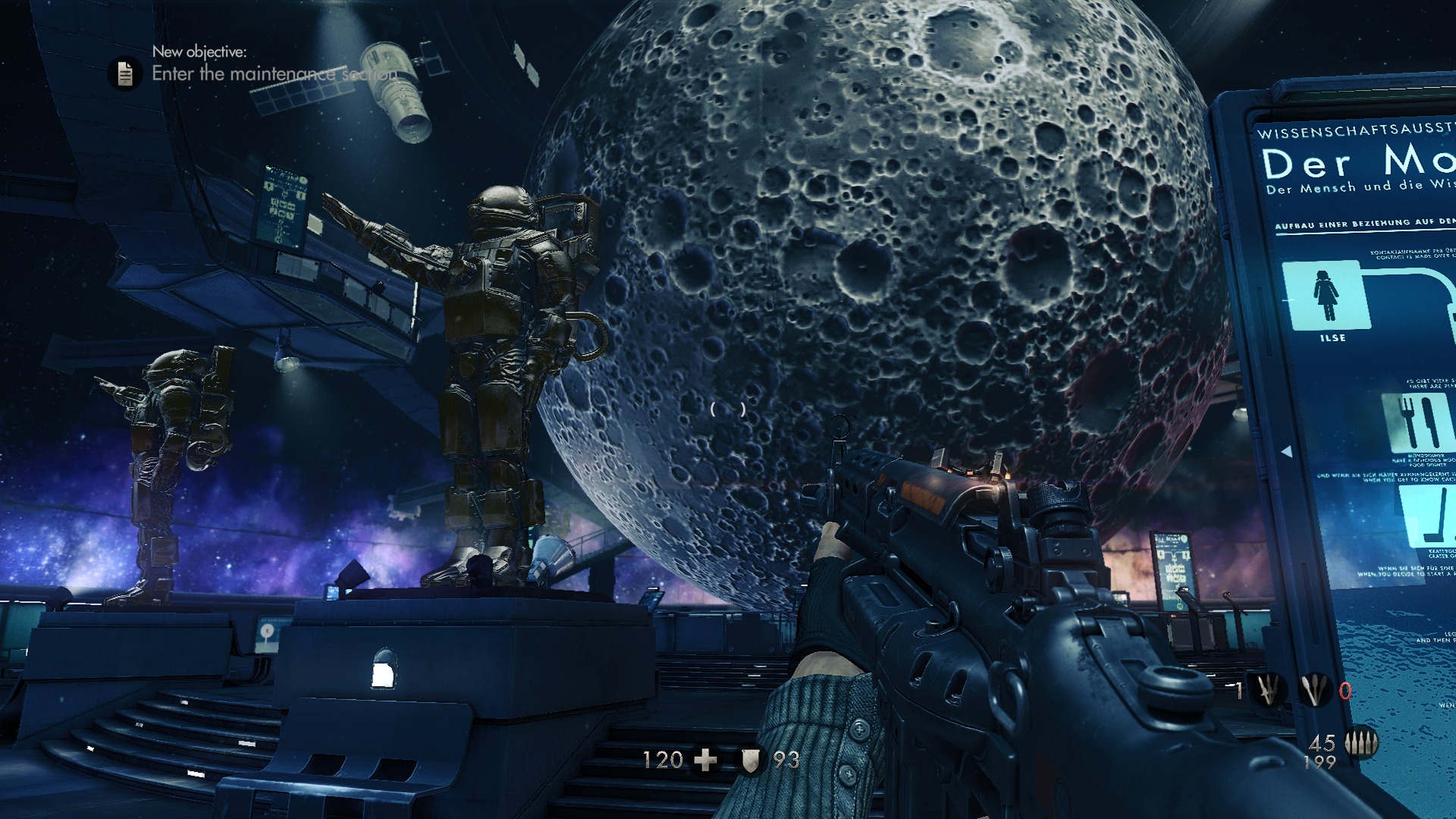 Zack Zwiezen: Wolfenstein: The New Order
I didn’t expect a new Wolfenstein game to be my game of the year. When they first announced the game I wasn’t that excited. I didn’t love the last one and wondered if the world needed another Wolfenstein. I’m so glad I was wrong. Wolfenstein: The New Order is an amazing game and one of the best shooters I have played in a long time.
The game looked incredible and ran great. It focused on single player and didn’t include online co-op or some weird tablet app. It was just a pure, focused shooter. The actual shooting and gameplay felt like a perfect mix between fast, responsive controls and heavy, hefty feeling movement. Guns felt loud and dangerous and shooting enemies was always satisfying regardless if you were using an assault rifle or two shotguns or even a knife.
The biggest surprise is that MachineGames made a game that has a well told story. A story filled with fantastic writing and great acting. I actually cared about the characters and the world, something many games fail at accomplishing. Wolfenstein: The New Order is my game of the year and one of the best games I have played in a long time.

Euan Dewar: Dragon Age: Inquisition
Many BioWare games follow the same general blueprint: you are a normal person suddenly imbued with great power who must gather the forces of the land/universe in order to defeat some sort of encroaching evil. Dragon Age: Inquisition carries no pretensions about trying to deviate from this formula, rather it seeks to deliver it on a grander scale than any of it's predecessors.
All of the things that made previously made Dragon Age stand out including the charming cast of characters, the deep lore and the intense tactical combat is all here but now combined with a staggering breadth of content more akin to that of the Elder Scrolls series.
Simply completing the main story is an epic task in of itself, taking you on all sorts of adventures over the course of a lengthy and winding narrative. But if you're the type of person who likes to be able to get stuck into your RPGs and get lost uncovering all sorts of nooks and crannies to the side of that story then Inquisition has got you covered. Above all though, it's just simply one of the most engaging and breathtakingly-sized experiences to come along in years.

Jeffrey Dy: Bayonetta 2
There are only a handful of game developers these days that make “real honest” video games. Platinum Games is one of them as time and time again they prove that they are arguably the best developers from Japan. Bayonetta 2 was my most anticipated game of 2014 and boy did it live up to the wait and hype. Hideki Kamiya was under a supervisor role in this sequel published by Nintendo, but the necessary improvements and gameplay changes were for the better. Even on the Wii U as some would say is the more family friendly console of the current generation, Bayonetta 2 is still as challenging as it was back in the original, which I also played for the first time on Wii U. Nintendo let Platinum do their thing and the result is a love letter to not only the character action genre, but also hardcore gaming in general.
From the Easter eggs by the Nintendo costumes, numerous references to past games and the most memorable boss fights of the genre since Devil May Cry 3, Bayonetta 2 was cranked up to eleven all the way through. It is also one of those rare games personally for me that I want to start a new playthrough on a harder difficulty and also uncover every Easter egg. It is crazy that I played my Xbox One the most out of my consoles this year, the Wii U was the one with the better games. Bayonetta 2 is indeed the killer app the Wii U has been waiting for ever since it’s launch two years ago and it did get Entertainment Fuse's only 10/10 in 2014.