"The North Remembers" is a misnomer. The second season premiere of HBO's Game of Thrones was not so much about the North or Northerners as it was about the realization that the kingdom—more than that—the entire world of Westeros was whirling toward an internal strife, toward "A Clash of Kings."

By the previous season finale, the story had made major strides toward sowing the seeds of discord with events like the murder of the previous hand of the king, Jon Arryn, the death of King Robert Baratheon, the killing of the warden of the North, Lord Eddard "Ned" Stark, and the rise of the ambitious Khaleesi, Daenerys Targaryen. Except for the latter, arguably everything happened with the direct or indirect involvement of Robert's wife, Queen Cersei Lannister. 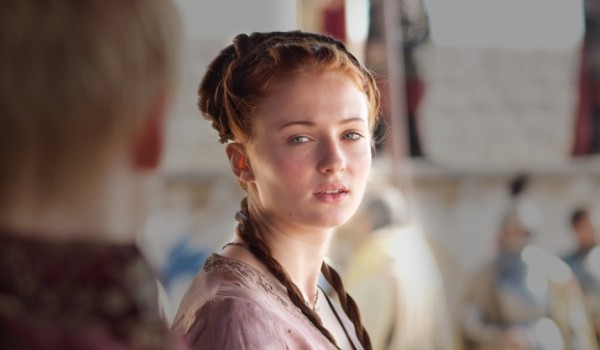 Soon after "The North Remembers" begins, we realize that Eddard Stark shared with Stannis Baratheon, the oldest of King Robert's brothers, the information on the truth about the king's "legitimate" children—information that led to Ned Stark's own arrest and subsequent killing. Realizing what it means for the succession to the throne, Stannis readies himself for battle as his younger brother Renly (apparently unaware of Stannis's rightful claim) had already decided to seize power for himself. With this family strife, the kingdom that was already shaken by battles between the newly elected king of the North, Robb Stark, and the Lannisters is ripe for the clash of kings, with each of the major houses above (Arryn, Baratheon, Stark, Lannister, and Targaryen) either preparing for battle (Arryn) or vying for the Iron Throne (the rest). We cannot speak of a clash if there is no sense of power, which is why the story took time to establish that reality for each of its ambitious characters eyeing the seat at King's Landing.

The last time we saw Joffrey, the new king (by virtue of his situation at King's Landing) was trying to show some misguided authority, but was still very much under the influence of his mother Cersei, the queen. The episode starts with Joffrey presiding over some gladiator-like fights, being as heartless as ever. He is about to get one of the combatants killed for being late when Sansa Stark, his betrothed, convinces him to spare the man's life. Sansa's quickness of mind (compared to his) is obvious in this scene, but by the end of the episode, his pride and "strength" show when he threatens his own mother for having slapped him. At this point, Cersei knows she has crossed a line with the boy-king she thought she would keep under her control.

We also realize that Robb Stark has also grown into his role as King of the North. The teenager who was mourning the loss of his father surprises his mother Lady Catelyn Stark with his wisdom. Just like for her, the endgame for him is getting the Stark family back together, but unlike her, he is able to step back and see the bigger picture, proving his worth to a mother who realizes the Starks have really found a new leader. The same strength transpires during his conversation with their captive, Jaime Lannister, who drops his mockery when confronted with the dire wolf Robb has under his control.

The newcomer, Stannis Baratheon, also brought the power of his advisor to the table. Melisandre did more than holding her own, seeming versed in magic (or healing lore) and appearing as the brain, while her rough and proud lord seemed to think everyone was beneath him.

When it comes to strength, none mentioned above are a match to Daenerys Targaryen. While we could argue about Robb's transformation, hers was flawless. Over the course of the first season, we saw her embrace her destiny and become a "dragon" well before bringing the real ones into the world. Here again, she led her Dothrakis with an authority and conviction that had them (and us) subdued. 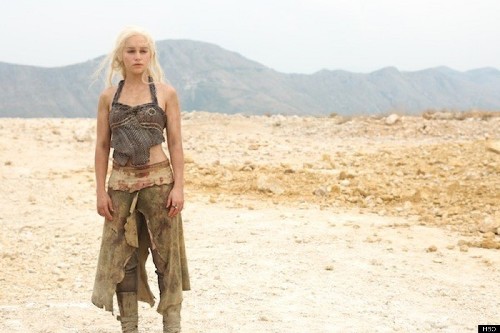 "The North Remembers" laid out the above competently, relying as much as it could on characters we already know. Characters like Tyrion and Cersei Lannister, Daenerys, and Lady Stark emphasized the differences between the brands of power at play. For Cersei, "power is power," while Tyrion clearly still has a softer edge, and Lady Stark only wants her family, finding that "there's a king in every corner now." The irony being that her sentence applied to her son as well.

Game of Thrones has a myriad of characters and almost as many subplots developing, but favorites still emerge. Daenerys losing Khal Drogo's gift and trying to protect her baby dragons, as well as her people (now in awe), was well done, and was only outmatched by Jon Snow's trip beyond the Wall. The whole cast is impressive, including the wolves, but I found Emilia Clarke (Daenerys) and Kit Harington (Jon Snow) slightly above the fray. Jon had a hard time keeping his cool around the man marrying his own daughters, and the lord commander's anger after, besides proving he is grooming Jon, showed his concern for his steward, something that was touching under the rough display.

The return of Game of Thrones was at the scale of the epic story, which is still its only major flaw as a TV series. Using the comet, the story segued smoothly from Bran's newfound wildling friend to the Dothraki plain in a way that was uncommon and turned out to be an exception during the hour. Because of the sheer volume of information that should be passed on, the episode often lacked a certain "unity," and occasionally had scenes (at King's Landing) too long for what they were worth, but it was still a strong return for the series.