Game of Thrones delivered its finest hour of season three with Sunday night’s “And Now His Watch is Ended.” The episode saw a mutiny within the Night’s Watch, the roasting of Astapor, and the beginning stages of several plans that will hopefully continue to play out throughout the season. Moreover, we were able to spend time with nearly the show's entire vast array of characters, which in itself is quite a feat.

The episode begins with the continuing degradation of Jaime Lannister, as the Kingslayer - now without his sword hand - is left at the mercy of his captors. This Jaime is a far cry from the cocky and privileged man we met in the show’s pilot (a stand-up guy who thought nothing of shoving a boy out of a window). However, despite all his past misdeeds, the transformation of Jaime into a sympathetic, dare I say likeable, character has been nothing short of extraordinary.

While a large portion of this transformation comes directly from George R.R. Martin’s novels,* a great deal of credit must be given to Nikolaj Coster-Waldau, who has been truly fantastic throughout this season. In addition, this transformation would not have worked nearly as well if Coster-Waldau did not have an equally strong scene partner in the form of Gwendoline Christie, who was in particularly fine form this week during Brienne’s “man up” pep talk to a despondent and sulking Jaime. These two have been a joy to watch, balancing both the light banter of past episodes as well as the heavy lifting required in the aftermath of the attempted rape of Brienne and the “behanding” of Jaime.

*Full Disclosure: I have read all five Song of Ice and Fire novels. However, these reviews will not touch on potential future plot points found within the novels and will only deal with the story as presented within the television show. Occasionally, the novels will be mentioned, but never to spoil anything. 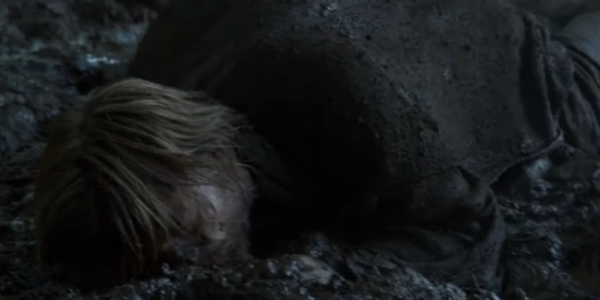 Continuing our journey around Westeros, we come to another of the episode’s stand out performances. After appearing briefly in last week’s Small Counsel musical chairs, Varys, everyone’s favorite eunuch, is back and scheming up a storm. Varys manages to interact with quite a few of King’s Landing’s citizens throughout the hour, discussing Podrick’s sexual prowess and Littlefinger’s possible desire to spirit Sansa away from the capital with Ros, and talking to Olenna about setting a plan in motion to protect Sansa (and potentially set up Loras Tyrell to take over as Lord of Winterfell should Robb Stark fall). However, it was his conversation with Tyrion that was perhaps the most telling, not only with regard to Varys’ own motivations, but also as perhaps outlining how one might ultimately win the game of thrones.

Varys, portrayed by the sublime Conleth Hill, offers a lesson to Tyrion in the art of patience. Finally explaining how he came to be a eunuch, Varys tells the tale of his sale to a sorcerer who offered up Varys’s bits to his god, threw Varys into the street, and left him for dead. But this event didn’t break him. No, it gave him a purpose, and he waited years, building up his power and influence, until he could extract his revenge. And as it turns out, the day of reckoning has arrived and Varys is now in possession of the sorcerer.

Varys’s speech, extolling the virtues of patience, no doubt hit home with Tyrion and it serves as a mirror for many of the show’s characters. After all, we have Dany, who is patiently waiting for her dragons to grow before attacking Westeros; Jon Snow, who is patiently (well, most of the time) biding his time with the Wildlings; and the Tyrells, who are patiently putting their pieces into place to take over both King’s Landing and Winterfell. Patience is a virtue in Westeros, and so far those who have acted rashly (I’m looking at you, Ned Stark) have suffered for it. It is quiet moments like this speech that make Game of Thrones into the compelling fantasy drama that it is. 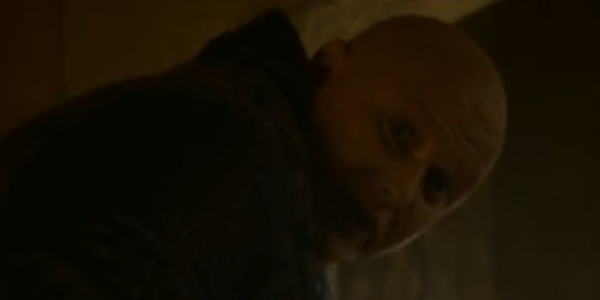 However, Game of Thrones also thrives on spectacle and death, and this episode served up plenty of that at the hands of Dany and her dragons. After three weeks of Dany making seemingly ill-advised decisions, pay-off arrived in a truly spectacular way. It turns out that not only did she understand everything the head slaver was saying, but that Dany wasn’t actually going to give up one of her dragons. Underestimating Dany proves once again to be a deadly mistake, and the slaver (and the rest of Astapor) paid dearly, as the Unsullied killed all slavers who were not already fried by the dragons. This scene once again proved how wonderful an actress Emilia Clarke can be when she is actually given something to do.

The episode’s final acting all-star was found in an unlikely place, as Theon was actually somewhat sympathetic for possibly the first time in the entire series. While he is back to where he started the season (trapped in a torture chamber), Theon began the episode by finally admitting that his actions throughout season two were not misguided attempts to win his father’s favor, but born out of a desire truly be a Stark. Alfie Allen, who has spent the last two seasons engaging in “sexposition” and whining, was finally given a chance to shine with his speech to his savior/enemy, who is known only as “Boy” (although I suspect fans of the novels have put two and two together and figured the mystery out). While it remains to be seen if Theon will be able to undergo a change similar to Jaime, I certainly hope we are given more opportunities to see Allen tackle emotional scenes in the future.

With regard to other storylines, the Tyrells have officially begun to play the game of thrones in earnest, with Margaery Tyrell winning over both Joffrey and Sansa*, while Cersei can’t control Joffrey, and Tywin offered her a good piece of advice: “You aren’t as smart as you think you are." There was a mutiny in the Night’s Watch that saw both Crastor and the Lord Commander killed, Sam finally got to do something as he and Gilly escaped with her son, the Hound is set to fight the newly introduced head of the Brothers Without Banners Beric Dondarrion to the death, and Bran is still having dreams (and he’s still about a foot taller than he was last season; I’m crossing my fingers Isaac Hempstead-Wright doesn’t age too quickly and have to be recast).

*While I am certainly enjoying Natalie Dormer’s portrayal of Margaery, it’s pretty jarring to see her next to the noticeably much younger Jack Gleeson (Joffrey) and Sophie Turner (Sansa), which begs the question of just how old this version of Margaery is supposed to be.

While the season’s first two episodes served as a means of reintroducing characters and setting the chess pieces in their necessary places on the board, these last two have begun moving the characters and storylines slowly but surely toward an endgame. Some characters, namely Bran, Robb, and Catelyn, are still stuck in first gear, but the huge steps forward taken in “And Now His Watch is Ended,” certainly hint at some intriguing possibilities as the show approaches its season midway point.