Game of Thrones – A Knight of the Seven Kingdoms Review

Well, that was quite a bit of fan service (even after last week’s fan service-filled premiere) to get us to the start of The Battle of Winterfell. And, honestly, I really didn’t mind. During my seven season rewatch leading up to season eight, my major takeaway was how wonderful the quiet moments of the show were. Yes, battles were epics, and some of the smaller fights were spectacular, but what makes Game of Thrones a show that so many love is its characters. And getting to spend one final hour with all them (save the King’s Landing crew, but I’m sure we’ll get some quality Qyburn time in episode four) is something we’ll all look back on fondly once the cast gets decimated next Sunday.

Yes, there’s still a lot of story to get through once the big battle is complete, and we did get a touch of the political maneuvering to come with two very important conversations this week. First up, the chat between Sansa and Dany was a masterful game of cat vs. cat. Both women played it perfectly (kudos to Emilia Clarke for showing just how outmatched Dany can be when she is up against someone who plays the game of thrones better than her). On the other side, Sophie Turner played Sansa’s had beautifully. She lured Dany in, making her believe her use of Jon as the reason for Dany’s arrival in the North worked to sway her, and then pounced. 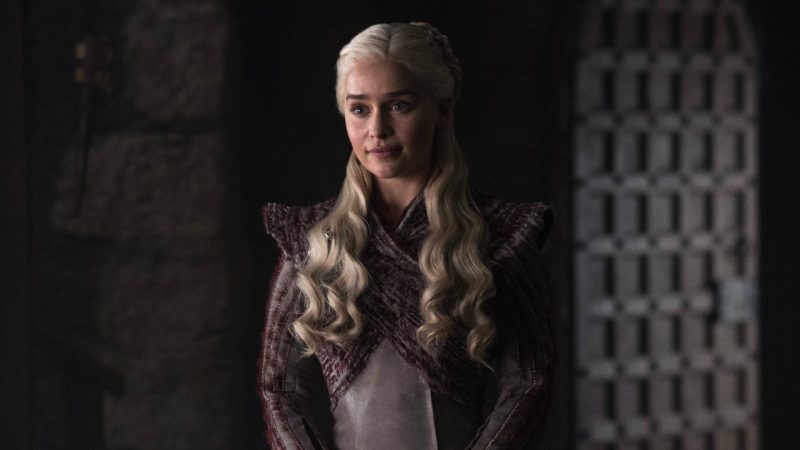 We’ve seen Dany go up against two formidable women so far, and she naively believed Cersei to her detriment, and she foolishly believed she could talk Sansa into falling in line. Dany isn’t built to play politics in Westeros. She’s built as a warrior queen who gets what she wants by force once diplomacy has failed. I’m having a harder and harder time believing we won’t see another Mad Targaryen on the throne before the end of the season.

And that belief was only intensified with her (understandable) reaction to Jon’s paternity reveal. Dany has been conditioned to believe that she deserves to sit on the Iron Throne since the death of Viserys back in season one (and she’s been conditioned to believe in the Targaryen right to the throne for her entire life). For someone who has a penchant for burning those who get in her way, having someone with a legitimate claim to the throne who also may possess one of her dragons presents Dany was a major road block, once the army of the dead are dispatched.

Naturally, both Dany’s conversations with Sansa and Jon ended before they could reach a satisfying conclusion. We know Jon doesn’t want the throne (at least he doesn’t want it so long as he thinks Dany will be a fair and just queen), and we also know that Dany isn’t about to let the North be free from her rule (her deal with Yara was that the Iron Islands could govern themselves, so long as they swore loyalty to the crown- Sansa didn’t appear to be offering a similar deal). Should these three be alive at the end of next week (and I cannot imagine they wouldn’t be), there’s a lot to hash out before taking on Cersei. 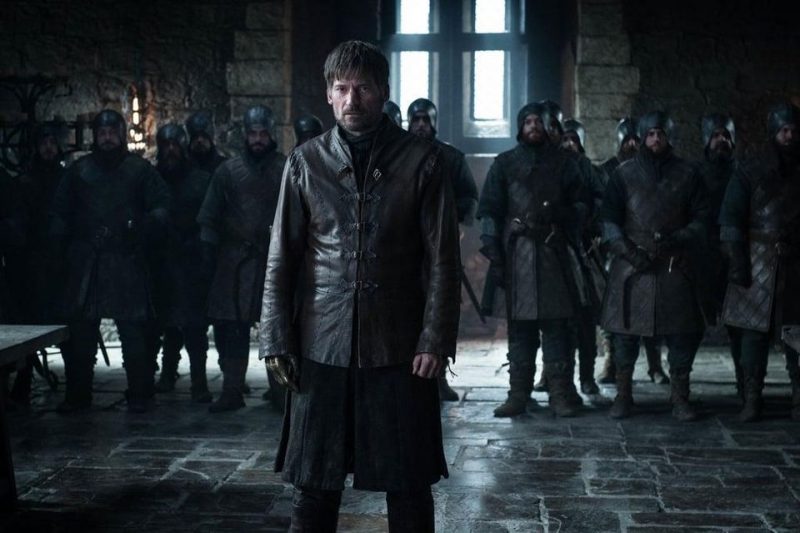 Outside of those very important conversations, the rest of the episode was pure fan service. I’ve gone on record as being a fan of Brienne, and what an episode for her. The clearest representation of pure knightly honor in the series, Brienne used her reputation to save Jaime, and was rewarded with one of the most touching scenes in the series: receiving the knighthood she’s always dreamed of having. And, boy, those moments between Jaime and Brienne throughout the episode were pretty incredible. Jaime getting Brienne to recognize that she was the reason he left Cersei by repeating her “fuck loyalty” line from the Dragon Pit last season. Brienne putting her own reputation on the line to save Jaime’s life by telling the tale of how he really lost his hand. Masterful use of the shared history we have with these characters to make us see that in all the backstabbing and suffering that has happened these past seven seasons, there was some good.

Do they love each other? Absolutely. Is it romantic or platonic? At this point, it doesn’t matter. With the amount of screen time dedicated to giving them incredible moments, I can’t help but be worried that one (or both) might not make it through the battle. Will Jaime complete his hero’s journey by dying to save Brienne (and thus fulfill his own statement of dying in the arms of the woman he loves)? Or will Brienne die a senseless death that could have been prevented if Cersei had simply sent her men North to help (which might give Jaime cause for killing his twin down the line)? 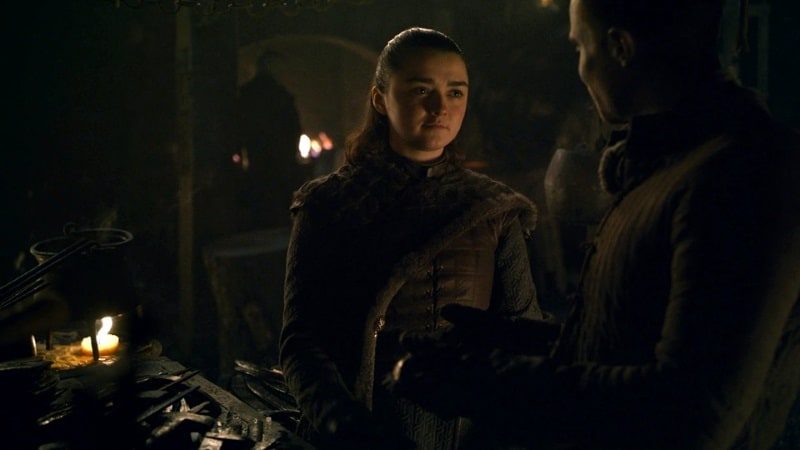 Also getting one final moment together were Arya and Gendry, satisfying many a shiper, I’m sure. It was nice to see Gendry realize just how badass Arya has become in the years since they last met (the suggestion that she hang out in the crypts was adorable, and Arya treated it as such). Arya really isn’t the same girl from back then (as she proved to the Hound in another amazing conversation), and she’s certainly not a Lady. I cannot wait to see that spear in action next week. That being said, Arya’s pretty damn cocky for someone who has never fought in a battle before. Sure, she’s deadly in one-on-one combat, but how is she against a horde of dead men? We’ll find out.

Speaking of the battle to come, it’s reassuring that Jorah will have Heartsbane for the fight (even though it will be a miracle for him to make it out alive – that chat with Dany was a “one last talk with the woman I love before I die” conversation if ever I saw one). It’s less reassuring that Theon and the Ironborn will be guarding the most important thing in Winterfell: Bran the Three-Eyed Raven. Although, in the realm of fitting deaths, Theon dying protecting the boy he once claimed he murdered is fitting. A final showdown between Jon and the Night King in front of the weirwood tree would be a pretty stellar scene. I can’t wait to see how next week shakes out. 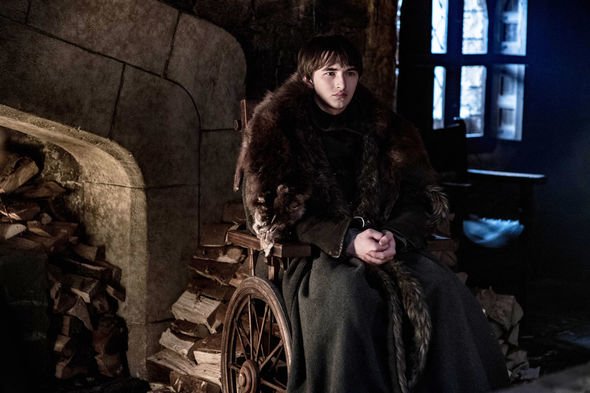 — We also FINALLY got a conversation between Jorah and Lyanna, and boy, she did not pull any punches.

— At the start of the Dany and Sansa conversation, I half expected Dany to offer the position of Hand to her. After all, she’s proven herself to be a better judge of Lannisters than Tyrion (who really looked bad this week – trusting Cersei is not a good look).

— Oh Tormund. He still has no game when it comes to Brienne. Bonus points to him for saying “fuck tradition” and proposing she get knighted, though. That was a baller move on his part. Even if it only reinforced how much Brienne and Jaime care for each other.

— Honestly, I could have just watched an entire episode that was only that gang in the Winterfell hall chatting around the fire. What a collection of disparate characters who have all become fan favorites over the years. And one of them started the show by shoving a boy out a window. Amazing how things change.

— Ghost sighting!! Ghost is going to fight next week!!

— It took eight seasons, but we finally got a decent explanation as to why the Night King wants to kill Bran: the Three-Eyed Raven is the holder of all history. Should he fall, the history of men will be lost and darkness will fall. Still not sure if that means all men (including those not in Westeros), or if that just impacts Westeros. But, it’s nice to finally know what we’re actually fighting for.

— Finally, with the number of times someone mentioned that it will be safe in the crypts, I can’t help but assume something horrific will happen in the crypts. Perhaps putting those who need protection in a place with a lot of dead bodies when there’s an enemy who can raise the dead isn’t the greatest idea . . .