"Your not fit to be king... it is my turn now... or just give me your eyes"
By: Russ Matthews | Movie Reviews | February 26, 2016
Do you remember your Egyptian folklore from high school ancient history? There was a time where these gods may have been taken very seriously, but not this time.
The gods are at war. Brother against brother, father against son and the gods against humanity. Their fight is over the domination of the world and this power is too tempting to be handed over to a mere relative. In amongst the fanfare and majesty of King Horus (Nikolaj Coster-Waldau) being crowned over mankind, his uncle Set (Gerard Butler) comes to the festivities, not to honor his nephew, but to take what he feels belongs to him. In the aftermath of a battle for the crown, Set steals Horus' primary gift, his ability to see great distances and even into the future, and puts himself into the position of power. While claiming his position, he declares war against anyone who does not side with him. This develops into a war amongst the gods of Egypt, while Horus goes into seclusion.
On the mortal front, Bek (Brenton Thwaites) merely wants to steal away with the love of his life, Zaya (Courtney Eaton), away from all of the turmoil that ensues because of the celestial battleground. Yet, in his escape he must make a desperate bargain for her eternal soul with Horus that involves gaining back the god's sight and bringing him back into power. This epic journey takes these two unlikely travelling partners through battles with monstrous figures, gods of various abilities and internal battles of their own making. All of this leading to a celestial family feud of epic proportions. 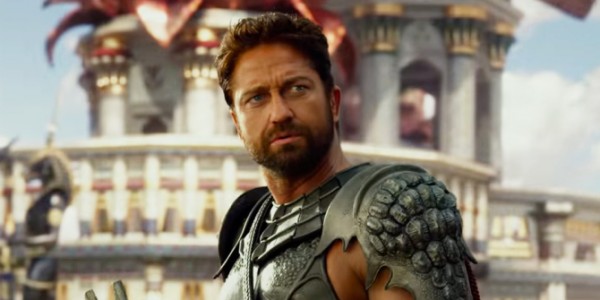 The Australian production of this Middle Eastern divinity tale has been plagued with difficulties and media scrutiny on a biblical scale. Pun completely intended. There has been enough said about the the lack of Middle Eastern actors in this film and the blow out costs of the production to keep gossip magazines in business. Gods of Egypt is primarily set on green screen sound stages and has the feel of mythical adventures of yesteryear. CGI effects take the place of claymation, but the writing and acting have not improved much since the Sinbad epics of the early 1970s and Clash of the Titans of the 1980s. The CGI effects are impressive, but they are reminiscent of many video games on the market today and do not break new ground.
Director Alex Proyas struggles to determine how serious we are to take this story. He struggles to determine if it is the gamer crowd or the Game of Thrones audience that he is trying to entertain. Due to his heavy reliance on special effects, the writing should deliver a balance with emotion and humour, but the majority of performances are quite two-dimensional in their delivery. Gerard Butler tries to portray the intensity of King Leonidas in 300, but does not prove to be as effective in the role of villain. Nikolaj Coster-Waldau must have forgotten that he's no longer on the set of Game of Thrones and does not seem to be able to stretch his thespian range beyond the brooding and misunderstood rebel. Geoffrey Rush even seems to be bored with his role of Ra, the god king. The only dimly lit spot of acting was found in Australian Brenton Thwaites, who seemed to be having a ball on the screen. It is unfortunate that Proyas could not have tapped into that energy and assisted the other characters to realise that they did not have to take this film so seriously. 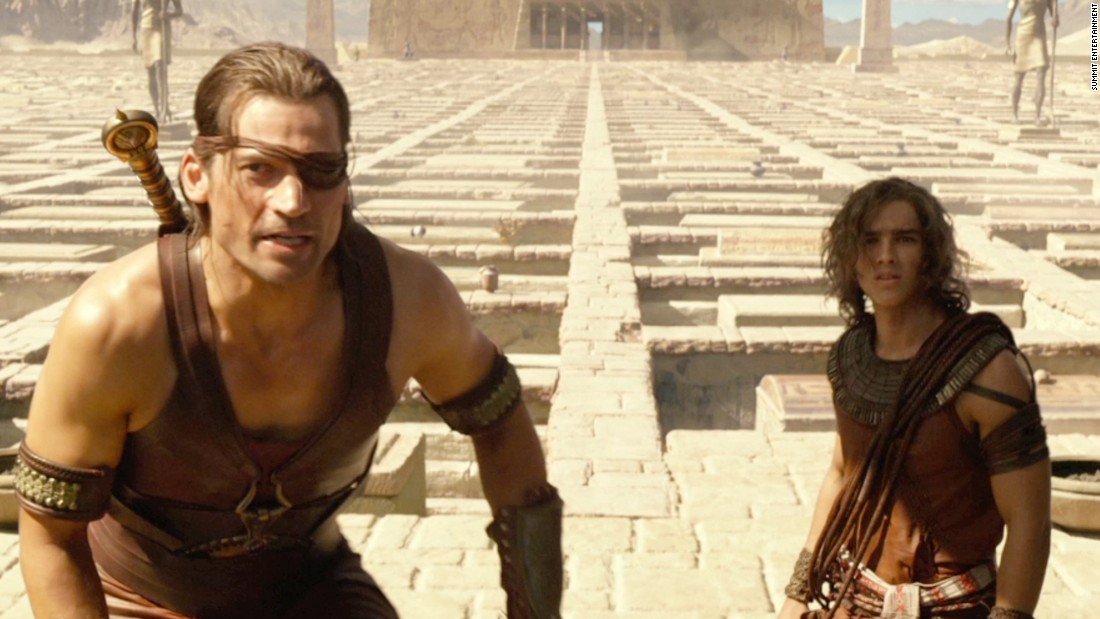 That does beg the question of a film like Gods of Egypt, is it meant to be taken seriously?  Should audiences be allowed to allow for suspension of disbelief when dealing with the mythology of a by gone era? Sure, that is what cinema is supposed to provide, entertainment, spectacle and allowance for disbelief. The challenge with this mythological outing was the makers seem to forget that this did not have to win any awards at the end of the day, but provide people with an escape by providing good effects, humor, action and adventure. This is where Proyas and crew failed to deliver and in the process produce a film that lacks most of these qualities. The gods would be angry with this portrayal of their efforts. Good thing they do not exist.
Rating
4.0
Pros