Since I finished reading Terry Pratchett and Neil Gaiman’s novel “Good Omens: The Nice and Accurate Prophecies of Agnes Nutter” back in high school, I’ve wanted to see what the story would look like on screen. I recall there being rumors of a film adaptation, starring the late Robin Williams and the late Alan Rickman as the Aziraphale and Crowley, respectively. But nothing came of those rumors, and as I returned to reread the book time and time again, I started to craft my own images for the insanity that befell Lower Tadfield on the eve of the Apocalypse. All of this is to say that, for those out there who have spent years loving this story, it might take you an episode or two to really get into this version. But once you manage to move beyond your own vision of how this story should unfold, I suspect you will fall head over heels in love with Michael Sheen (Aziraphale) and David Tennant (Crowley) – and all the rest – and enjoy this fun and delightful ride.

Now, if you have no clue what Good Omens is, the miniseries might not delight quite as much as it does for someone who has been waiting for it for so long. While the series is narrated by the Voice of God (Frances McDormand, whose calm and measured voice makes even the most insane elements of the story seem grounded in reality), it doesn’t spend much time explaining the nuances of the story for the uninitiated. Why is Queen the soundtrack for the film – but only when Crowley is driving in his car? Well, book readers know that all cassette tapes in Crowley’s car turn into the Greatest Hits of Queen after a month. But that explanation is left out. That’s a very minor plot point, but it’s emblematic of the entire production. Good Omens isn’t particularly concerned with explaining who everyone is and why they are involved in the story. Brush up on your knowledge of the Book of Revelation, just in case. 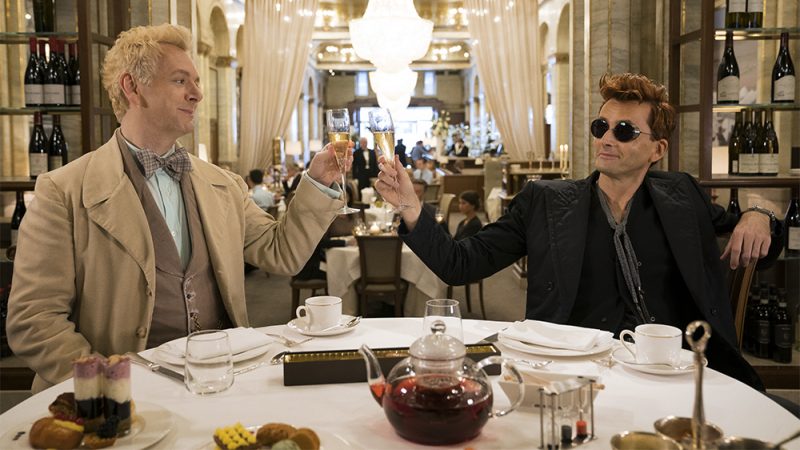 That being said, there’s an awful lot to love about Good Omens. Sheen and Tennant are spectacular, and their chemistry is electric. I hadn’t quite realized that the relationship between Aziraphale and Crowley is a love story, but man, it really is. I found myself completely emotionally invested in seeing those two crazy kids thwart the Apocalypse and then live happily every after in London, and that’s a testament to Sheen and Tennant, just as much as is to Gaiman’s strong script (his ability to adapt this novel is much more successful than his attempts to turn American Gods into a viable series).

The miniseries is also ripe with strong performances. Adria Arjona gives a star turn as Anathema Device, a character who never really stood out to me in the novel but steals the show every time she appears. The four young actors who make up Them are perfect. And is there a more perfect bit of casting than Jon Hamm as the Angel Gabriel? I think not (seriously, he’s hilariously funny and necessarily menacing as required, and clearly having a complete ball in the part). Across the board, there really isn’t a weak link in the star-filled cast (Michael McKean, Miranda Richardson, Nick Offerman, and Derek Jacobi all appear). 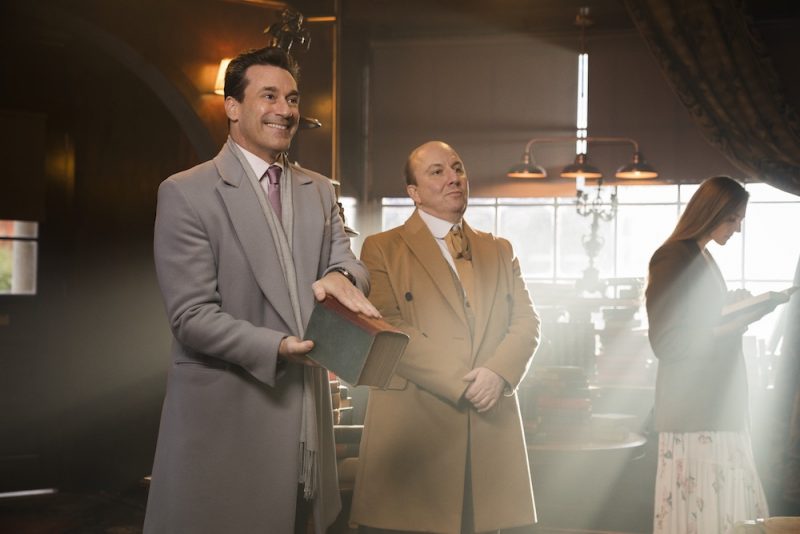 My one major gripe with the miniseries is in the handling of the Apocalypse itself. Sure, the visuals are pretty good (the only real disappointment if the appearance of Satan, voiced by Benedict Cumberbatch), but it just doesn’t feel like the stakes are particularly high. A lot of this is due to the miniseries short-changing the Four Horseman. They barely appear in the series (despite having two name actors within the quad in Mireille Enos (War) and Brian Cox (Death)), and they remain cartoonish rather than menacing. Yes, the story is meant to be tongue-in-cheek, but if the Four Horseman can’t induce some modicum of fear, there’s no reason to worry that Adam, the Antichrist, might actually choose to end the world. And, if that fear doesn’t exist, the entire final set piece of the Apocalypse just doesn’t feel right. It’s the only real misstep in the whole enterprise, but it’s a pretty big one.

But, despite that disconnect, I wholeheartedly recommend Good Omens as the perfect early summer binge. It’s witty, smart, and a joy to behold, buoyed along on the skill of Tennant and Sheen’s performances. It manages to hold up for the brief moments they aren’t on screen as well, shining when Arjona takes center stage. The story unfolds confidently, and while there’s some new material mixed in with the source material, it only serves to deepen the story and the relationship between Crowley and Aziraphale. Give Amazon six hours of your time this weekend and watch the world (almost) burn.

Good Omens premieres on May 31, on Amazon.