"Get ready to rock again... in a more lively setting"
By: Jeffrey Dy | PS4 News - Xbox One News | April 14, 2015
Activision has finally made it official that Guitar Hero is back. However, this won't be the game you remember back in the heydays of the plastic instrument war a few years ago. Guitar Hero Live features a new guitar, but more importantly, two new ways to play. The trailer for the game can be seen below.

Guitar Hero Live is all about performing in front of real crowds, which is more like FMV crowds. Do consistently well and the fans will go crazy, but not doing so hot and you'll see fans booing and even throw stuff at you. Yes, this is in a first-person perspective and the cartoony visuals are gone. Freestyle Games, the folks behind the DJ Hero games, are at the helm for this new Guitar Hero with tracks by Fall Out Boy, Black Keys and many more. 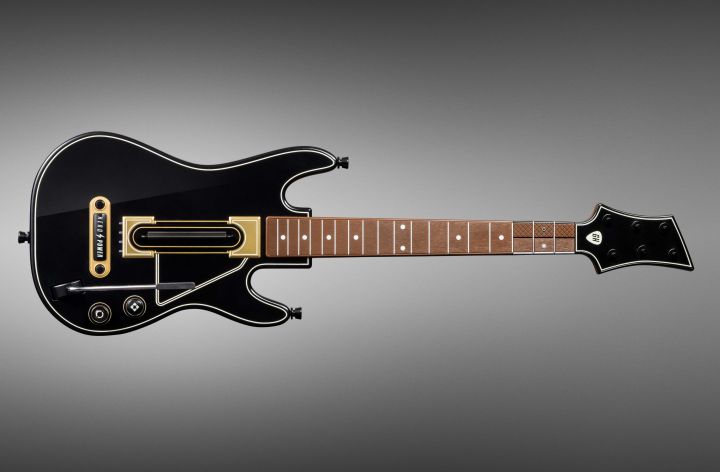 The guitar has undergone some changes as well. No more colored frets as they were replaced by six black and white buttons in two rows. Other than the live mode, there is also GHTV, you can play the songs with their music videos on the background. Activision has also said no backwards compatibility with previous games' DLC and instruments, so you're gonna have to start fresh with the new guitar.
Guitar Hero Live is out this fall and retailing for $99.99 with the new guitar for Playstation 4 and Xbox One. No official word yet if it's coming to older consoles, but it is safe to assume that this is a current gen game.