"Trou Normand,” the ninth episode of Hannibal’s first season, is the name of a traditional palate cleanser in French cuisine, and an apt title for an episode that saw several well-kept secrets emerge, secrets that will almost certainly have a colossal impact down the road.

After several weeks away, both Abigail Hobbs and Freddie Lounds return, teaming up to write a tell-all book, a decision that Freddie tells Abigail will clear her name in the court of public opinion - as apparently the world believes she helped her father kill his various victims. However, while the book may help clear Abigail’s name (and cushion her bank account, as the money from the sale of her family home will be going to settle the wrongful death suits filed by her father’s victims’ parents), it has caused both Will and Hannibal to worry that the story that emerges will do more harm than good, with Hannibal particularly worried that word will get out regarding Abigail’s murder (and Hannibal’s hand in the body disposal) of Nicholas Boyle.

Abigail Hobbs has been one of the season’s most interesting characters - not necessarily for what she has done on her own, but for what she means to our main characters. To Alana, she is a broken young girl that Dr. Bloom is desperate to help heal, a girl that is so broken and fragile that Alana is unable to look beyond the image she has created to see the real reason why Abigail is so broken (granted, Alana seems to have difficulty looking beyond the surface when she doesn’t really want to see what’s there, if her assessment of Hannibal is anything to go by). To Will, she is a surrogate daughter, a physical manifestation of his guilt over the killing of Garret Jacob Hobbs. If he can save her, he will be absolved, and the stain Garret Jacob Hobbs left on his psyche will disappear. It is that desire to protect and save that makes Will agree to keep Abigail’s killing of Nicholas Boyle (and Hannibal’s hand in the body dump) from Jack, finally driving the wedge between them that Hannibal has been pushing for weeks. To Jack, Abigail is a puzzle with pieces that don’t quite fit, and he’s determined to find a way to make them fit together, no matter what the cost (and with Hannibal so invested in Abigail, the cost to Jack could be huge). 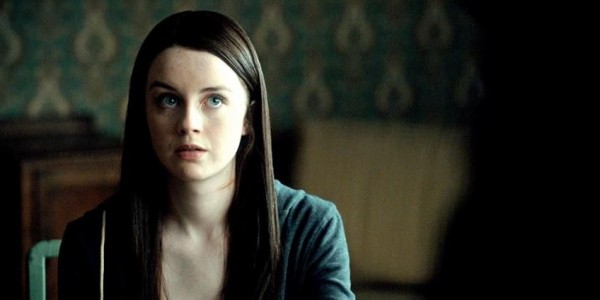 Most interesting is the relationship between Abigail and Hannibal. Part of me has been wondering if he is somehow trying to mold her into a protégé of sorts, but until the final kitchen scene, I had repeatedly dismissed the idea, as a single murder (one might even argue a self-defense killing) does not a Hannibal Lector make. But Abigail’s confession to Hannibal that she was responsible for grooming her father’s victims, that she lured them to her father, and that she knew what he was doing all along (even though she quite rightly claimed it was them or her), paints Abigail in a slightly more sinister light than before. Hannibal’s offering of comfort, calming his surrogate daughter as she cleansed her soul and cried, shows us Hannibal at his most caring. But now that he has his confirmation that Abigail has more darkness in her than previously known, what will this mean for her future in his care? And how long will he be able to offer her the protection he has promised (a promise that appears to be quite genuine), with the FBI still looking into the Chesapeake Ripper case?

With only four episodes left this season, the characters have been moved into an interesting configuration. Will has now officially aligned himself with Hannibal, which ups the stakes in the developing cat and mouse game between the characters. In addition to the Abigail secret, Hannibal is the only person who knows that Will’s mental state is precarious at best, and that Will will do everything in his power to keep that secret away from Jack out of guilt over being unable to solve future murders. Jack and Will are now completely at odds, as are Alana and Jack, with Alana unable to see beyond her own images of both Abigail and Hannibal, which could be devastating for her career when the truth emerges. Finally, Hannibal has insulated himself as best as he can, with Will on his side (and spiraling out of control, a devastation that Hannibal is allowing to occur) and Jack the odd man out. With the battle lines drawn, it will be interesting to see where everyone ends up as the final episodes unspool. 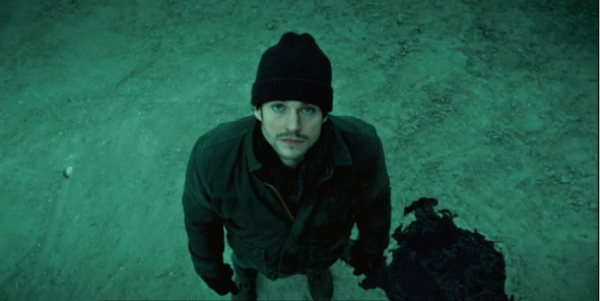 -- The killer of the week, while a mildly interesting case (that thematically tied into Abigail’s book deal with the theme of leaving a legacy behind), feels like it draws time away from the more interesting interactions between Hannibal, Will, Abigail, and Jack. I would gladly give it up to spend more time with our main characters.

-- It looks like the budding romance between Will and Alana is officially off, at least until Will becomes mentally stable, which certainly doesn’t look like it will happen this season.

-- During the great dinner scene, Freddie seems to indicate that she’s a vegetarian. Seeing as she’s almost certainly destined to be a future dish at one of Hannibal’s meals, it's a nice little moment.

-- Will’s hallucinations are getting worse, from his losing time at the crime scene and then teaching to an empty classroom. The classroom incident is particularly jarring and I wonder how many times he has done it in the past, particularly since there is usually at least one classroom scene in each episode. Has Will been talking to empty rooms for weeks without us knowing? And seeing as he is often interrupted by either Alana or Jack, how long have they known of his mental troubles, and does Jack know more than he’s letting on?

-- Will figures out extremely quickly that Abigail was the one behind Nicholas’s murder. While Hannibal was able to convince Will to protect both Abigail and himself, I wonder how long Hannibal will be able to keep Will off his trail, as I don’t think a quiet heart to heart will stop Will from reporting Hannibal to Jack, no matter how many secrets Will keeps from him.

-- Finally, it's nice to see Alana actually take strong stances on issues - from officially ending the Will romance to backing Abigail’s innocence. I just wish Alana was proving to be a better profiler than she appears to be.