Following her promising, bone-crunching debut in Steven Soderbergh’s Haywire, MMA champ-turned-action-starlet Gina Carano is in talks to join the cast of the sixth entry in the hugely popular “Fast and Furious” franchise.

The tough beauty would join regulars Paul Walker and Vin Diesel as well as Fast Five addition Dwayne Johnson. Most of the supporting cast is also expected to jump back on board. Back in October it was also rumored that Jason Statham was linked to the next installment, but nothing has been validated. 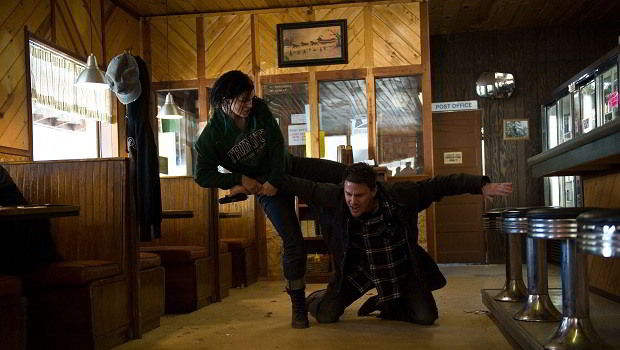 What specific role Carano might tackle is being kept under wraps (she is rumored to play a member of the team hunting our leads), but should jump at the chance considering the profile of the film and the fact that her upcoming acting slate is still rather sparse.

Joining “Fast and the Furious 6” or "Fast Six" or "Fast, Furious and Sixy" — whatever they decide to call it — would be a huge leap in profile for Carano, but considering the ensemble-style construction the recent sequels have been leaning toward and her considerable charisma and screen presence, she seems like an easy fit.

The sixth entry comes off the colossal $626-million global gross of Fast Five and will be directed by Justin Lin (who helmed the last three). It is set for a May 24, 2013 release.