After this summer’s popcorn action blockbuster Star Trek Beyond, Chris Pine really shows off his versatility in the quiet, introspective Hell or High Water. David McKenzie brilliantly directs this story of a pair of bank-robbing brothers in West Texas, and the rangers on their tail. Taylor Sheridan, of Sicario fame, pens the tight script.

Ben Foster is electric as Tanner Howard, the ex-con older brother, whose manic energy drives the movie to its peak, tempered by Pine’s Toby, a family man at heart, if not a very good one. The chemistry between the two of them is effortless, and scenes which could have been rendered clumsy by the need for exposition ended up far from it. A mother recently dead from a long illness, Tanner recently out of prison for murdering her abusive husband, Toby’s messy divorce and the two sons he left behind - this tapestry serves as a backdrop for the desperation-fuelled attempt to save their mother’s ranch by stealing enough money from the very bank they owe. 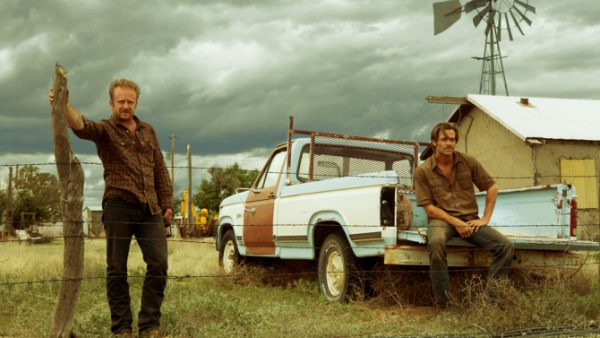 There’s an implicit trust between the two brother, juxtaposed against the gulf between their experiences and their outlook on life. Tanner is reckless and daring, unconstrained by fear of consequence, whilst Toby is fixated on it. His cautiousness battles the urgency pushing him forward, and Pine delivers a very mature performance as a weary son, brother, father, old beyond his years.

The familiar banter is interspersed with long stretches of Texan countryside, a different getaway car every time hightailing it out of each town they hit, set to a soundtrack of Texas country blues. The film is intrinsically rooted in its location - the Texas Midlands Bank being the source and the solution to all their problems. The highways are populated with billboards offering debt solutions - evidence that this story is merely one of many. The accents and the cowboy hats, the “yes ma’am”s and the twanging guitars all create a vivid picture of the very environment the characters are so dissatisfied with. 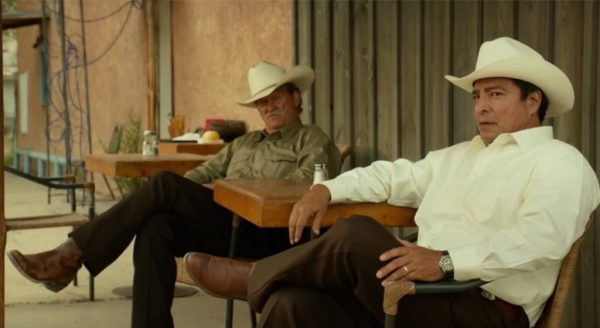 The other pair of characters consists of Jeff Bridges as the sly-witted ranger Hamilton, weeks away from retirement, and his long-suffering partner Alberto, played with humour by Gil Birmingham. Alberto’s half Native American, half Mexican status, and Hamilton’s flippant jokes regarding it make a powerful statement regarding race politics in the US, that adds to rather than detracts from the journey of the film. The dynamic is sharply funny. “It’s those comments you’ll miss about me when I’m gone, what you’ll smile about as they lower me into my grave,” Hamilton says. “I hope that happens tomorrow,” Alberto shoots back, but Birmingham’s unobtrusive smile speaks to a brotherhood between the two men more than words could.

Dealing with issues of class, race, and age with a refreshing directness, Hell or High Water is more than the car-chase film it appears to be. Pine delivers a speech, the real core of this film full of bank notes: “I’ve been poor my whole life,” he says. “So were my parents, and their parents. Poverty is a disease.” That’s his burden to overcome, if not for himself then for his children. Hamilton’s urgency stems from his encroaching retirement, the fear of empty days once his usefulness has run its course. Tanner is a victim of his circumstances - the poverty, the abuse. Alberto is a mixed race person of colour working as a ranger in Texas: enough said. The film acts as a critique of America's social system, which punishes the poor and the marginalised, and spits out those whose productive years are behind them. A faceless bank as the omnipresent villain isn't exactly subtle, but it does the job. 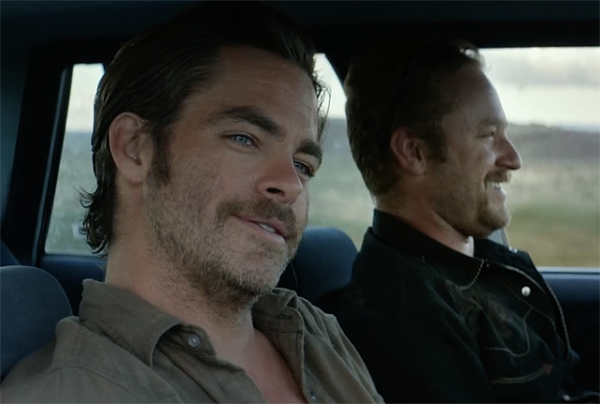 The four of them make for a captivating film, boosted by stunning cinematography and a fantastic script. 2016 has seen a lot of tired superhero sequels and reboots, and this original story is a breath of fresh air. A western in genre, but firmly modern in style, Hell or High Water is a nuanced exploration of family, and money, and the lengths people will go to for both.

In any film starring Jeff Bridges, one would expect Jeff Bridges to undeniably steal the show, yet the cast all hold their own, with stand-out moments from each of them. The genuine camaraderie seen in cast interviews really shines through: a rare genuine ensemble film 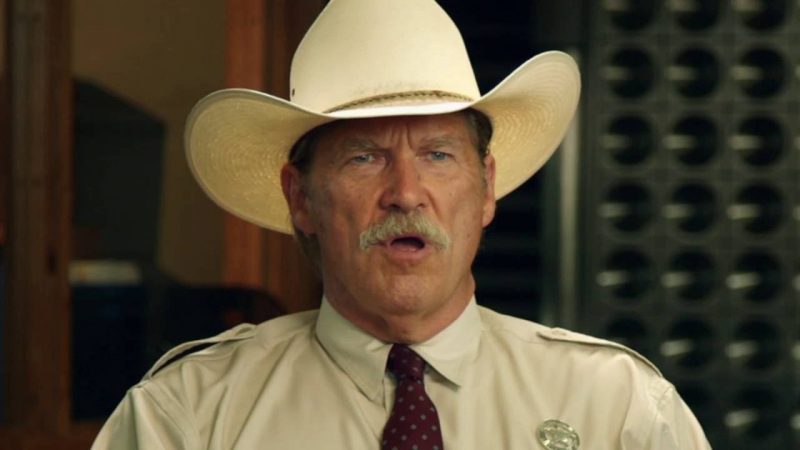 The movie is littered with moments of shocking violence, used sparingly to great effect. The tension of the chase, the trap, the desperation, all culminates in a final, brutal firefight. I won’t give anything away, but whilst the bloody battle is the peak of the film, the true ending, the quiet conversation which follows it, is where the real genius of the film lies. It is both explosive and contemplative, not revelling in violence, but instead analysing the motivations and justifications which lead to it.

Ultimately, it is the message of hope which lifts the film. We are used to our heroes being antiheroes, vagabonds, on the wrong side of the law, but what makes Hell or High Water different is the characters’ own attitudes towards that very fact. Tanner knows he is irredeemable, and Toby acts for the betterment of his children, so that his sons might turn out better than he did. A beautifully shot film, full of sharp wit. A masterclass in dramatic tension. An almost Tennessee Williams-esque examination of the human condition. Bravo.