Although performing more like your average blockbuster than may have initially been anticipated, The Hobbit: An Unexpected Journey still towered over its competitors in weekend number two before falling to third in the wake of huge openings for award hopefuls Les Misérables and Django Unchained on Christmas Day.

Dropping in line with other blockbusters this year (Skyfall, The Dark Knight Rises) and identically to 2007 holiday smash I Am Legend, The Hobbit: An Unexpected Journey added $36.9 million for a domestic tally of $150.1 million. 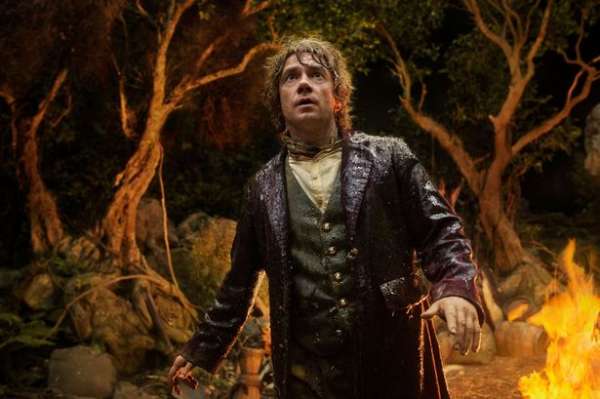 By Christmas day the fantasy adaptation has upped its cume to $168.3 million and a huge $456.8 million globally. Strong audience approval and the fact that kids are now out of school should mean some strong grosses ahead.

Other newcomers over the pre-Christmas frame performed more sluggishly including Jack Reacher, This is 40 and The Guilt Trip, which by Tues have reached so-so totals of $23.5 million, $14.5 million and $11.1 million respectively.

The Top 10 (For Christmas Day)

The big news at the box office came on Christmas Day where some of the three new releases not only broke records, but shattered projections regarding their financial clout.

Posting the second best Christmas Day opening gross of all time (behind just Sherlock Holmes which benefited from a Friday start) and best ever for a musical was the lavish Les Misérables, which grossed a huge $18.1 million. Substantial early ticket sales certainly pointed to a success for the Tom Hooper-directed musical but this is nothing short of impressive.

Equally potent was Tarantino’s Western revenge epic Django Unchained, which wasn’t far behind with $15.0 million. This is by far the highest grossing Christmas Day gross for an R-rated film and the third best of all time among openers. The Tarantino name, goodwill from Inglorious Basterds and great reviews proved to be he perfect combination, not to mention serving as solid counterprogramming overall.

Also surprising in fourth was Billy Crystal comedy Parental Guidance, which despite horrid reviews, little pre-release buzz and plenty of competition took in $6.3 million. This is double what Gulliver’s Travels took in on its opening day, so expect a solid final tally as the holidays play out.

In four theaters, Oscar hopeful Zero Dark Thirty continued to post daily averages over $20,000 for an early total of $869,000 and with other contenders Lincoln and Argo fading, the Bin Laden epic hopes to capitalize on its buzz and post some impressive numbers.