The first thing I said upon finishing Amazon's excellent new thriller Homecoming was, "Wow, I forgot how good Julia Roberts is." And I suspect that's going to be the major headline for most of the reviews of the series: Julia Roberts is a star, and this show reminds us just how engaging she can be when given a really great role to sink her teeth into. But I'm getting a bit ahead of myself . . .

Homecoming is a smart, well-crafted puzzlebox thriller that doesn't let the mystery overwhelm the interesting and complex characters at the heart of the story. I watched all ten episodes of the series before finding out that the show was adapted from a fictional podcast series of the same name, so unlike some viewers, I went into this with absolutely no idea what the story might bring. And, aside from a bit of streaming bloat in the middle of the series, I was absolutely swept up in the series and the show's central mystery. 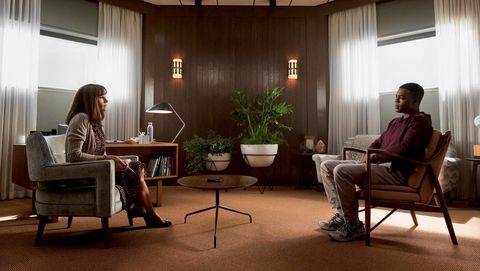 Homecoming, it turns out, is a privately funded Department of Defense program that helps soldiers returning from deployment cope with PTSD while developing the necessary skills to assimilate back into society. Or, at least that's what it purports to be. Roberts is Heidi Bergman, a therapist hired to work with the men. She develops a particularly close relationship with one soldier, Walter Cruz (a brilliant Stephen James), who has seen some of those closest to him killed in the line of duty. It's this relationship that grounds the entire series- and the show is at its best when Roberts and James are simply talking to each other (seriously, there's some fun mysteries baked into the series, but I never enjoyed the show more than in the simple scenes with these two wonderful actors).

The ease between James and Roberts helps their scenes to soar, and you genuinely want to see their two characters make it out from the quickly darkening world around them unscathed. Both actors are helped by the show's supporting performances, most notably Marianne Jean-Baptiste as Cruz's suspicious mother (she knows something is off about Homecoming, but can't put her finger on it) and Shea Whigham as a DOD investigator who stumbles across Homecoming in his work and tries to figure out just exactly who is bankrolling this enterprise (and why his superiors don't seem nearly as interested in his investigation as he thinks they should be). There are some other big names, including Sissy Spacek as Heidi's mother, Dermot Mulroney (in a My Best Friend's Wedding reunion with Roberts) as Heidi's boyfriend, and Bobby Cannavale as Heidi's flashy, rich asshole of a boss, but the heart of the series is James and Roberts. Walter and Heidi are the show's most layered and complex characters, and they are the key to what make the show tick (when neither is on screen, which is rare, things tend to grind to a halt). 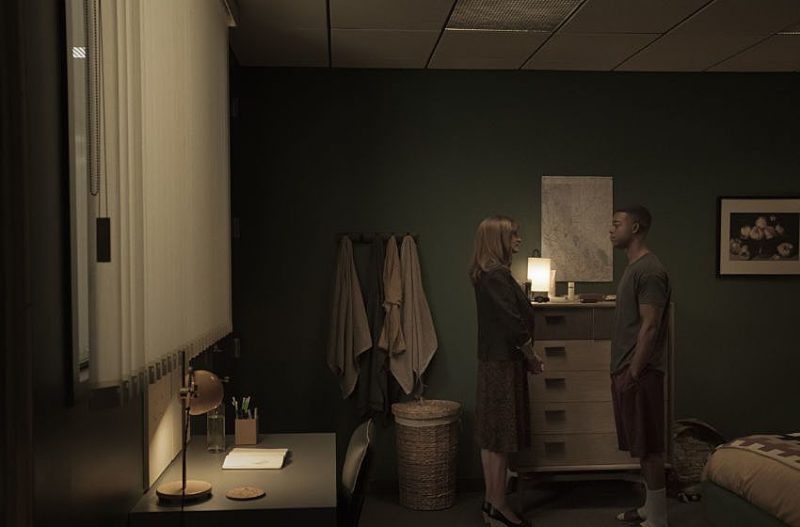 The writing for the series is spearheaded by Eli Horowitz and Micah Bloomberg (who helmed the podcast), and the series is directed and executive produced by Sam Esmail (Mr. Robot, bringing the same aesthetic to this series that he brought to that smart, albeit overly twisty at points, show). It's gorgeous to look at, with interesting camera work and some pretty cool visual choices in how the series is edited together. My only complaint with the series is that is begins to drag a bit around episode seven, where the audience is so far ahead of Heidi in her quest for the truth that it becomes trying to wait for her to catch-up. But when she does? Well, I was incredibly satisfied, both narratively and emotionally with the series ending- and it's been awhile since that has happened with a first run show.

Homecoming is a series built to binge, increasing the tension episode by episode (and, as each episode clocks in between 25 and 40 minutes, it's a quick binge as well) without ever losing sight of the characters. It's a credit to Horowitz, Bloomberg, and the cast that each character continues to resonate on a deep level throughout the series. We care about Heidi and Walter immensely by the season's end and desperately hope they get as close to a happy ending as possible. We want to see the bad guys punished (whether or not that happens, I won't say). It's an expertly crafted show, even with the drag in the middle (an eight episode season would have been perfect). I can't see how they show could possibly continue with the same characters for additional seasons, and I honestly hope that it doesn't, as this small slice of their lives is pretty perfect. But it was wonderful to see Julia Roberts back in a role fitting of her talents, and it was great to see Stephen James (who I suspect is on the cusp of breaking out into stardom in the upcoming film If Beale Street Could Talk) shine. Is Homecoming the next Breaking Bad? No. But it's a well-done series that delivers on its narrative promises. And I recommend it.

Homecoming premieres on November 2, 2018 on Amazon.